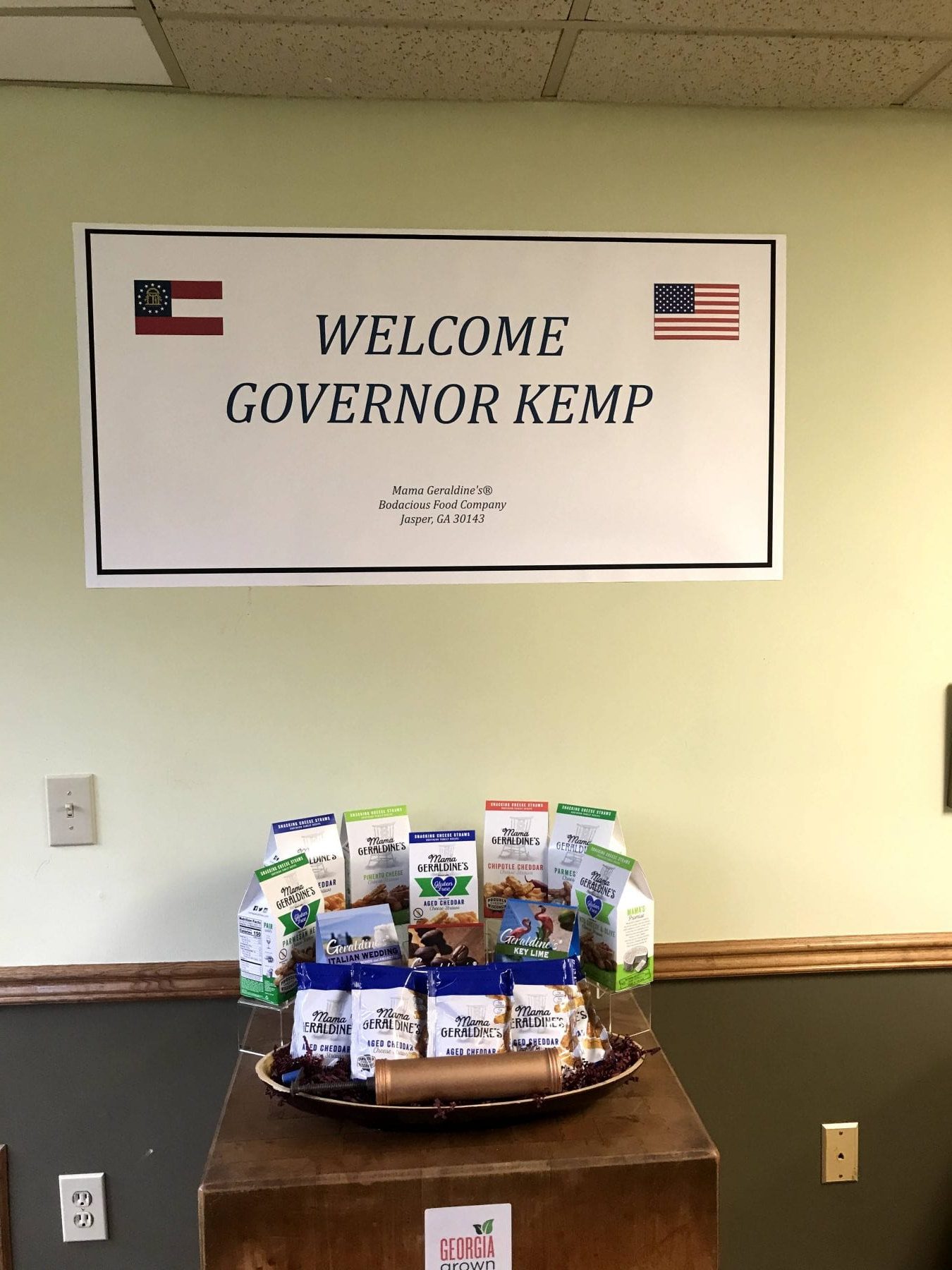 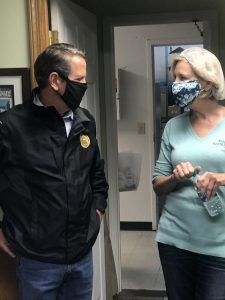 Cathy Cunningham wanted her mama’s cheese straws to be to snack foods what Tabasco was to hot sauce-the name everyone knew. So, she launched Bodacious Foods in Jasper to produce Mama Geraldine’s cheese straws.

The energetic Cunningham said she didn’t know anything about food, except she liked to eat it and that her mother, Geraldine Cunningham, made cheese straws that everybody “descended” on. So, she bought a small facility in Jasper and started producing them in 1999. She picked the name “Bodacious Foods” because bodacious is the best compliment a food can be given.

“It was a rough road because we didn’t have the business to support a facility. When you operate your own business, it’s like you are holding up the wall you are back against,” she said.

That’s why she appreciates Governor Brian Kemp’s efforts to help small businesses. He toured her facility on Tuesday as part of his tour of North Georgia businesses.

When asked about how the COVID-19 pandemic affected her, she quickly expressed gratitude. 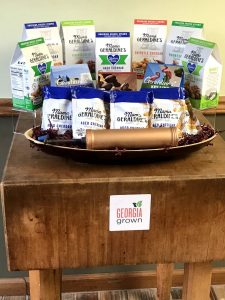 Cathy Cunningham said her company, Bodacious Foods was blessed with health and the ability to keep serving cheese straws during the pandemic.

And unlike the recession of 2007, which left Bodacious Foods struggling from 2009 to about 2013, the pandemic had a much different impact.

After a three-week furlough to clean and sanitize the entire facility, the 15 or so employees returned to satisfy orders that were coming in like crazy.

Then her buyer informed her that Mama Geraldine’s cheese straws would hit shelves in Walmart in July, not the originally planned October.

“That was good because traditionally, July is a slower month for us,” she said. All of it, she added was a “huge blessing.”

To reward her employees for a good attitude, she offered bonuses.

“We had to wear the masks anyway so I told them they would get a $50 bonus each week they didn’t whine about it,” she laughed.

Kemp spent the day visiting facilities like Bodacious Foods, where he told Cunningham that he’d send his wife, Marty, back to stock up on cheese straws.

Cunningham said she met Georgia’s first lady shortly before the pandemic when their pimento cheese straws were a finalist for Georgia’s favorite snack.

“She came up and told me she loved my cheese straws,” Cunningham said. 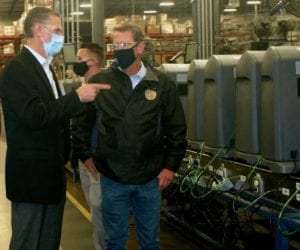 Earlier, Kemp visited another company that weathered the COVID-19 pandemic. CAIRE Incorporated is a medical device company that specializes in oxygen systems.

Kemp listened to Earl Lawson, President and CEO, tell what their company does, including providing oxygen large enough for hospitals and small enough for individuals to carry.

“We are leaders in the portable oxygen,” he told the governor.

They also provide portable oxygen for the military and purification for oxygen at places like the Atlanta Aquarium.

Although Kemp did not take questions, he issued a prepared statement to the employees at CAIRE.

“It was with pleasure and pride that I learned more about CAIRE’s contribution to fighting the global COVID-19 pandemic. The products that you manufacture have enabled patients to leave the hosptial and recover at home with the oxygen they need to stay alive,” the post read. 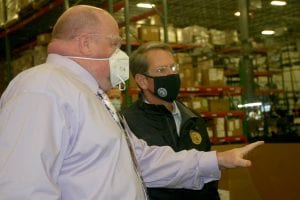 “We appreciate the support we received from the state and its governing bodies as we navigated the complicated logistics of ensuring our global supply chain stayed open throughout the initial impact of COVID-19 pandemic. Our communications began early on as we ramped up production here in Georgia, and it continues today as we see sustained demand globally,” said Lawson. “I see the Governor’s visit as an opportunity to shine the spotlight on our hard-working employees, particularly those working on the frontline of manufacturing our oxygen therapy solutions. It also allows us to share more about the products we make and the critical role they play in the lives of those who are recovering from the virus safely at home.” 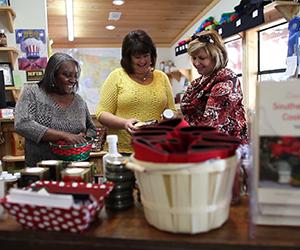 Georgia continues to reopen and Kemp said it is important for people to feel comfortable.

Kemp’s policies drew criticism during the early phases of the pandemic, but Georgia has rallied business wise. According to the website for Georgia Department of Economic Development, after the June, the state announced $2 billion in new investments and in the first two months of fiscal year 2021, August and September, new investments were more than $1.2 billion.

August data shows job creation from new Georgia projects has already reached one-third of the total jobs reported for fiscal year 2020, and investments are up 11%-percent more than July. Despite COVID-19, job creation is 1.5 times higher than the same two months last year.

Florida Governor Ron DeSantis recently announced his state would lift all restrictions and allow the businesses to re-open, in a move cheered by some and booed by others. When asked if Georgia planned to reopen in a similar fashion, Kemp said opening was “on-going.”

“Parts of our economy never closed and we started opening back up in April and since Labor Day, schools are opening,” he said. “It’s pertinent to us that the numbers keep going down while we open.”

He continued by saying that currently, the concern is the tourism industry. 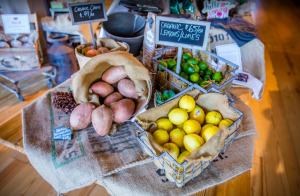 Georgia has been able to capture major investments despite the pandemic.

“Honestly, it’s anything connected to the airlines,” he said. This includes business travel and conventions.

“It all filters down to restaurants and other small business people,” he said.

He stressed that this was where following the guidelines -mask, social distancing, and washing hands-were important.

“It’s up to the public to feel comfortable getting on that airplane, staying in the hotel, or traveling again. That will continue to help our economy,” he continued.

Kemp said another part of the economic equation was getting displaced workers into jobs.

“We are working really hard on the real economic development projects through July and August. It was record setting and a lot of those projects are outside the metro area,” he said.

Kemp went on to say that they were looking at adding more job training programs to help facilitate getting people into the jobs Georgia has including medical, welding, and electrical position.