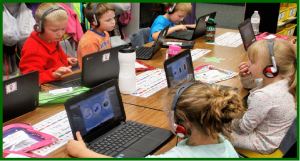 Contributed photo
ESPLOST funds are used to help the school upgrade and get new technology for students.

The Pickens County BOE heard about ESPLOST and named a new board member at Thursday’s meeting.

Aaron Holland was selected to fill the vacant seat on the board of education. The unexpired term of Joeta Youngblood was left vacant after she resigned in late August due to a change of residency which put her out of District Two, where she served. District Two covers Talking Rock,  Truckwheel and Big Ridge. 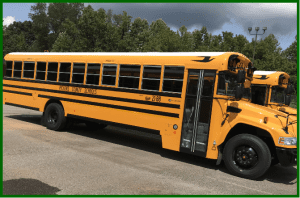 Contributed photo
The ESPLOST is a continuation of the current one-percent tax that helps the school system replace buses.

According to school attorney Phil Landrum, three people submitted letters of interest, but one did not live in the district and was disqualified. The board selected by unanimous vote, Holland.

Dr. Rick Townsend, superintendent of Pickens County Schools, said plans were being made for the next Education Special Local Option Sales Tax, or ESPLOST and encouraged those in attendance to support the tax.

“It helps with the bottom line when we have to purchase buses or technology,” he said. “We want people to see how it’s used.”

Townsend added that previous ESPLOST projects had saved the system money, even allowing them to roll back the millage rate.

He pointed to Pickens Junior High School extensive renovations and how upgrading and renovating current structures to get 15-20 more years of use out of them rather than building new facilities was more practical. 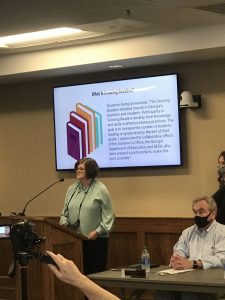 Photo by Susan Kirkland
Growing Readers is a program helping young readers develop those skills in a fluid flexible way.

“It’s a better use of taxpayer money,” he said.

He explained the one-percent sales tax was not a new tax, but a continuation of the the current ESPLOST that was in place. The funds allow the school district to fund capital improvement projects without using property tax revenue.

Anita Walker, Director of Curriculum and School Improvement shared how the Growing Readers initiative was changing how reading was done in the elementary schools. 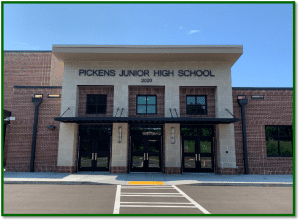 geared toward each student’s needs.

Walker said that based on Milestone Assessment data, Pickens County had the highest district wide English, Language Arts average in five years but 54 percent of the the fourth-grade students were not reading at proficient levels.

Amy Smith, chief financial officer for the district, told the board that the SPLOST revenue showed a significant increase in August. The school system received $800,136.64 in SPLOST revenue, a significant increase from the $506,196.14 monthly average. Although she was still researching what caused the increase, several counties received funds erroneously sent to the state fund.