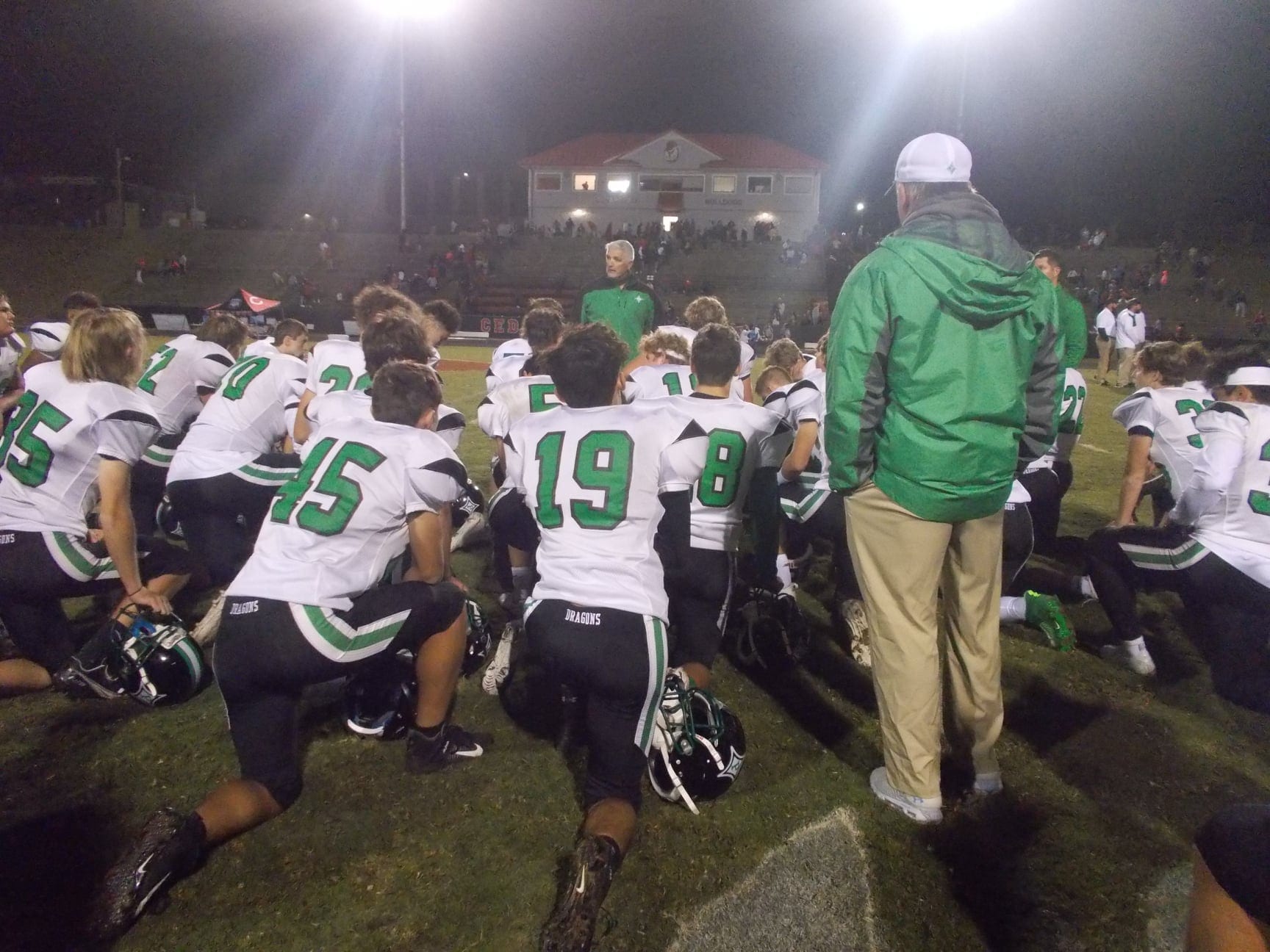 Cedartown, Ga — On October 16th, the Pickens Dragons made one of the longer trips of the season to Polk County where they met the Cedartown Bulldogs to start 7-AAAA play. These two teams have met 6 times previously with the last meeting coming in 2013. The last time Pickens came to Cedartown in 2012, they came away with the win in a game that featured former University of Minnesota and Dragon great Shannon Brooks along with former University of Georgia standout and current Cleveland Browns running back, Nick Chub

The Dragons won the toss and elected to receive to begin the ball game. Pickens came out with a a strategy of using a quick pass game plan as Cedartown was bringing pressure early. The Dragons went for it on 4th down near midfield and appeared to make the line to gain, but it was ruled short and the Bulldogs took over. On their opening possession, Cedartown would also be faced with a go for it on 4th down situation. They chose to go for it and the Dragon defense stood tall and held them. Just before the end of the first quarter, things got a little wacky. After forcing the Bulldogs to punt, the Dragons reached into their bag of tricks and pulled out the old double pass play. Sam Streicher hit Jarod Whitmore who then connected with a wide open Andrew Burrell for a 56-yd touchdown and a 7-0 lead. The Dragons had more surprises for Cedartown as they then went for an onside and recovered. Going to the second quarter, Pickens led the Bulldogs 7-0. 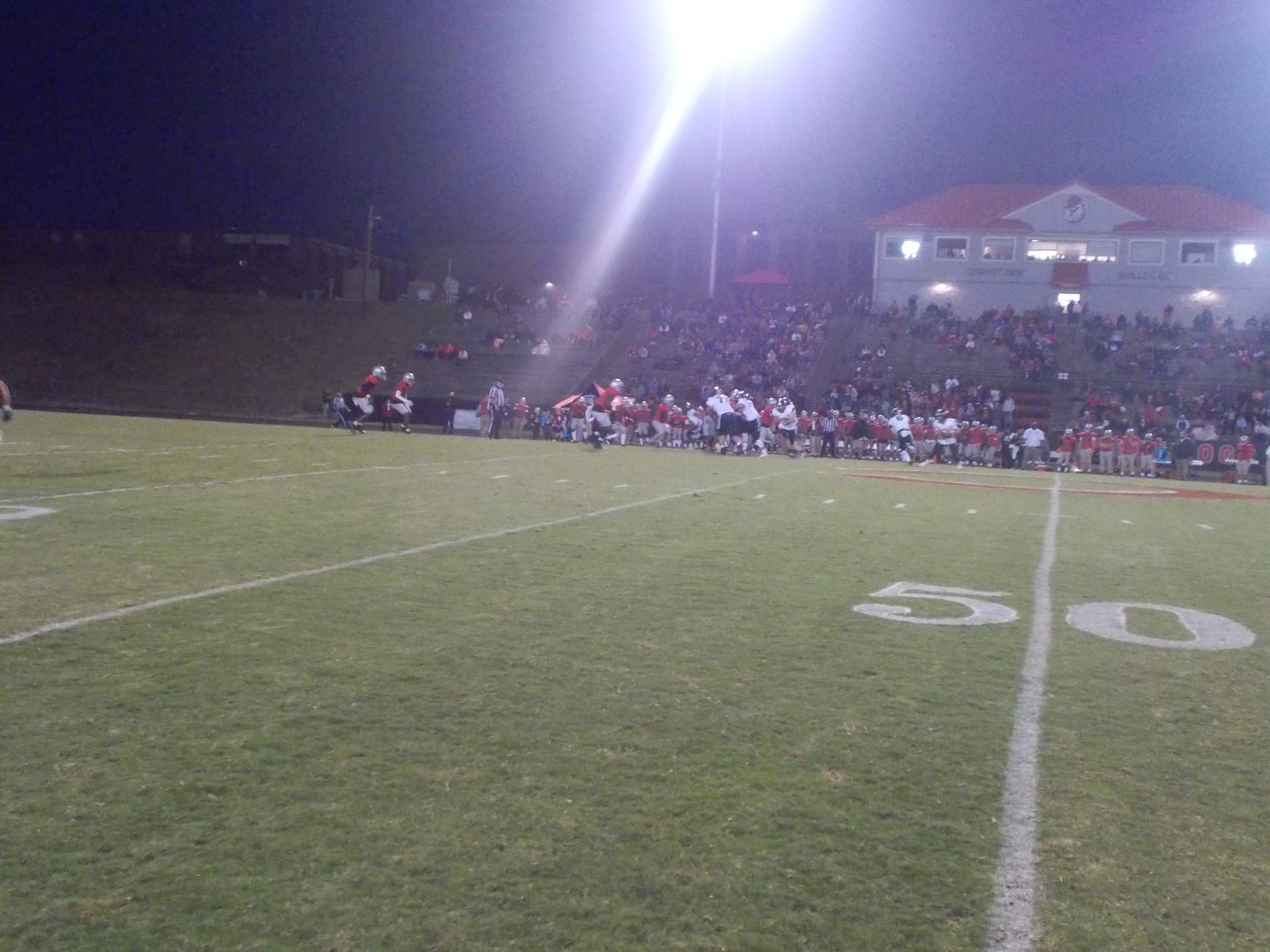 Dragons driving to begin the game 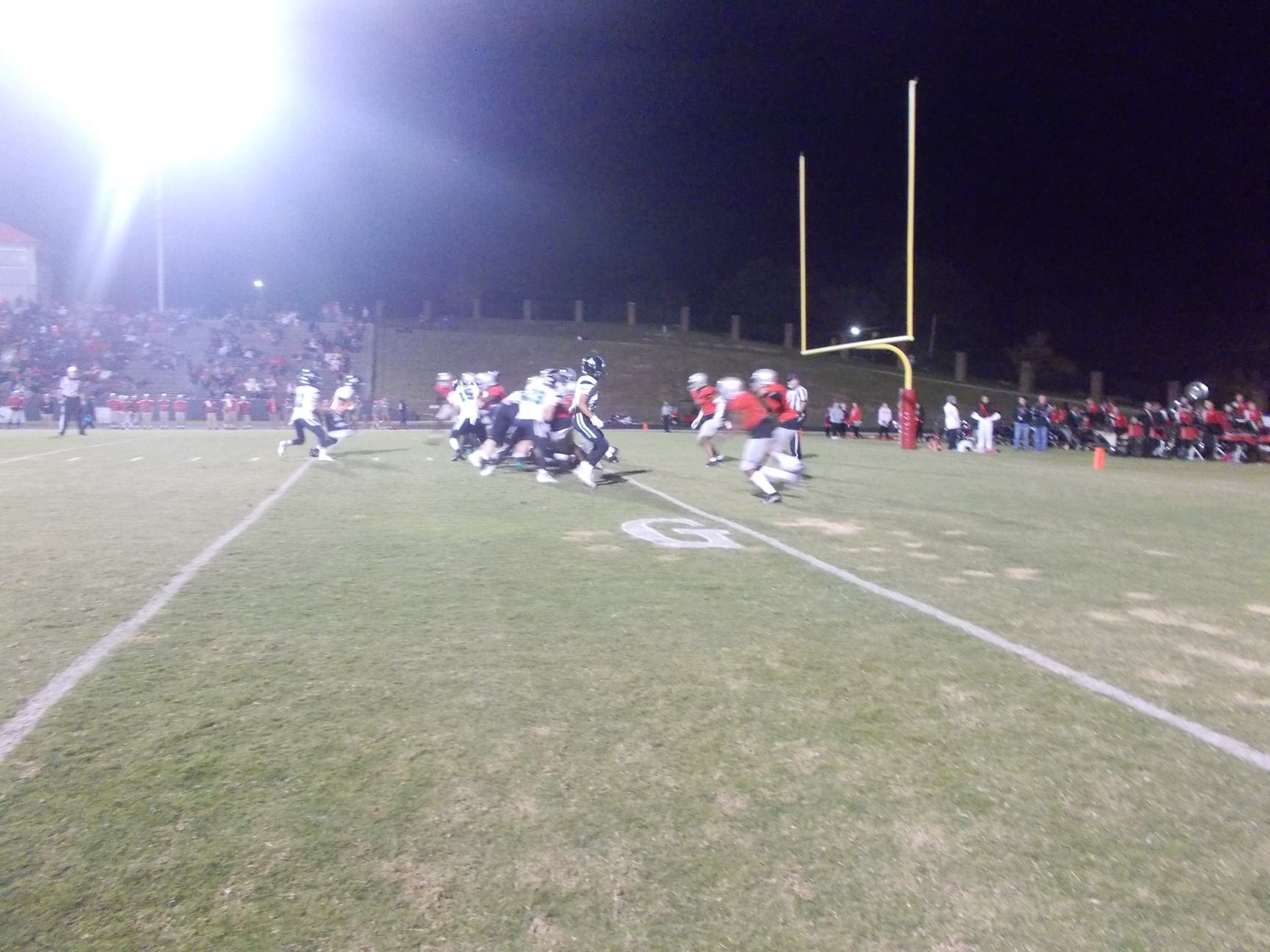 In the third quarter, Cedartown took advantage of some miscues by the Dragons and turned those miscues into touchdowns. The Bulldogs scored three times off of turnovers to take the lead over Pickens going to the fourth, 31-14. 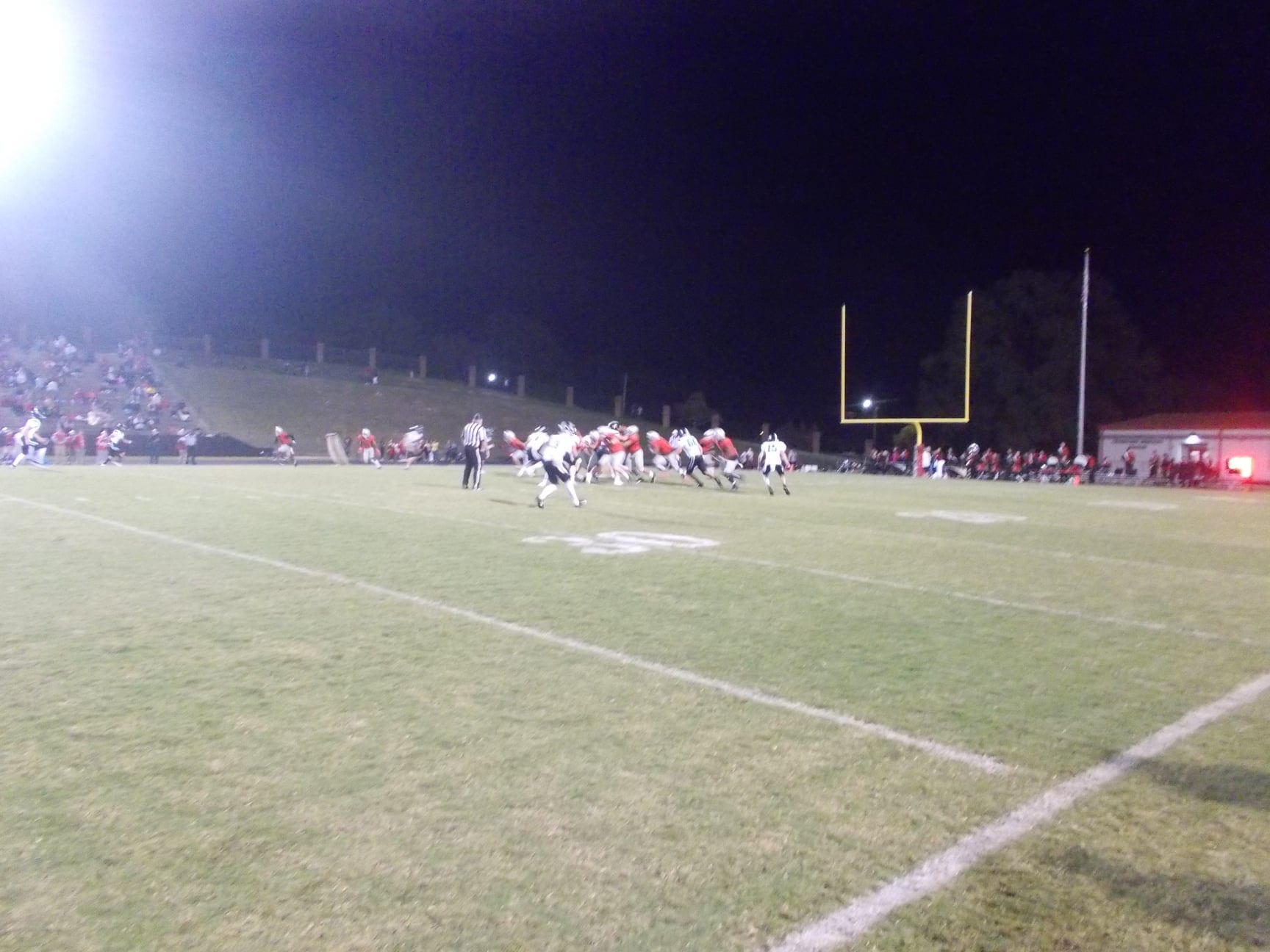 In the fourth quarter, Cedartown added to their lead with touchdown runs of 84, 11, and 35 yards. Pickens ended the ball game with something positive as Streicher found Tom Frechette in the corner of the end zone for a 14-yd touchdown pass. Final from Cedartown: Bulldogs 52 Dragons 21.

Next week, the Dragons will be back home as they welcome the Ridgeland Panthers into town as they continue 7-AAAA play. Ridgeland picked up it’s first win of the season against Heritage 21-14, holding on after leading 15-0 at halftime. Kickoff is set for 7:30.