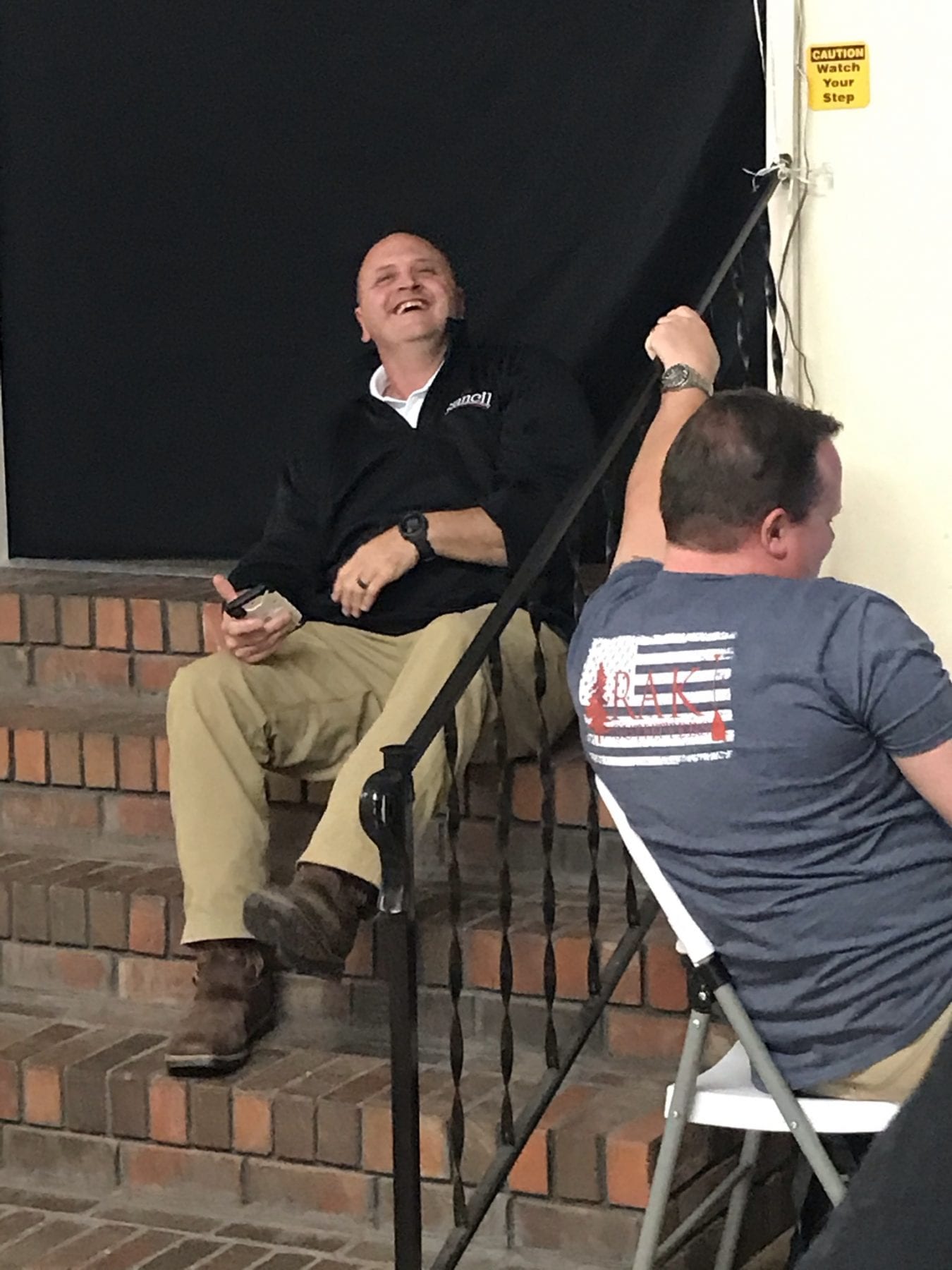 Kris Stancil said he wants to make upright decisions and bring the community together for common goals. 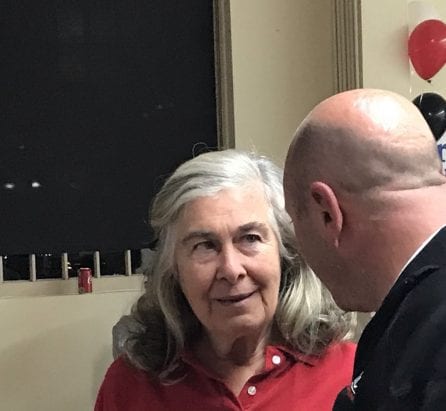 He will take the helm as the new chairman for the Pickens County Board of Commissioners. Tuesday’s win against independent candidate David Shouse brought a two-year campaign to close.

“It feels like it’s gone on and on forever,” said Stancil to a group who gathered downtown to watch the election results come in with him. Most wore campaign shirts and cheered when the numbers posted around 11 p.m.

Stancil said the victory was “humbling.”

He ran on the platform of aligning Pickens County with goals set out in two comprehensive plans. Those issues include helping animal control and the animal shelter.

“I think so much has been talked about who is on the left and who is on the right and I think it really should be who is upright,” he said, speaking to the crowd. “That’s why I need you. I need you to challenge everything I do. Hold me to the standard that is upright.” 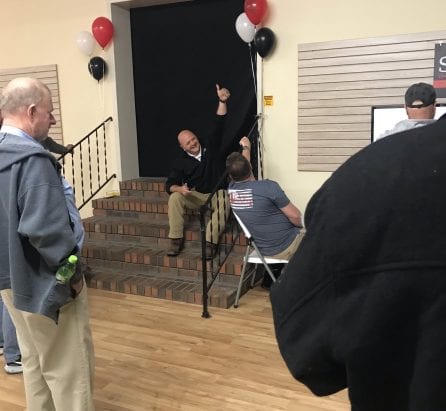 Photo by Susan Kirkland
Kris Stancil won the election to become the Chairman of the Board of Commissioners.

Stancil will take the reins from current Chairman of the Pickens County Board of Commissioner, Rob Jones. Jones who has served for 16 years, the first eight as sole commissioner and the last half of his career as the chairman with Becky Denney and  Jerry Barnes serving as board members.

“Sheriff, I need to tender my resignation for Dec. 31.  It’s been an incredible ride for the last twelve years,” he told Sheriff Donnie Craig while the crowd laughed.

Chairman of the Board of Commissioners Kris Stancil Pickens County