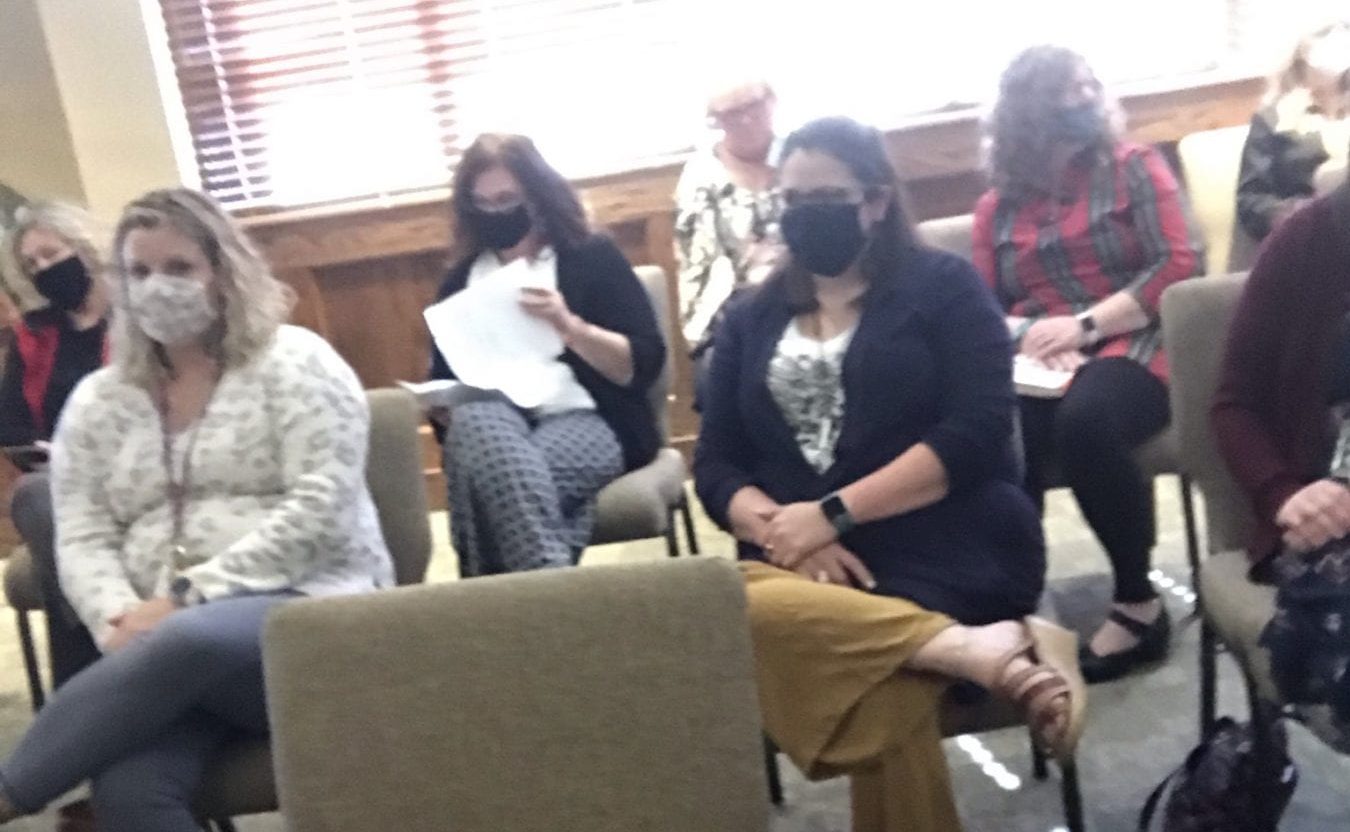 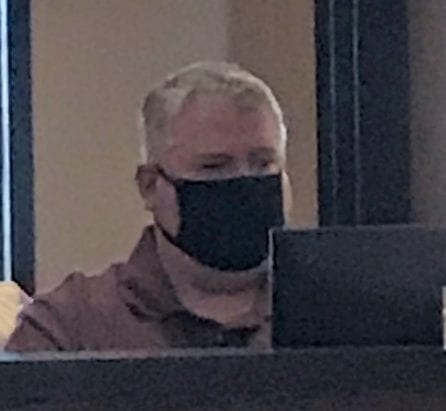 More time and more training on the online learning platform was a consistent mantra at a Pickens County Board of Education special called meeting today. Teachers and staff have been busy learning to use the new platform for virtual learning. ItsLearning, the new learning management system for schools to use when schools close unexpectantly, was put to quick use when Pickens County made the decision to close all of their schools on Oct.26 after a jump in positive COVID-19 cases and quarantines.

The new system, not to be confused with the Pickens Virtual Academy where students are enrolled specifically for virtual learning, provides teachers a way to continue teaching their normally face-t0-face classes.

Most of the comments were good and most were satisfied with the system, but all agreed they needed more time to get use to the platform and more training to make learning and teaching more efficient.

“We’ve had to teach ourselves some things,” said Anita Walker. “But our teachers have been wonderful to share what they know.”

For special education, the concern was greater.

All the teachers said they could see an improvement over when they first started using ItsLearning, emails and calls have decreased as students, and parents, became more comfortable.

“We can certainly accommodate that,” Townsend told the staff. “The teachers are the backbone of our system-we don’t want to break their backs.”

COVID-19  outbreak and returning to school

Hill City Elementary was the first to close with four, students and staff, were in isolation and 52 were in quarantine, but the rest of the schools quickly followed as the numbers of those who had symptoms increased.

When schools closed, 584 were in quarantine and 27 in isolation.

Projected numbers, based on latest data, indicate the school district as a whole will have two in isolation and seven in quarantined.

Breakdown by school of quarantine and isolation cases related to COVID-19 from Oct. 26 until school resumes on Nov. 9.

The Pickens Virtual Academy, which gives students a chance to do a fully online school, is separate from the online platform that face-to-face  students use during unscheduled breaks, has 906 students enrolled in November. This is down 294 students from the 1,200 students who enrolled in August.

Of those, about one-percent or three students moved to another district, four-percent, or about 12 students switched to homeschooling. The remainder, 279 returned to traditional school.

They expect 450 students to attend the virtual academy when the second semester starts in January. Most of those will be returning students for some will be new. 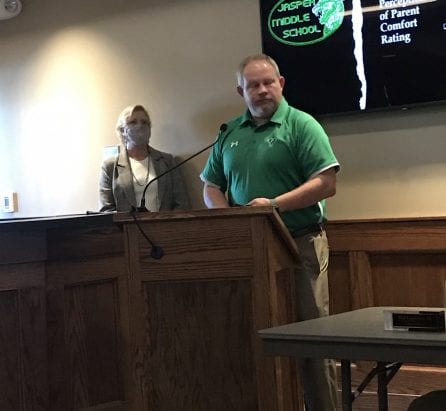 Photo by Susan Kirkland
Principals give updates on distance learning as the system prepares to reopen on Monday.

For those continuing in the virtual academy for the second semester, academy staff plan a more proactive approach.

Kelly Flatt, PVA coordinator, said they are asking families for their opinion and they have created a fake student profile so parents can preview the platform. She said as the semester goes on, they are seeing fewer problems and parents are even assisting other parents via social media.

“Some come to not get help, but to just see their teachers and other students,” she said.