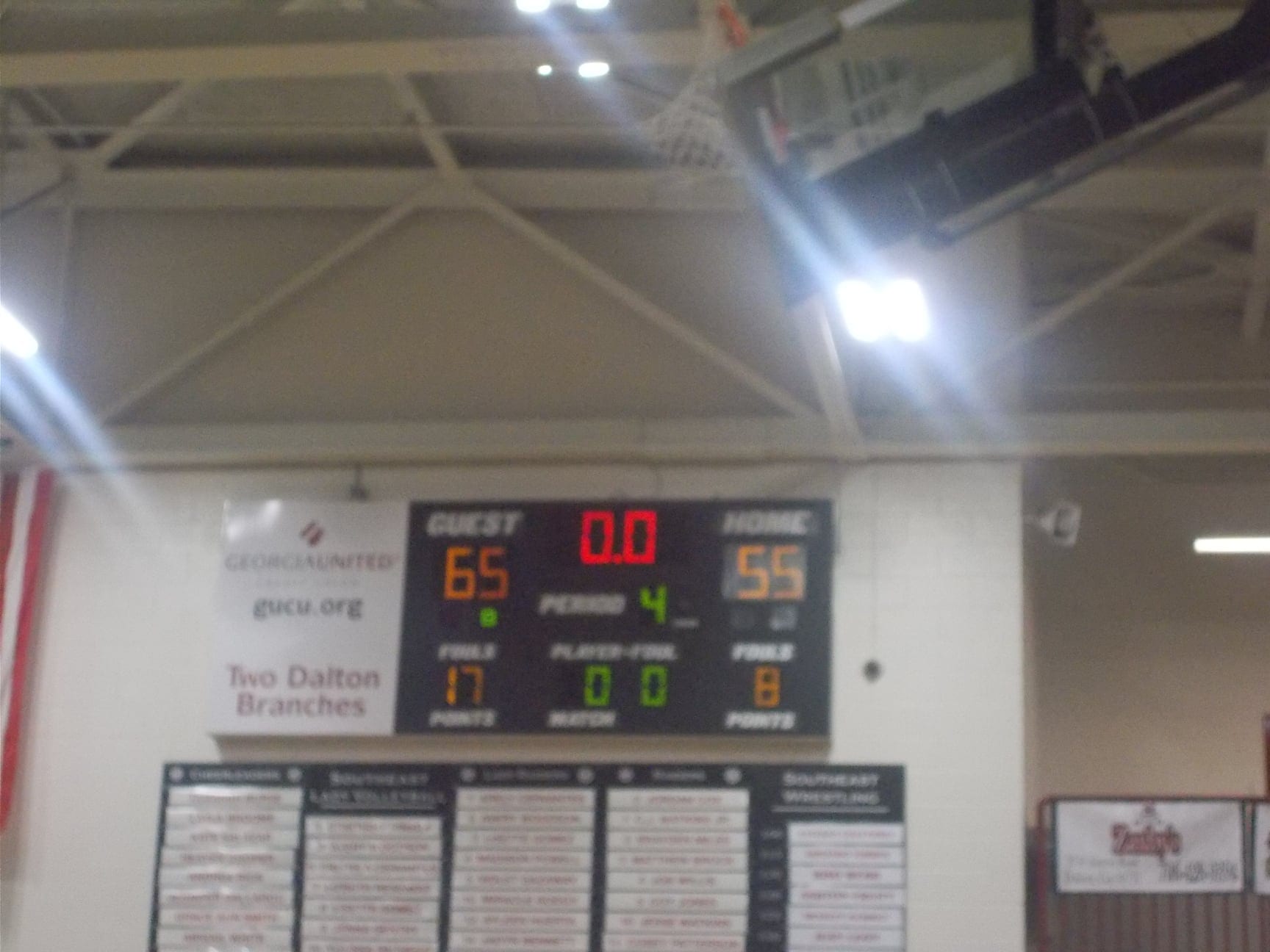 Dalton, Georgia — After seeing the Nettes get another big region win, the Pickens Dragons looked to do the same. The Dragons came into the game against the Southeast Whitfield Raiders having fallen in back to back tough games to North Paulding and Model to end 2020. The Raiders, ended 2020 with a 2 game win streak and playing their best ball of the season. This was a big game as far as the region standings were concerned. Pickens came into the game in 2nd place in 7-AAAA. After trailing by 2 at halftime, the Dragons used a big second half to get the win, 65-55.

The two teams traded buckets for the majority of the first quarter with the Dragons holding the biggest lead during the quarter at 13-8. The Raiders ended the opening quarter with a 7-0 run including a buzzer beating three to give Southeast Whitfield a 15-13 lead going to the second. 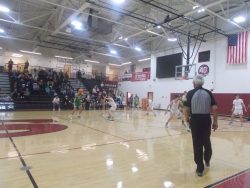 Luke Rogers was big for the Dragons on Tuesday

In the second quarter, Luke Rogers went on a personal 4-0 run to give the Dragons a 17-15 lead. The Raiders, were quick to tie things up with a bucket of their own. Pickens then went on an 8-0 run getting buckets from Ean Goodwin, Tucker, Lowe, Noah Sutton, and Owen Moss to make it 25-17 Dragons. All together, it was a 12-2 run for Pickens to start the quarter. Southeast Whitfield would close the first half on a 14-2 run to take the lead, 31-29. 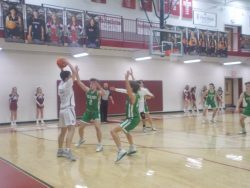 The third quarter started with a three pointer from Tucker Lowe to give the Dragons a 32-31 lead. Both teams again took turns making baskets, with the Raiders holding a 4 point lead on several occasions. A three pointer from Jaden Stewart gave Pickens a 46-45 lead late in the quarter. Southeast Whitfield retook the lead with a bucket. With what seemed like less than a second left on the clock, Caleb Bryant floated a desperation three pointer and connected! Going to the fourth, the Dragons took a 49-47 lead over the Raiders. 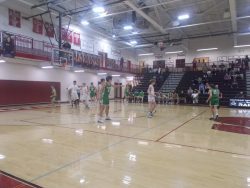 Will Roland controls the ball for the Dragons

In the later stages of the fourth, Southeast Whitfield took a 55-54 lead. The Dragons closed the game on an 11-0 run including 7 points from Lowe. 4 of those points came from the free throw line to help seal the 65-55 win for Pickens.

On Friday, the Dragons will take to the road again as they head to Cedartown to take on the Bulldogs. The Dragons find themselves in 2nd place, while the Bulldogs are tied for 3rd with Northwest Whitfield. Tip off is set for 8:30 pm.