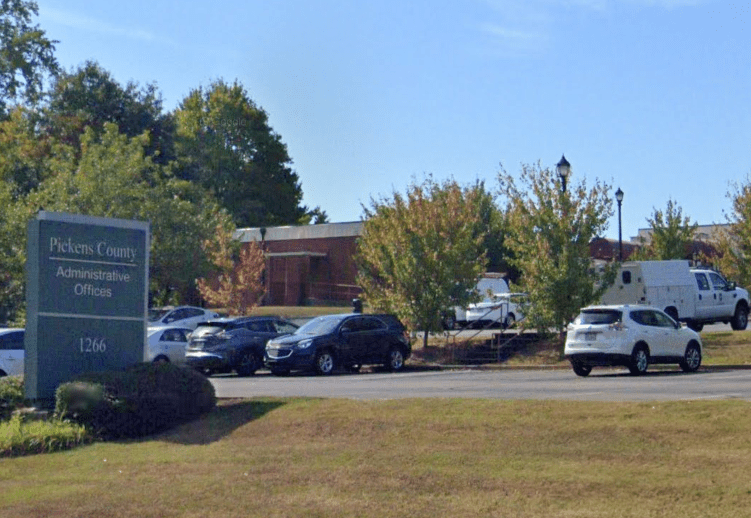 JASPER, Ga. – After a COVID-19 outbreak in January, the Pickens County Board of Commissioners worked to fill several county and committee positions for the new year.

In a lighthearted moment, Commission Chair Kris Stancil turned to his ill-prepared colleagues concerning the appointment of a vice chair.

“The next item is going to require you guys [Commissioner Becky Denney and Jerry Barnes] to make your own choice there,” said Stancil jokingly.

After a short pause, Denney announced that she would run for the position. Wasting no time, the commission unanimously voted yes in favor of Denny as the new vice chair.

Of all the motions heard that evening, none were met with dissenting votes.

Commissioners appointed Jess Walker, Brian Clayhorn, and Donna Enis to the Pickens County Recreation Board. Citizens may recognize Enis from her time spent as a longtime coach, teacher, and former member of the Pickens County Board of Education.

As the only entity to go over budget for the previous year, Ed Wood, Don Boggus, Jerry Edwards, and David Johnson will spearhead the airport authority. 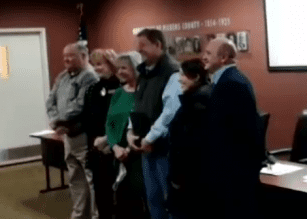 Commissioners take a picture with Roy Dobbs in honor of his 30 years of service.

In other news, the Commission honored Roy G. Dodds with a Resolution for his 30 years of dedicated service with Pickens County. Dobb’s started working as a tax assessor in 1991.

Presenting the Resolution to Dobb’s, Commissioner Denney thanked him for his years of service and his friendship.