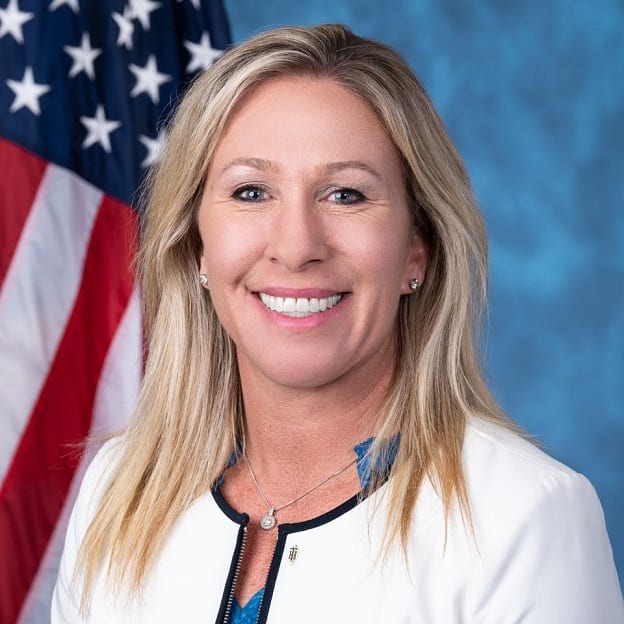 JASPER, Ga. – On Tuesday, February 9, Congresswoman Marjorie Taylor Greene (R) sat down to explain herself and foreshadows a tougher road ahead for conservatives during a Zoom call with the Pickens Republican Party.

U.S. Rep. Greene started the meeting by tackling some of the major headlines from her first few weeks in Congress after the House voted to strip the Congresswoman of her committee assignments. Not shying away from any controversy, Greene explained that measures to remove her were just the tip of the iceberg.

“They were trying to present a version of me that is definitely not who I am. I’m very much a person that you got to see campaigning, and you met over the past year,” said Greene.

Prior to the House vote, Greene was set to serve on the Education and Labor and Budget Committees. Ultimately, 230 house members voted in favor of House Resolution 72. 11 of those were Republicans.

Greene’s concerned Democrats are extending their cold shoulder to the rest of the Republican caucus, raising fears that this may be more about political theater than finding legislative solutions to real-world problems.

“Democrats want nothing to do with Republicans. They don’t even want to talk to us. They do not want to work with us. They don’t want to hear our ideas or policies we’re interested in. They only want to push through their agenda,” says Greene

Greene told the group that being removed from the committees was a blessing in disguise. The businesswoman and mother of three said she looks forward to putting this behind her, focusing on policy to strengthen the economy, and returning kids to the classroom.

Some in Georgia’s 14 District that Greene represents aren’t so eager to forgive. Dr. John Cowan, who ran against Greene, has been outwardly vocal about his former opponent’s past. Cowan stated that his campaign was aware of the comments she made but questions why voters didn’t consider the possible consequences at the time.

When pressed about running for office, Cowan insists that he is still undecided about his political future.