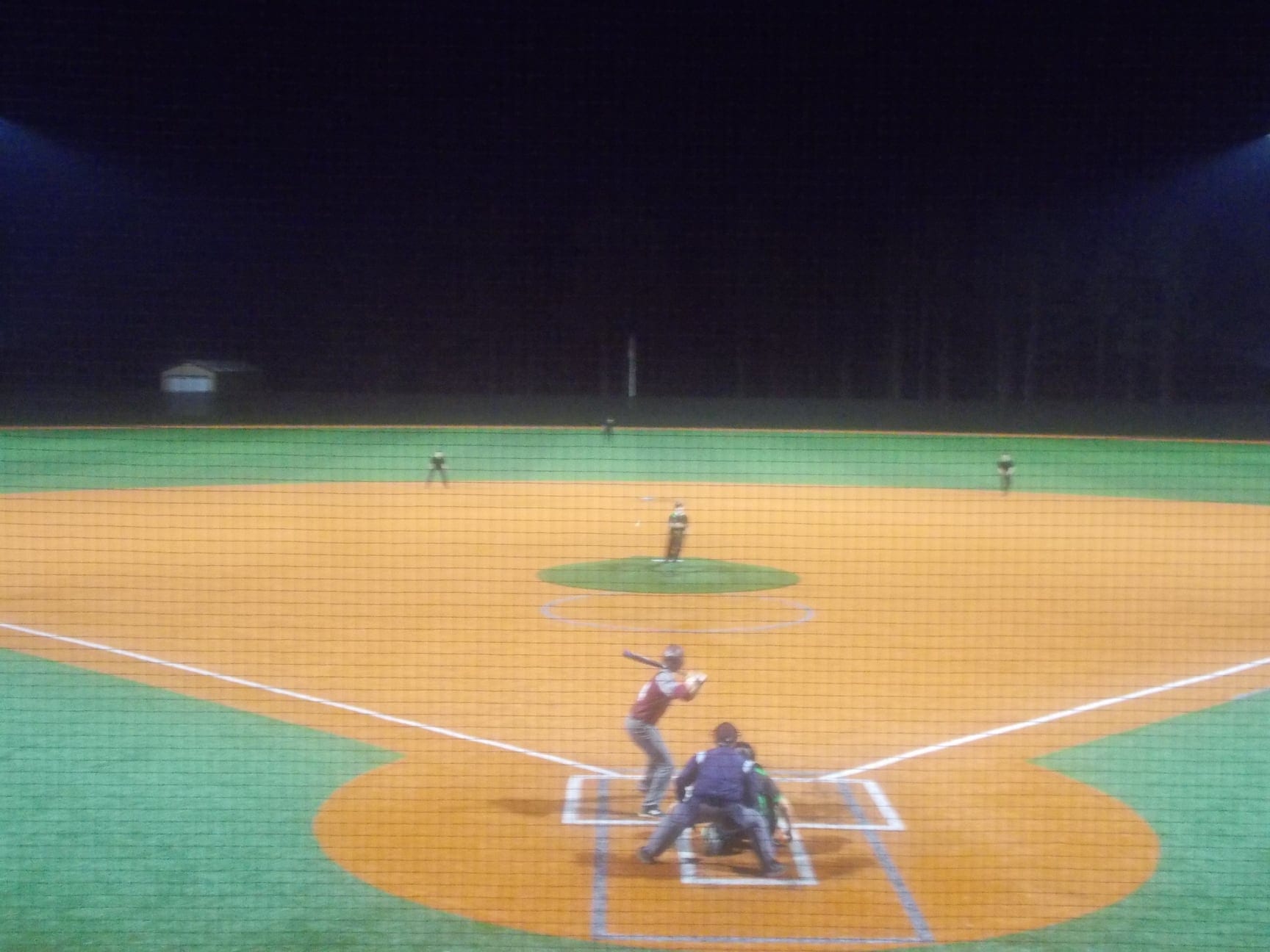 In the top of the first, the Lions would get a base hit, but would leave the runner stranded as we would head to the bottom of the inning. In the bottom of the frame, Anthony Antinozzi would find himself at 3rd after a 1-out triple. Hunter White, drove in Antinozzi with a sacrifice fly to give the Dragons a 1-0 lead over Central-Carroll going to the 2nd.

In the top half of the 2nd, the Lions were able to plate 2 runs to take a 2-1 lead. After two quick outs in the bottom of the 2nd, Trace Ledbetter reached after an error and Parker Rhodes reached after a single. Central-Carroll, was able to escape the potential Dragon threat as we headed to the 3rd, Lions leading, 2-1.

After he came in during the top of the 3rd, JP Nunn, settled in and retired the Lions on just 8 pitches in the top of the 4th. In the bottom of the 4th, Seth Densmore led off with a single. Jarod Whitmore then reached on an error, and Ledbetter follwed by drawing a walk. After a controversial strike out call of Rhodes for the 2nd out, the Lions forced a pop up for the 3rd out to send us to the 5th with Central-Carroll leading the Dragons, 5-1.

Nunn, got into a little bit of trouble in the top of the 5th, but was able to escape with no damage down to keep it 5-1. In the bottom half of the 5th, after a 1-out single by Antinozzi, and a walk drawn by White, the Lions again were able to escape a potential big inning by the Dragons after forcing a double play to send us to the 6th with Central-Carroll still ahead, 5-1.

In the top of the 7th, Central-Carroll was able to add 3 runs as they extended their lead to 8-1. In the bottom of the 7th, James Tilley drew a 1-out walk. With 2 outs, Antinozzi drew a walk himself. White, then drove in Tilley with an RBI single. The Lions, were able to get the 3rd and final out of the game as they picked up the win in game 3, 8-2. With the win, Central-Carroll would take the series, 2-1.

Anthony Antinozzi: 2-3 with a triple, a single, a walk, and 1 run scored

Seth Densmore: 1-4 with a single

Parker Rhodes: 1-3 with a single

Next week, the Dragons will begin another 7-AAAA series. This one, will be against the Northwest Whitfield Bruins. This will be the first region series of the season for the Bruins. Game 1 of the 3 game series is set for Tuesday, March 16th at Dunn Field at Pickens High School. First pitch set at 5:30.