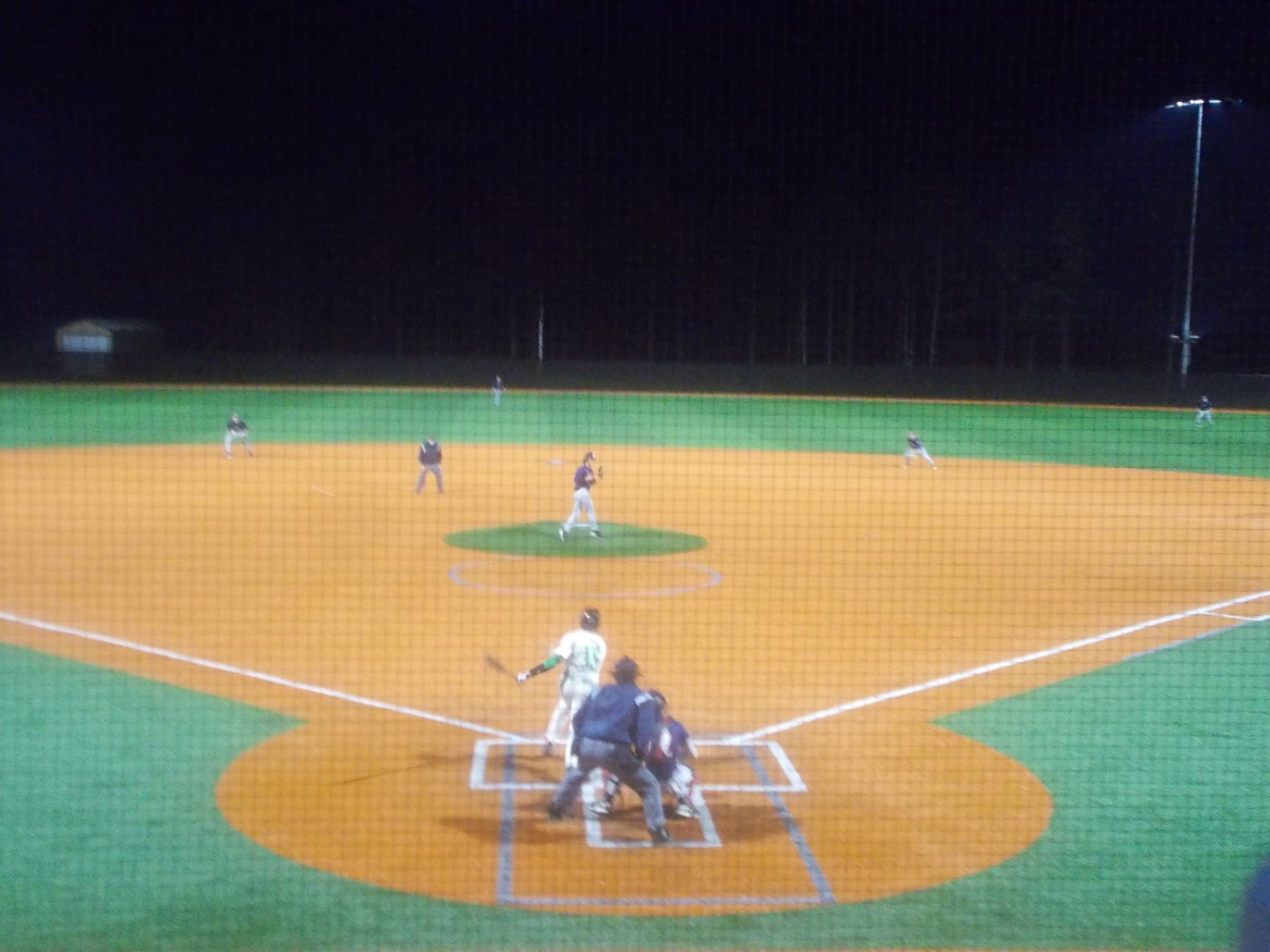 Pickens County Ga — A little while after game 2 of the series between the Pickens Dragons and the Heritage Generals ended, the third and final game of the series began. The Dragons, came into the game looking for their first series win in region play. Having lost their first region game in game 2, the Generals came into game 3 looking to maintain first place in 7-AAAA. After a difficult and emotional top of the 7th, Heritage took the 3rd game of the series, 16-4.

In the top of the 1st, Dragons starter Tee Knight, needed 10 pitches to get out of the top half of the frame. In the bottom of the 1st, the Dragons got a 1-out hit from Anthony Antinozzi, but that would be all as we headed to the 2nd inning, still tied at 0.

In the top of  the 2nd, the Generals plated 4 runs to take a 4-0 lead over Pickens. In the bottom half of the 2nd, Drake Sutton led off by drawing a walk. Sutton, then advanced to 3rd after a pick off attempt got past the Heritage first baseman. With 1-out, Trace Ledbetter drove in Sutton to make it 4-1 Generals going to the top of the 3rd.

In the top of the 3rd, Hunter White came on in relief of Knight. White, held the Generals scoreless to send the bats of Pickens back to the plate. In the bottom of the 3rd, Seth Densmore would be hit by a pitch, but nothing would come of it as we’d head to the 4th, stil 4-1 Heritage.

Let’s skip to the bottom of the 5th inning. The score still 4-1 Generals. James Tilley got things going by drawing a walk. Connor Shouse, followed by drawing a walk of his own. Antinozzi then followed by reaching on an error. Tilley would score on the play. White, then drove a single to right field. Shouse would score on the play, but courtesy runner Colby Brooks would be thrown out at the plate for the first out. Densmore, then drove in White with an RBI double to tie the game at 4.

In the top of the 7th, some unfortunate events happened if you were a Dragons fan. Nunn, forced a dribbler down the first base line. A bang/bang play at the first base bag with the runner being called safe. Nunn then tried a pick off attempt at first base. Ledbetter, appeared to tag the runner before he got back to the bag. The field umpire however called the runner safe. This, led to the flood gates being opened for the Generals. Heritage, scored a total of 12 runs in the top half of the 7th to make it 16-4. Pickens went quietly in the bottom of the 7th as the Generals took game 3, 16-4.

The Dragons, will be right back at it this afternoon as they travel down to Polk County to begin a 3-game series with the Cedartown Bulldogs. As you see in the standings above, the Bulldogs currently sit in the 2nd spot in the region with Pickens sitting in 5th. First pitch for this one set for 5:30 pm.