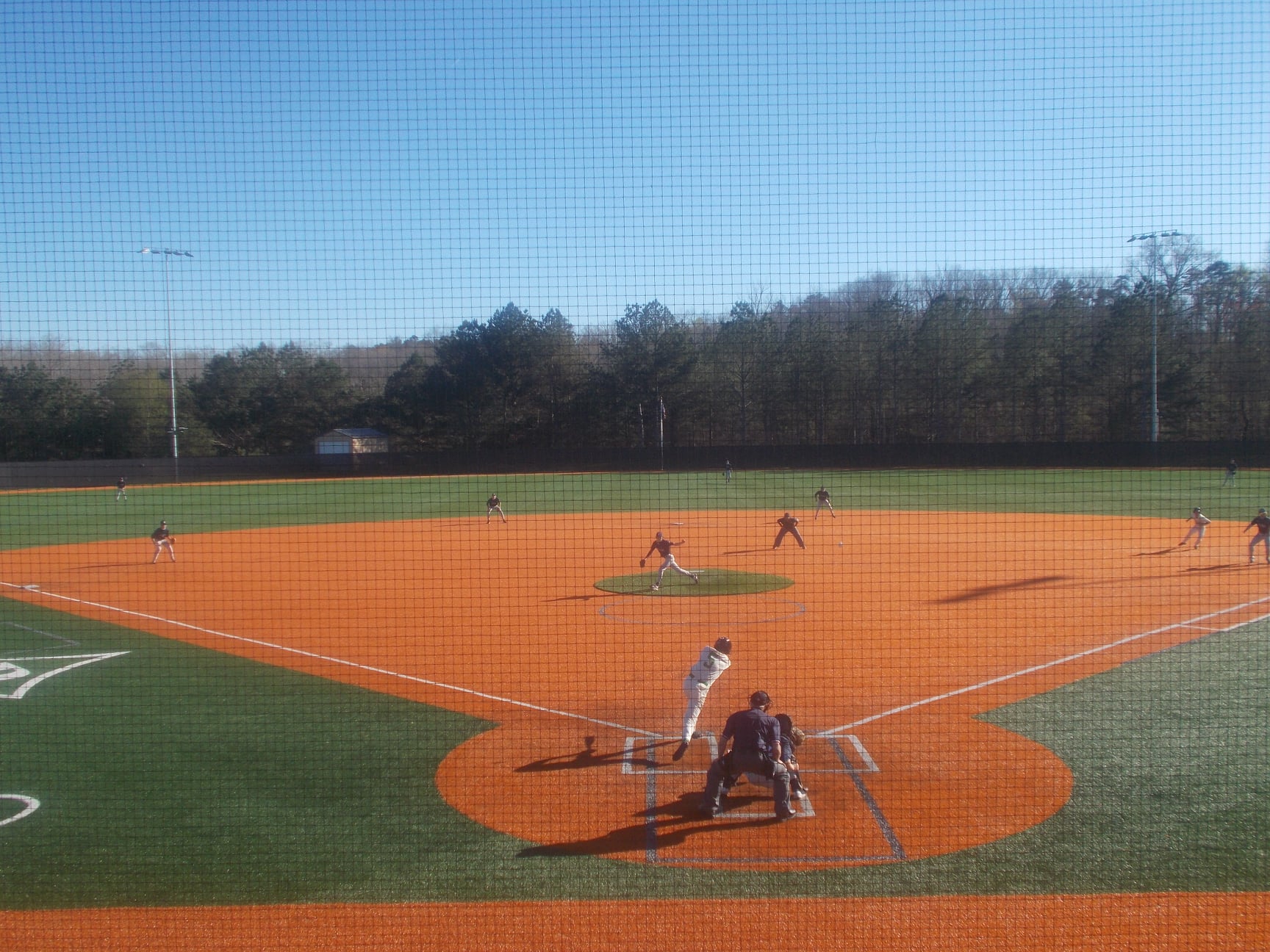 Pickens County, Ga — We had Monday night baseball on Monday, March 29th as the Pickens Dragons hosted the Heritage Generals for game 2 and 3 of their 3-game series. The doubleheader, was originally scheduled for Friday, March 26th, but the storms that blew through on Thursday, March 27th, forced the doubleheader to be moved to Monday. The Dragons, got runs in the 1st, 4th, and 6th innings as they took game 2 against the Generals, 6-2.

In the top of the 1st, Dragons starter Connor Shouse, picked up two strikeouts as we would head to the bottom of the inning. In the bottom of the frame, Shouse led off with a single. In a long at bat, Anthony Antinozzi, drew a walk to put runners on 1st and 2nd. With 1-out, Seth Densmore drove in courtesy runner Colby Brooks to make it 1-0. Drake Sutton, brought in a run to make it 2-0 Dragons going to the 2nd.

In the top of the 2nd, the Generals cut the Pickens lead in half after a walk and a hit led to a run to make it 2-1. In the bottom of the inning, Heritage sat the Dragons down quietly to send the game to the 3rd inning with Pickens ahead, 2-1.

In the top of the 3rd, Shouse forced three pop outs from the Generals and got out of the 3rd with an 8-pitch frame. In the bottom half of the 3rd, the Dragons got hits from Hunter White and Densmore with 2-outs, but were unable to bring a run home as we’d head to the 4th, still 2-1 Pickens.

In the top of the 4th, another walk and hit for the Generals led to Heritage tying things up at 2 a piece. In the bottom of the inning, Jarod Whitmore would lead off with a single. With 1-out, Parker Rhodes laid down a beautiful bunt to have runners on the corners at 1st and 3rd. With 2-outs, James Tilley would drive in Whitmore to regain the lead for the Dragons at 3-2, going to the 5th.

Much like Shouse in the top of the 3rd, Tilley needed just 8 pitches in the top of the 6th to retire the side. In the bottom of the 6th, Whitmore drew a 1-out walk, Trace Ledbetter got on with a 1-out single, and Rhodes drew another 1-out walk to load the bases. Tilley, then got drilled in the back with a pitch as Whitmore came in to make it 4-2. After a 2nd run would score, Shouse brought in a 3rd run to make it 6-2 Dragons going to the 7th.

In the top of the 7th, Tilley, had a somewhat long half inning with 20 pitches, but kept Heritage off the board as the Dragons took game 2 of the series, 6-2.

With the win, the Dragons picked up their 9th win of the season and their 3rd in 7-AAAA play. After the 2nd game against the Generals, the Dragons were slotted in 5th place in the region standings.