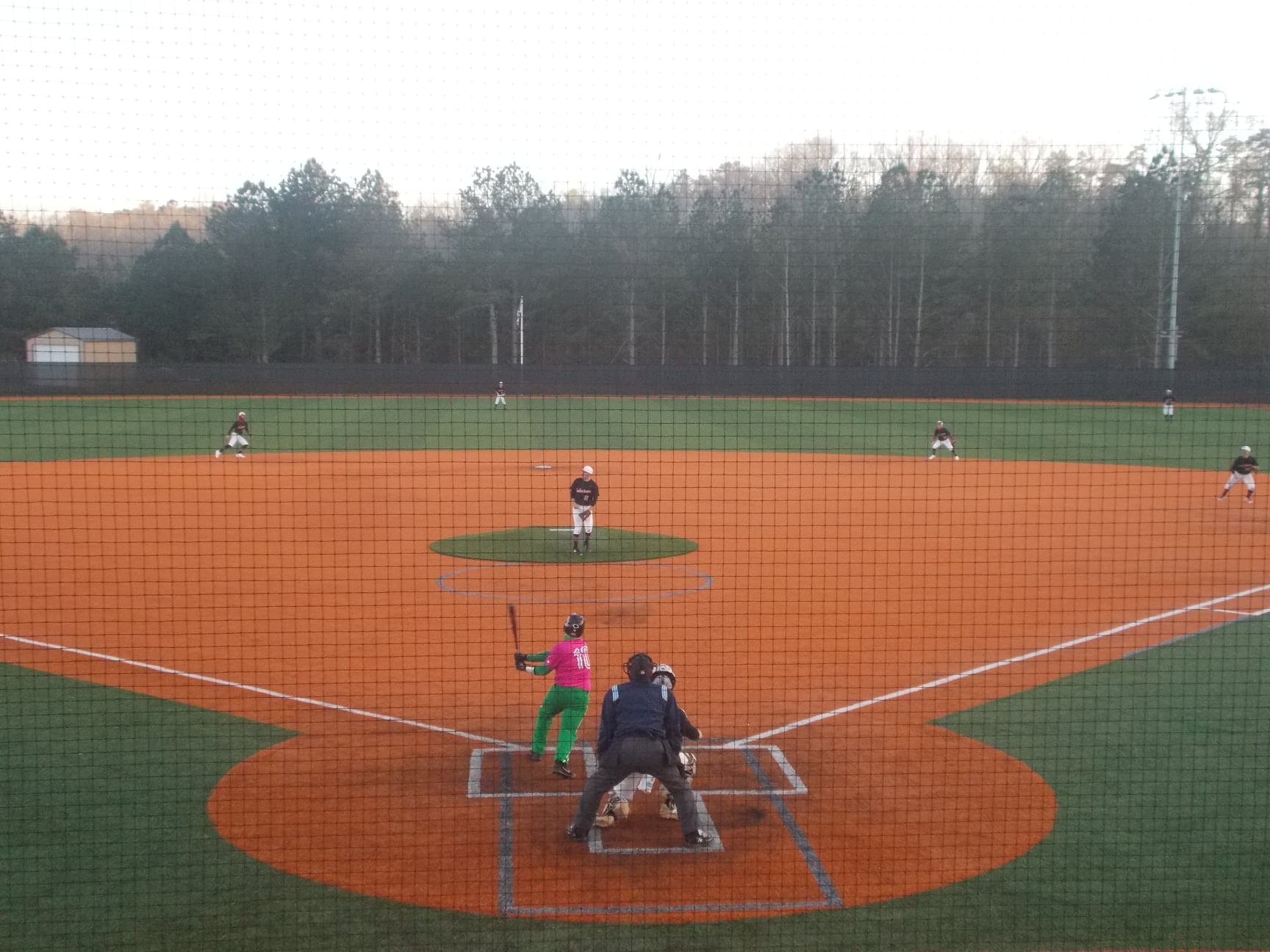 Pickens County, Ga — It was Pink Out Friday on April 2nd as the Pickens Dragons (10-9, 4-7) welcomed the Cedartown Bulldogs (11-7, 8-3) to Jasper for games 2 and 3 of their 7-AAAA 3-game set. The Dragons, wore pink jerseys as part of recognizing breast cancer awareness. In game 1 of the series on Tuesday, the Bulldogs came away with the win, 12-5. In a game where both teams had multiple run innings, the Dragons were able to hold on to get a 10-8 win in game two.

In the top of the 1st, the Bulldogs scored 2 runs to take an early 2-0 lead. In the bottom of the inning, the Dragons got a 2-out single by Hunter White, but that would be all as we’d head to the 2nd, Cedartown ahead, 2-0.

In the top of the 2nd, the Bulldogs added to their lead as they would plate one run to make it 3-0. In the bottom of the frame, Jarod Whitmore drew a 1-out walk. Trace Ledbetter then followed with a single. Parker Rhodes then drew a walk to load the bases. Starting pitcher James Tilley, would then be hit in the left arm to bring home Whitmore. Connor Shouse, brought in Ledbetter to make it 3-2. Anthony Antinozzi then brought in Rhodes as Antinozzi reached on an error. Going to the top of the 3rd, the ball game was knotted up at 3 a piece.

The tie would not last very long as the Bulldogs retook the lead in the top of the 3rd by scoring 1 run. Going to the bottom half of the inning, it was now 4-3 Cedartown. Pickens, began the bottom of the 3rd with back to back walks drawn by Seth Densmore and Drake Sutton. Unfortunately for the Dragons, the Bulldogs got a strikeout, and double play to end the home half of the 3rd, and send us to the 4th with Cedartown ahead, 4-3.

The Bulldogs, were limited to just 1 hit in the top of the 4th as the score remained 4-3. In the bottom of the 4th, the Dragons broke through, scoring 6 runs on 4 hits. Pickens got an RBI from Antinozzi, Whitmore, and 2 RBI from Rhodes and White during the rally as the Dragons to their first lead of the game, 9-4.

We move to the top of the 6th. Cedartown, was able to cut the Dragons lead down to 9-8 after plating 4 runs in the top half of the frame. In the bottom of the 6th, Ledbetter led off with a single to get it started. Ledbetter, would eventually come around to score to give Pickens an all important insurance run. Going to the top of the 7th, the Dragons held a 10-8 lead over the Bulldogs.