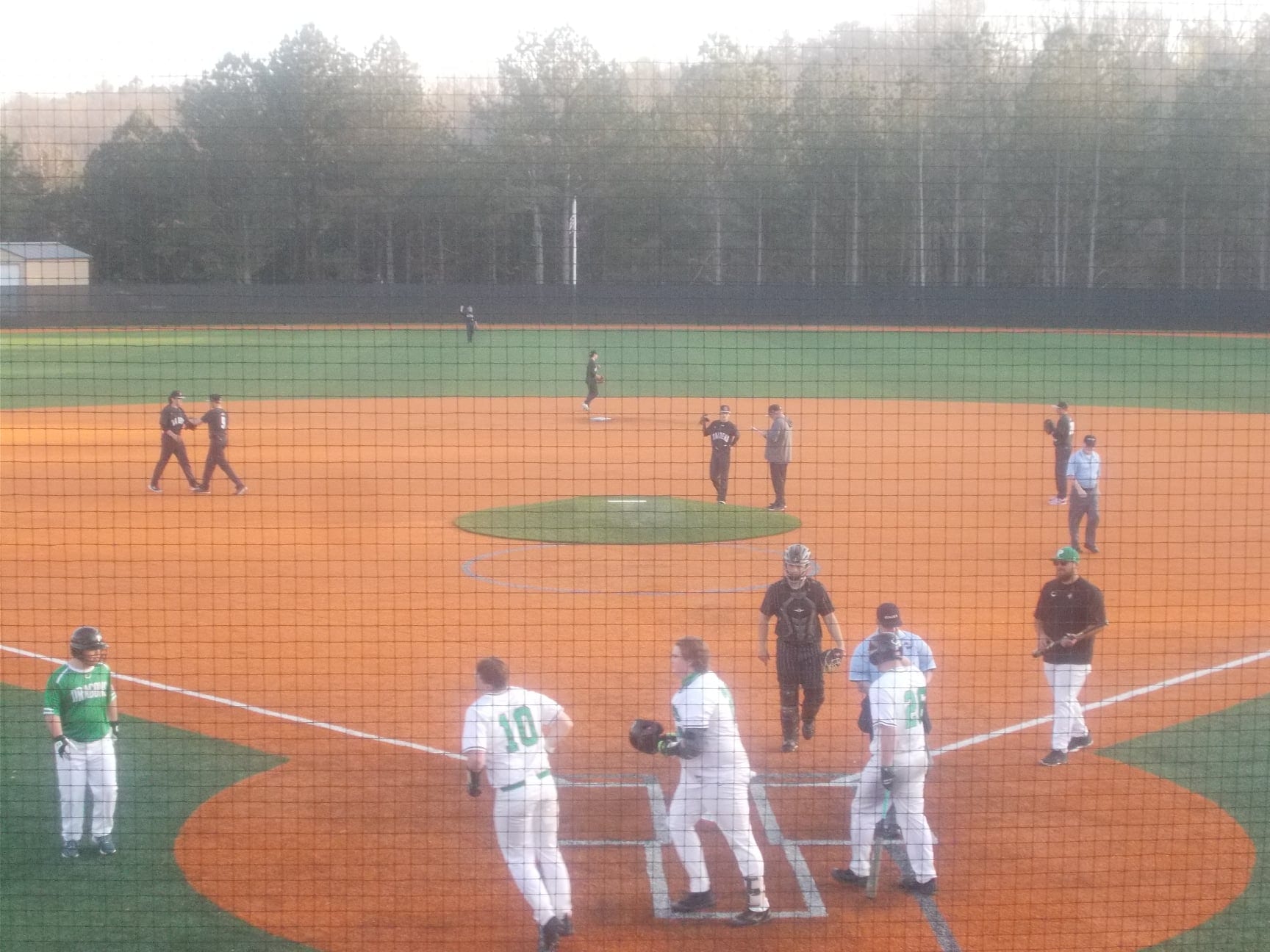 In the top of the 1st, the Raiders got on the board first with a solo home run. Going to the bottom of the 1st, Southeast Whitfield led the Dragons, 1-0. In the bottom of the 1st, Hunter White got things going with a 1-out single. Trace Ledbetter then followed by getting hit with a pitch. After White and Ledbetter advanced to 3rd and 2nd respectively after a double steal, Seth Densmore drove in White to tie the game at 1 a piece. Jarod Whitmore, then hit a 2-out single, and advanced to 2nd on the throw attempt to home. Anthony Antinozzi, drove in both Ledbetter and Whitmore to make it 3-1 Dragons. Antinozzi, would come around to score after Harlan Will reached on an error. Parker Rhodes, drove in Colby Brooks, who was courtesy running for Will to make it 5-1 Dragons going to the 2nd.

The Raiders, would pick up 2 hits off of Dragon starter JP Nunn, but that would be all as Nunn picked off a runner at 2nd to end the top half of the 2nd inning. In the bottom half of the frame, the Dragons added to their lead after Whitmore drove in White to make it 6-1 Pickens going to the top of the 3rd.

With nothing  doing for either side in the 3rd inning, we’ll move along to the 4th. In the top of the 4th, Southeast Whitfield plated a run to make it 6-2. In the bottom of the 4th, Connor Shouse got things going with a lead off triple. White, continued his hot hitting as he drove in Shouse with an RBI single to make it 7-2. After advancing to 2nd on a passed ball, White would move to 3rd after a single from Ledbetter. With 1-out, Densmore stepped up and sent a lined shot over the left field wall for a 2-run home run to make it 9-2. Whitmore, followed by drawing a walk. Will, then reached on an error for the second time. Rhodes, continued his good play over the last week and drove Whitmore home with an RBI single to make it 10-2 Pickens, going to the 5th.

In the top of the 5th, the Raiders scored twice to cut the Dragons lead to 10-4. In the bottom of the 5th, White reached base for a fourth time by drawing a 1-out walk. Ledbetter and Densmore followed by getting hit by a pitch to load the bases. Antinozzi, drew a 2-out walk to bring in White to make it 11-4. Will, then drew a walk as well to bring in Ledbetter. Rhodes, blooped one into shallow right center to score Matt Satterfield, who pitch ran for Densmore, and Antinozzi to give the Dragons a 14-4 win over the Raiders in 5 innings.

Connor Shouse: 1-4 with a triple and 1 run scored

With the win, the Dragons are now tied in the win column with the current 4th place team in 7-AAAA, Central-Carroll, who fell in game 1 of their series with Ridgeland, 14-0. Pickens, will head to Southeast Whitfield on Friday, April 9th for a doubleheader with the Raiders. First pitch of the first game of that twin bill is set for 5 :30 pm.