The Pickens County Board of Elections met on July 15, 2021, to a Called Meeting which included the review of their Public Participation Policy on the agenda. The Reviewed Public Participation Policy agreed that public participation is encouraged and would include 5 minutes per comment once per meeting which would be taken into consideration but would not be responded to at the meeting. No one present at the Board meeting chose to comment and the meeting proceeded. 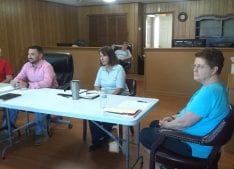 The most important highlight to the Board of Elections meeting was the voting on the hiring of their new Elections Supervisor Stacey Godfrey. Stacey was among 4 finalists for the position. Her resume reflected extensive accomplishments working with Pickens County Planning and Zoning, Pickens County Board of Directors, and also served as the Administrative Coordinator for the Board of Elections.  Four of the five board members voted favorably for the induction of Ms. Godfrey to the position of the new Supervisor of Elections.  Board member Tracy Wright was the only board member disapproving of candidate Godfrey expressing she felt that not enough discussion had taken place prior to the final vote.  Also, voted in at the Board meeting that evening was Rhonda Wagner into her new position as Administrative Assistant. Several of the board members spoke briefly stating their experience and the personal contribution they would like to make to the board.

The five members of the board include Josh Tippens, Chairperson, Mike Carver, Rebecca Cantrell, Barbara Balducci, and Tracy Wright. There were no other issues on the table and the meeting adjourned at 7:00 pm. 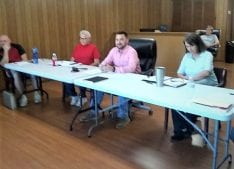 I am a native of N.H but more recently lived in Florida for most of my life recently moving to Georgia. I am a graduate of Concord, N.H. High School and also the N.H. tech Institute. I raised three children, my youngest being a Florida Highway Patrolman in Gainesville Fl. I love the mountain life and enjoy writing, walking, motorcycles and most outdoorsy activities. I love meeting new people and making new frineds because everyone has a story!