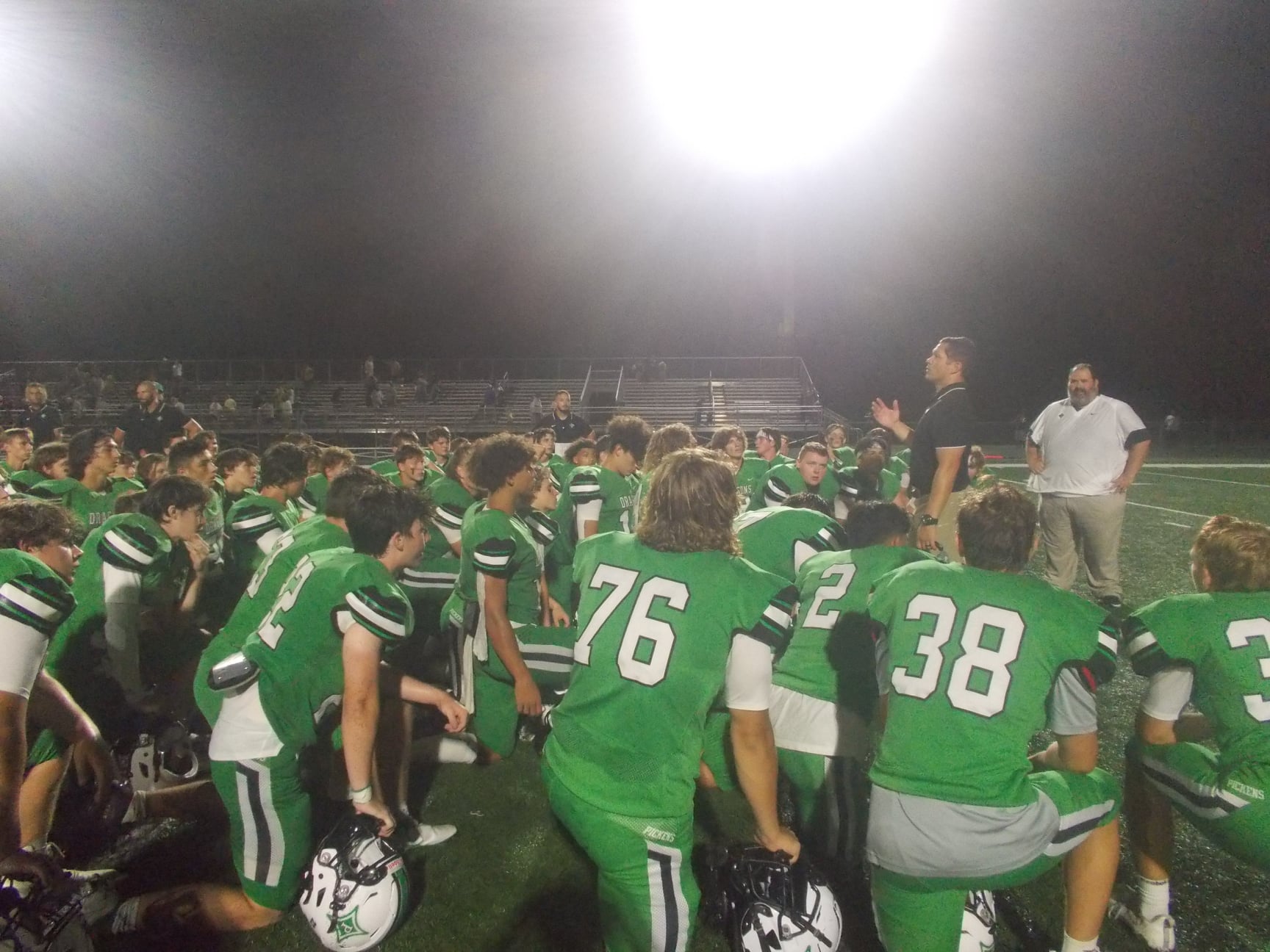 On August 27th, 2021, the Pickens Dragons took the field for their home opener. If you have been following along in recent weeks, it suddenly became their season opener as well. The last couple of weeks have been a whirlwind for the Dragons. Last week, their scheduled season opener at Gilmer was canceled due to Covid issues. Unfortunately, they were unable to find a game, and were unable to play last week. This week, their game against Chattooga was canceled because of you guessed it, Covid issues. Here’s where it gets interesting. The Commerce Tigers had their scheduled game with Union County canceled due to Covid issues on Tuesday of this week. That Wednesday morning, Pickens finds out their scheduled game is canceled. That same day, the Tigers agreed to come to Jasper to play the Dragons on Friday, August 27th.

There is a brief history between these two teams. These two teams have faced off twice before in the early 70’s. In 1972 and 1973 to be exact with Commerce taking both games. For the first time in 48 years, and on two days notice, the Dragons and the Tigers would do battle on the football field.

The first quarter was a quarter of chances. Commerce started the game with the ball. After the Tigers converted a fake punt attempt deep in their own territory, the Dragons regrouped and forced Commerce to punt. Pickens, had their opportunities in the opening quarter as a missed field goal, and two would be touchdowns were kept off the board. Going to the second quarter, we were still tied at zero. 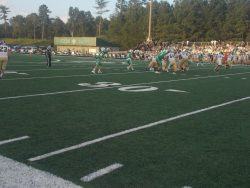 The Dragons got the scoring started in the second quarter after Sam Streicher found Kadyn Hampton on a screen pass and Hampton took it 43-yards for the touchdown. The extra point was good, and with 9:17 to go in the first half, Pickens led Commerce, 7-0. The Dragons added to their lead after they went with a little “Wild Dragon” and split the QB Streicher out wide and put WR Devin Hand under center. Hand was able to score on a 3-yd run. The extra point was no good. With 1:29 left in the first half, Pickens now led the Tigers, 13-0. After using their remaining timeouts on defense, the Dragons got the ball back with under a minute to go in the first half. Kicker Jose Sanchez, was able to drill a 40-yd field goal to give Pickens a 16-0 lead going into halftime. 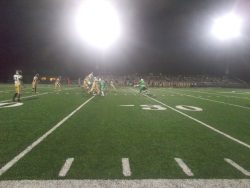 After a bit of a back and forth between the two teams, the Dragons were able to put the first points on the board in the third quarter as Streicher found Hand for a 37-yd touchdown off of a screen pass. With 3:17 left in the 3rd, Pickens now led the Commerce Tigers, 23-0. The Tigers, got on the board in the 3rd with a 43-yd touchdown run. The 2-point conversion attempt was successful. Going to the fourth quarter, the Dragons led Commerce, 23-8. 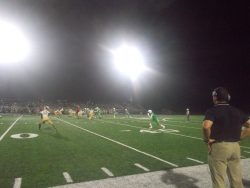 Almost midway through the fourth quarter, Hampton found the end zone for the second time. This time, it was a 1-yd touchdown run. With 6:22 left in the game, the Dragons led the Tigers, 30-8. After recovering a fumble, Pickens cashed in with a 4-yd touchdown run by Hampton. The Dragon led over Commerce was now 37-8. The Dragons then would pick off a Tiger pass attempt and was able to take a knee and run out the remaining time on the clock. Final score from Jasper, Pickens 37 Commerce 8.

The win marks the first for first year head coach Grant Myers. The Dragons will look to continue to build off of this impressive win as they will host the White County Warriors on Friday, September 3rd. Kickoff is set for 7:30 pm.