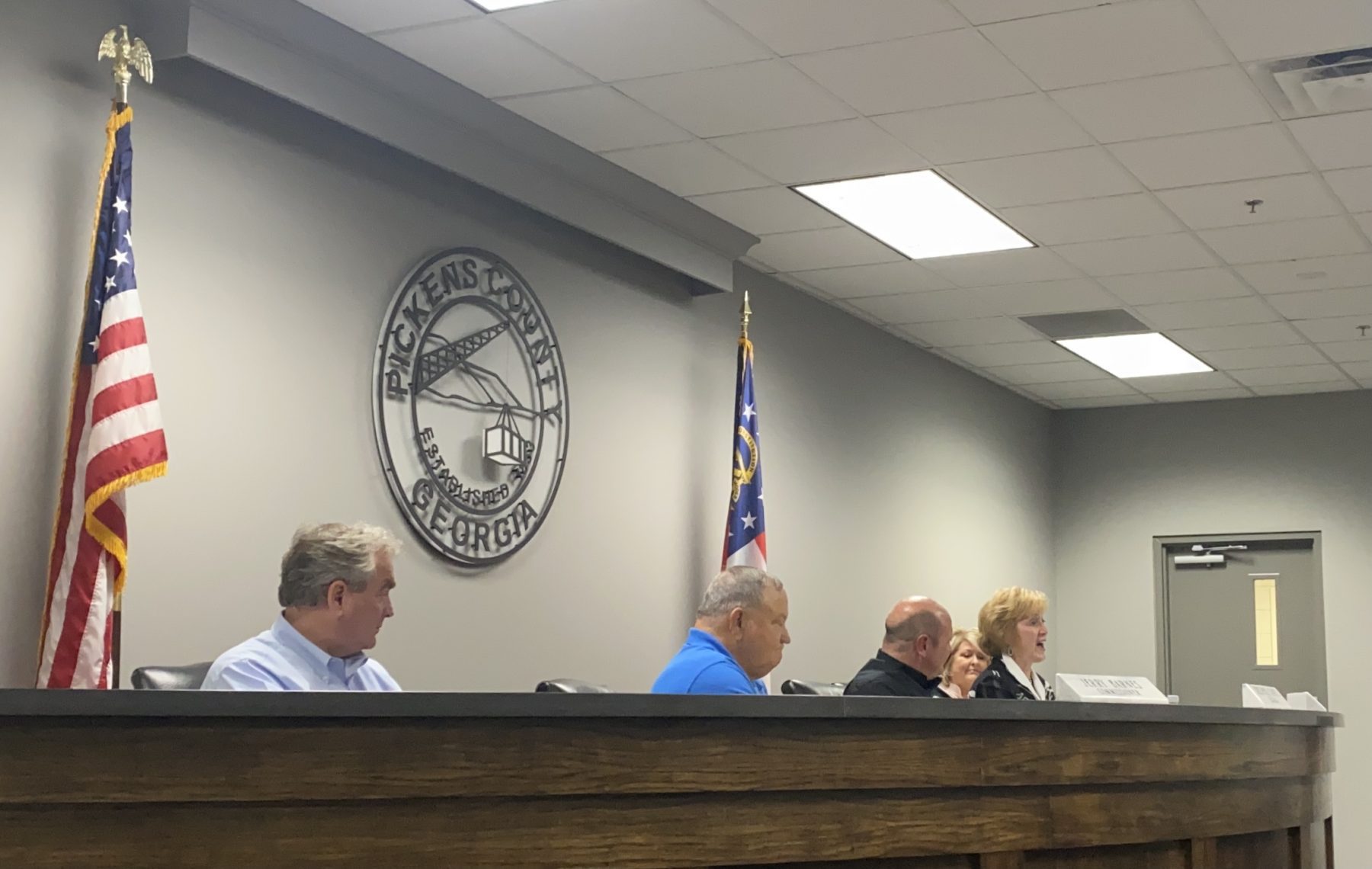 PICKENS, Ga. — Becky Denney announced her resignation from the Pickens County Board of Commissioners at their first October meeting. The board is now preparing for the vacancy that will open on Oct. 31.

Becky Denney is the county commissioner for East Pickens, and has served on the board for over eight years, more than two terms.

Chairman Kris Stancil read a letter from Denney that announced her resignation to the Board of Commissioners and citizens of Pickens: “I’d like to thank the citizens of Pickens County for the kindness you’ve shown me during my time on the board. I’ve been truly blessed.” Denney gave her reason for resignation, explaining she wants to spend more time with her husband, children, and grandkids.

However, Denney says the choice was not easy, “You just have no idea what a tough decision this was … one reason it’s so tough is we have so many exciting plans going forward.”

Denney says she is proud of the county’s financial position and notes the construction of two new fire stations, the renovation of a recycling building, and a new public works building. Denney also says she has “worked on policies & procedures, such as our retirement plan, health insurance, for our employees, thereby ensuring that Pickens County is a great workplace!”

Chairman Stancil also announced that he has met with the Board of Elections, and that the county has already begun preparing for the vacancy. Stancil explained that they are looking at the procedure for conducting special elections, which will be announced in the coming months.

The Board of Commissioners formally proclaimed the month of October to be Dysautonomia Awareness Month. Dysautonomia, as Chairman Stancil explained, “is a group of medical conditions that result in the malfunction of the autonomic nervous system.” He noted that there are residents in Pickens County who are suffering from these conditions.

The board also discussed employee health insurance at the meeting. The board was given a proposal to save the county over $357,000 by switching to Anthem and Procare plans. If the county does not switch from their current Cigna plans, Chairman Stancil says they will lose the savings and incur an additional increase in costs of over $100,000. The board voted to approve the insurance contracts which will be provided to the board on Oct. 8.