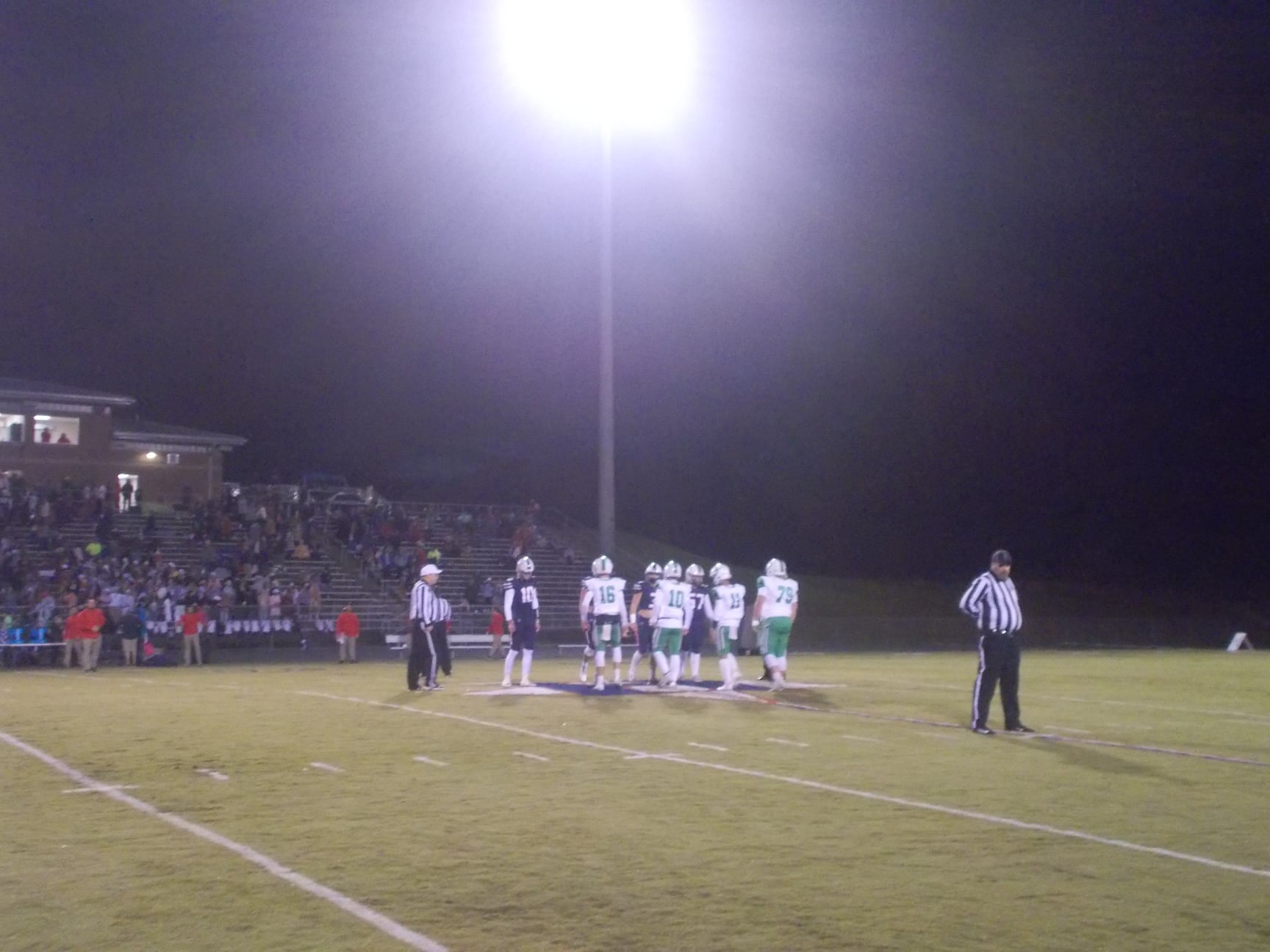 Ringgold, Ga — It was a rainy day and a cool night on October, 29th as the Pickens Dragons traveled up to Ringgold to take on the Heritage Generals in 7-AAAA action. Coming into the game, the Generals were in a tie for second place in the region with Northwest Whitfield, while the Dragons were in a tie for fourth in the region with Central-Carroll. Pickens, needed a win to stay in that hunt for possibly the second seed going into the playoffs. In a tough match up, the Generals came away with a 24-14 win.

The Dragons, won the toss and elected to differ to the second half. After converting a third and long, Heritage was able to put the first points on the board after a 4-yd touchdown run. With 8:20 to go in the first quarter, the Generals led Pickens, 7-0. The rest of the quarter was a stalemate and we would head to the second quarter with Heritage ahead, 7-0. 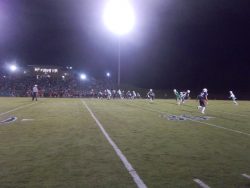 The second quarter mirrored the first quarter as the Generals put up the only points in the frame. At the 6:40 mark of the second quarter, Heritage got in on a 5-yd run to make it 14-0. That would be your score heading into halftime in this soggy played ball game. 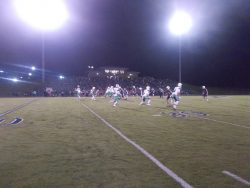 In the third quarter, the Generals again would add to their lead with a 44-yd field goal at the 7:43 mark to make it 17-0. After a drive that took just over five minutes of game clock, Miguel Salto punched it in for the 3-yd touchdown to put the Dragons on the board for the first time. With 2:41 left in the third, Heritage led Pickens, 17-7. That would remain the score heading to the fourth quarter. 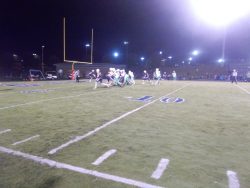 Dragons looking to punch it in the end zone

At the 7:08 mark of the fourth quarter, the Generals tacked on points with a 7-yd touchdown run to make it 24-7. Showing the fight that they always play with, the Dragons came back with a score of their own as Devin Hand got in with a 1-yd touchdown run with 3:05 left to make it 24-14. In the end, Heritage was able to hold on for the 24-14 victory.

For the Dragons, they will close out the 2021 regular season on the road as they take on the Northwest Whitfield Bruins. By the looks of it, Pickens, can still find themselves in the playoffs with a win next week, and with a little help from their friends over at Ridgeland if the Panthers defeat Central-Carroll. The Bruins, will be looking to wrap up the #2 seed for 7-AAAA with a win so a lot on the line next week for both sides. Kickoff is set for 7:30.