Home / Board of Education / PHS Basketball

PICKENS, Ga, — The Pickens BOE had a packed agenda for their Nov. 11, 2021 meeting. After hearing several recognitions, the board then heard food service and construction updates, approved renaming a PHS court after Coach Cowart, and approved the new school calendar, among other items.

The Pickens County Board of Education unanimously approved the renaming of the PHS court to Coach Cowart Court. Superintendent Young told the board that the PHS court will soon be completely refinished, “As a part of this refinish, I believe it’s a perfect opportunity to recognize the accomplishments of an individual that has done so much for high school basketball in Pickens County.” Young also invited the community to come to the court for a renaming ceremony at a date to be determined. Young then briefly spoke about Coach Cowart’s accomplishments: “32 years as the head coach of the Dragonettes basketball team, spanning from 1969 to 2001; a record of 692 wins and 211 losses; 15 state play-off births; 9 region championships; 1 state championship in 1974; 9 time Region Coach of the Year.” The board gave their own appreciation to Coach Cowart. BOE Vice Chair Tommy Gartrell even noted that he attended PHS during Cowart’s time coaching and teaching.

School Nutrition Director Beth Thompson also spoke to the board during the meeting. She discussed the food service at Pickens County Schools, “I wanted to share and really update and inform our community and our students, our parents on the current situation that our food service operation is trying to manage and trying to work through at this time.” She first mentioned that the food service at the county’s schools are not immune to  global shortages which might last until 2022. However, Thompson says “the good news is that food services has been able to work with our vendors to find comparable products when there’s been outs and substitutes, and so far we’ve been able to follow our menus with limited substitutions.”She then spoke to the school system’s stakeholders, asking people to be understanding of the issue, which is international in scope, “Simply, we may not always be able to follow the published menus as planned … We might have to cut back on a number of choices, or a variety of items offered. We may even run out of a particular item on a given day at your school, but we will always, always have something to feed the children.” 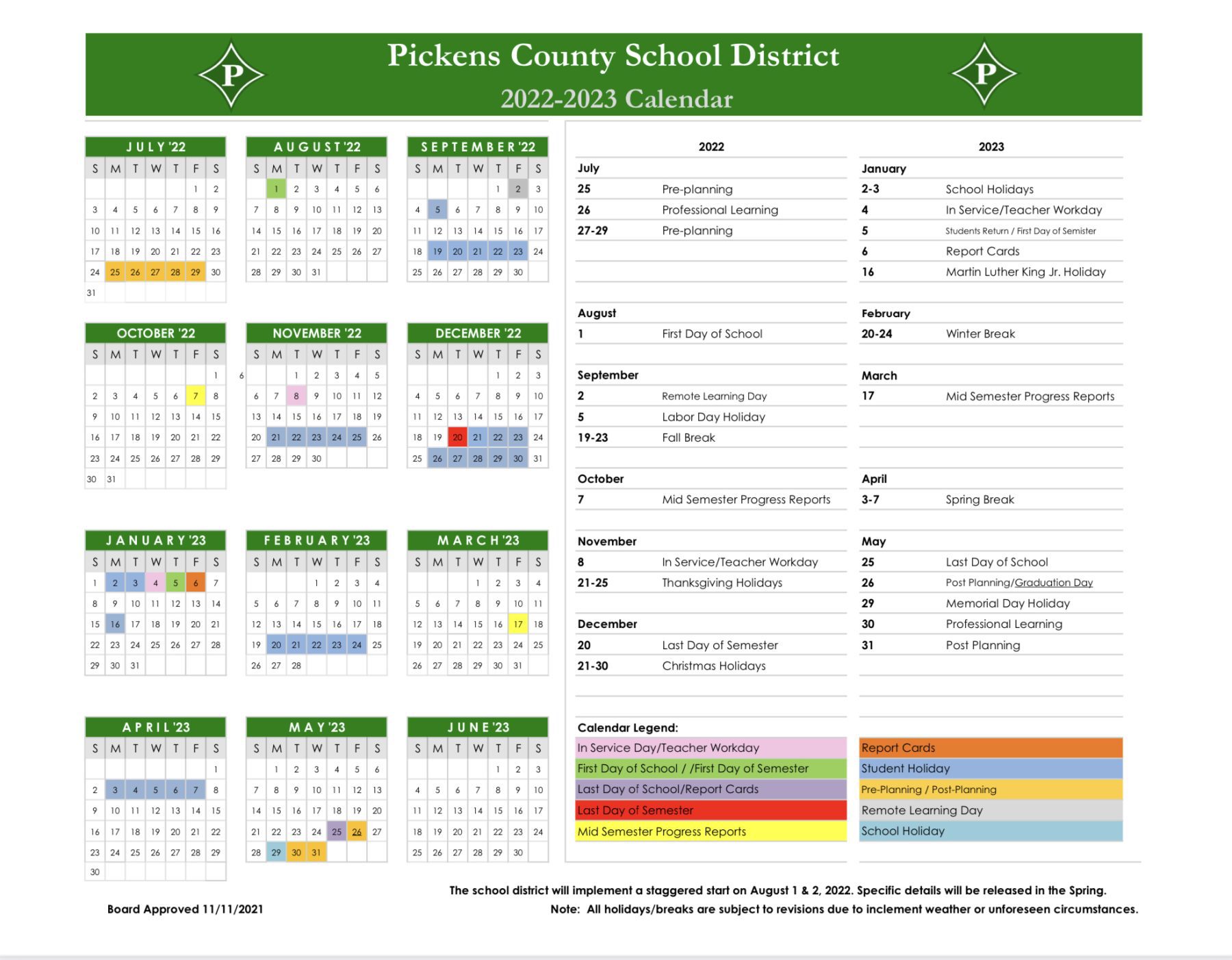 The board also approved the Pickens County School District calendar for the 2022-2023 school year, approved a middle school field trip, and received an update on the new Ag. Facility.