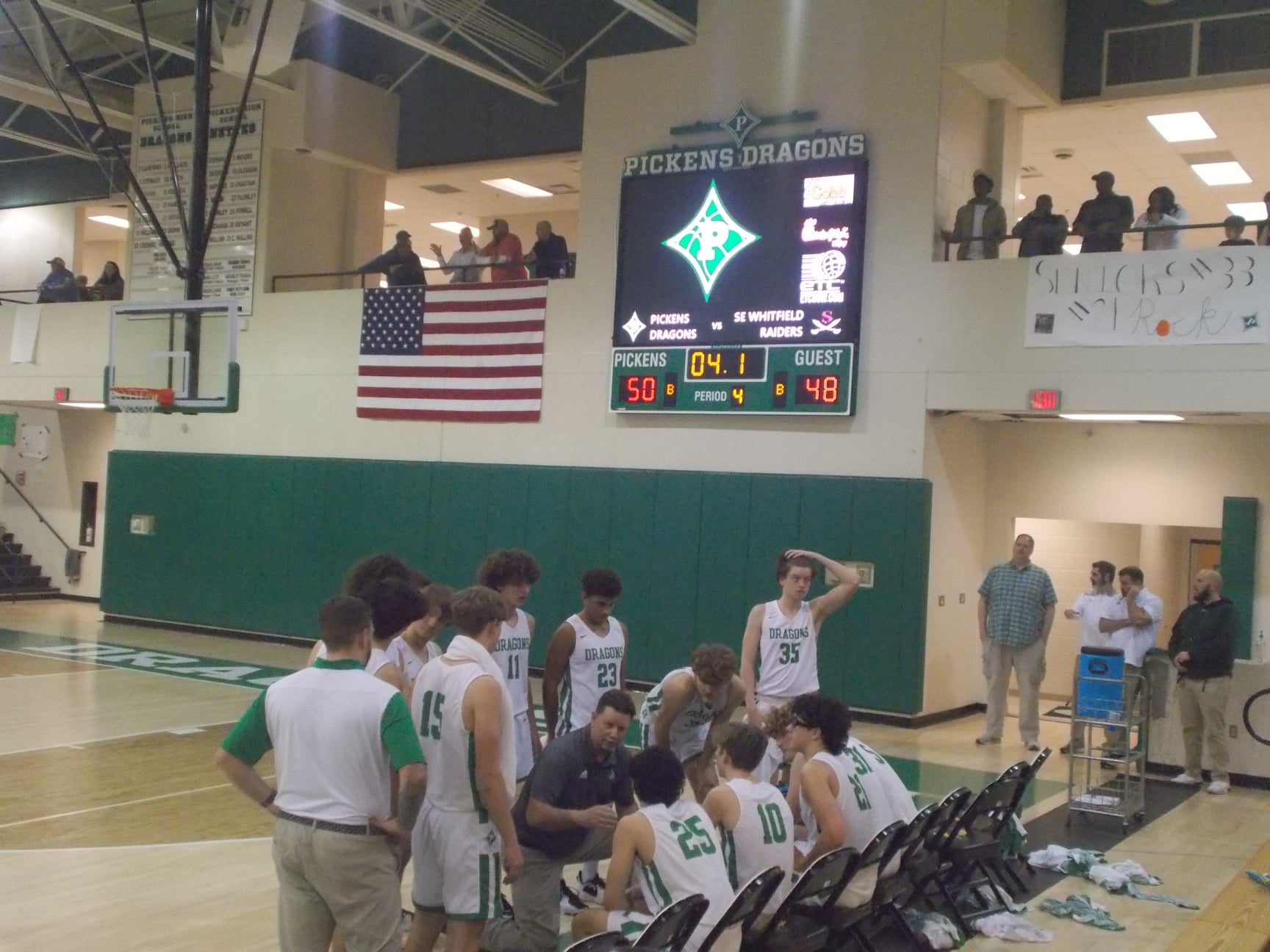 Jasper, Ga — After the girls game was over, we were set for a big time battle between the Pickens Dragons and the visiting Cedartown Bulldogs. Coming into the game, the Dragons were 11-13 overall and 5-6 in 7-AAAA play. The Bulldogs, came in at 10-11 overall and 7-4 in 7-AAAA play. Cedartown defeated Pickens earlier in the season on December 7th in a close game, 55-52. In what was a physical game played by both teams, the Dragons came away with a 52-48 win.

Both teams struggled a bit to start the first quarter until Junior Kadyn Hampton broke the scoreless streak with a layup to make it 2-0 Pickens. Cedartown got it’s first points of the game after a three pointer to take their first lead, 3-2. The Dragons answered with a 7-0 run as Senior Luke Rogers and Sophomore Caleb Keith made layups and Sophomore Camden Dunn hit a three to make it 9-3. After the Bulldogs split a pair of free throws, the Dragons went on a little 3-0 run as Dunn hit a jumper and Rogers split a pair of free throws to make it 12-4. Cedartown made a bucket to make it 12-6 Pickens going to the second quarter. 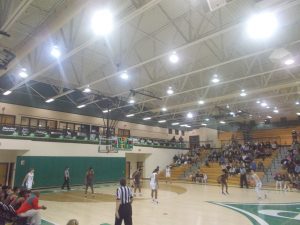 Jaden Stewart with the ball for Pickens

The Bulldogs started the second quarter off on a 10-0 run to retake the lead, 16-12. A three pointer by Sophomore Marcus Pike cut the lead down to 16-15. After the two teams traded free throw makes, Pike made a layup plus the free throw after being fouled to give the Dragons a 20-18 lead. After Cedartown went down and tied the game up at 20, Pickens went on a 7-0 run Rogers made a layup, Junior Jaden Stewart hit a three, and Pike continued his hot quarter with another layup to make it 27-20. The Bulldogs countered that with a 14-0 run to reclaim the lead, 34-27. Stewart made a layup to make it 34-29 going into the break. 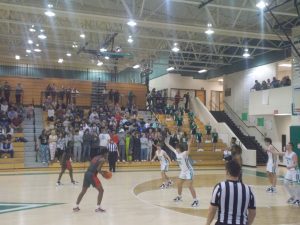 The third quarter was a low scoring frame for both teams and that would end up benefiting the Dragons. Senior Caleb Bryant got things going by splitting a pair of free throws, Hampton, who had been battling foul trouble, made a layup to cut the Bulldog lead down to 34-32. Cedartown ended the mini 3-0 run with a three pointer to make it 37-32. Those would be the only points for the Bulldogs in the third as Pickens went on a 7-0 run to end the quarter capped off by Stewart beating the clock with a layup to give the Dragons a 39-37 lead going to the fourth. 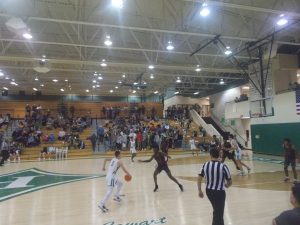 Dragons on offense in the third

The fourth quarter began with the Dragons continuing their run from the third quarter as Stewart and Bryant made back to back layups to give Pickens a 43-37 lead. Cedartown came right back with a pair of three pointers to tie the game up at 43 a piece. Rogers then gave the Dragons the lead back with a pair of free throws to make it 45-43. After a technical foul was called on Pickens, the Bulldogs split the technical free throws and made a layup to give Cedartown a 46-45 lead. On the next trip down, Dunn hit a massive three pointer to give the Dragons a 48-46 lead. The Bulldogs, came right back down the floor and tied the ball game back up at 48. Rogers, came up clutch with another layup to give Pickens a 50-48 lead. Cedartown, then went to the line for a pair of free throws. The first one was no good. With little time left, the second one had to be missed intentionally. In a scramble for the ball, it went out of bounds last touched by the Bulldogs. Rogers would receive the in-bounds pass and was fouled. The Dragons big man went to the line and hit both free throws to give Pickens the 52-48 win.

With the win, the Dragons secured the #4 seed in next week’s 7-AAAA Region Tournament. They will take on the #5 seed Heritage Generals on Tuesday, February 15th in the first round. Heritage defeated the Dragons in both regular season match ups with the game in Jasper being very close. This game, and every other Region Tournament game next week will be played at Northwest Whitfield.