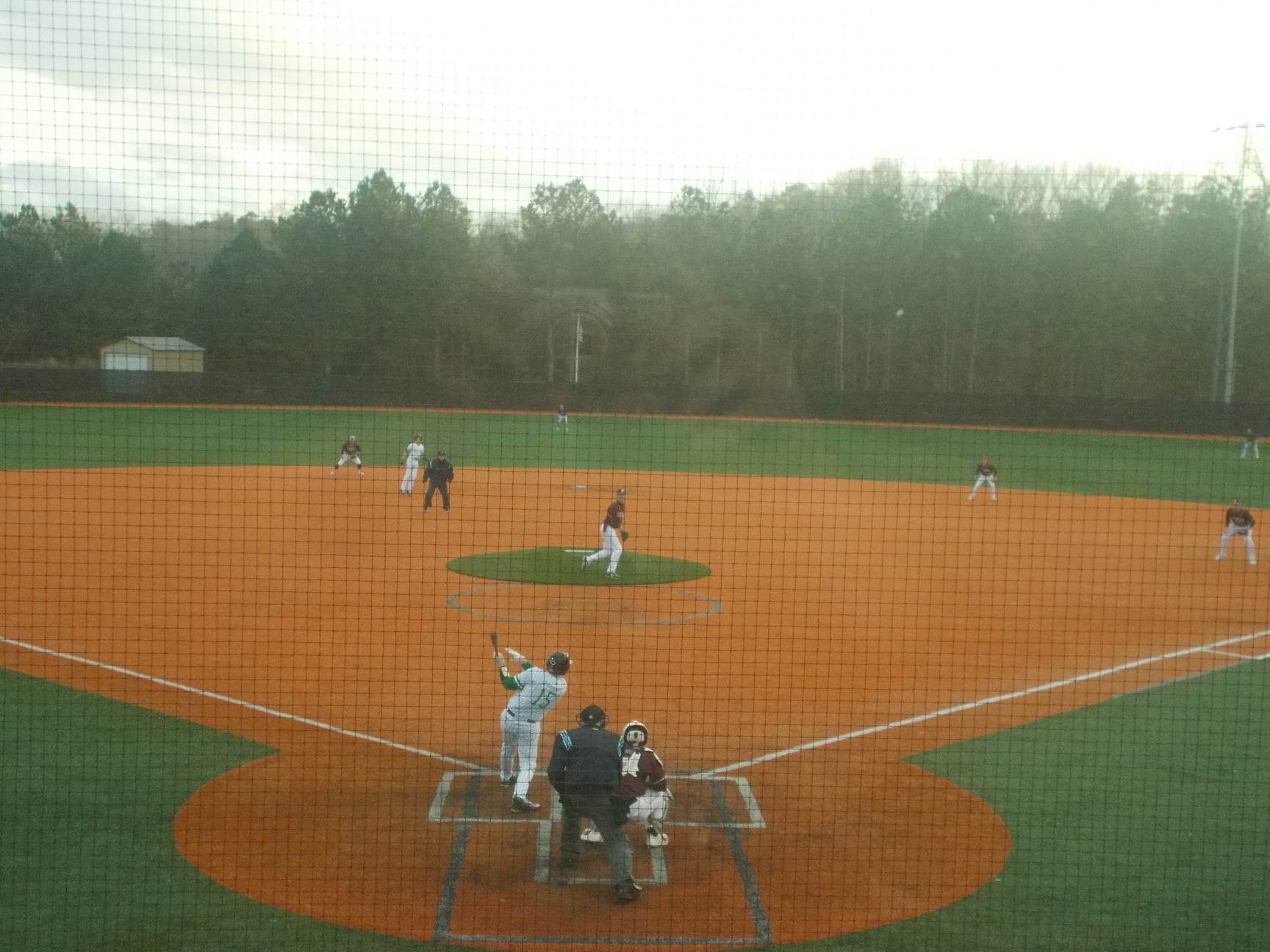 Jasper, Ga — On Wednesday, February 16th the Pickens Dragons baseball team hosted the Dawson Tigers for their 2022 home opener. These two teams played on Tuesday, February 15th in Dawsonville, with the Dragons coming away with a 12-7 win. This game, was originally scheduled for Thursday, but with the weather coming in, they moved the game up to Wednesday. It was a tightly played ball game at Dunn Field as the home team came away with the win, 6-5.

In the top of the first inning, Dragons starter Trey Payne was able to work around a hit and a walk while also striking out two batters to send us to the bottom of the inning scoreless. Sophomore Georgia Tech Baseball commit Connor Shouse, got things going early for the Dragons in the bottom of the first with a single. He then advanced to second after a passed ball. Trace Ledbetter brought him in with an RBI double to deep right field to give Pickens the 1-0 lead going to the top of the second.

In the second inning, Trey Payne again worked around a little trouble as he kept the Tigers scoreless and sent us to the bottom of the second. Pickens, threatened to add to their lead in the bottom of the frame with runners at second and third, but Dawson was able to escape the danger and send us to the top of the third.

In the top of the third, the Tigers broke through and plated two runs with some timely hits to take the lead for the first time, 2-1. The lead would not last long however as the Dragons fired back in the bottom of the third. Ledbetter got on with a 1-out single, then Anthony Antinozzi drew a walk, then Harlan Will got hit by a pitch, then Tyler Payne drove in Ledbetter and Antinozzi with a 2 RBI double to make it 3-2 Pickens going to the top of the fourth.

The Tigers, tried to answer back in the top of the fourth, but the Dragons were able to keep them at bay. In the bottom of the inning, Pickens extended it’s lead as Colby Brooks started the half inning with a single, Shouse drew a walk, followed by Ledbetter also drawing a walk. Will then reached on an error with 2 outs to bring in Brooks. A walk drawn by Tyler Payne brought in Shouse to make it 5-2 Dragons going to the top of the fifth.

In the top of the fifth, the Tigers inched a little closer as they plated a run to make it 5-3. The Dragons went down in order in the bottom of the fifth inning to send us to the top of the sixth with Pickens still leading Dawson, 5-3.

In the top of the sixth, the Tigers took advantage of a couple of miscues and some clutch hitting to score two runs and tie the game up a 5 a piece. Speaking of clutch, in the bottom of the sixth, the Dragons offense definitely was. Shouse led off by drawing a walk on a full count. Ledbetter got on with a single. After Antinozzi laid down a nice sacrifice bunt to move the runners over the second and third, Will was intentionally walked to load the bases with one out. Tyler Payne, was able to bring Shouse in after he hit a grounder to the right side of the infield to give the Dragons a 6-5 lead going to the top of the seventh.

Stats For The Dragons:

The Dragons, now move to 2-0 early on in the 2022 season after the home and home sweep of the Dawson Tigers. Next year, that match up will be a region match up. Speaking of games that will be region games next year, the Gilmer Bobcats will come to Jasper on Thursday, February 24th as they renew their rivalry on the diamond. First pitch set for 5 pm.