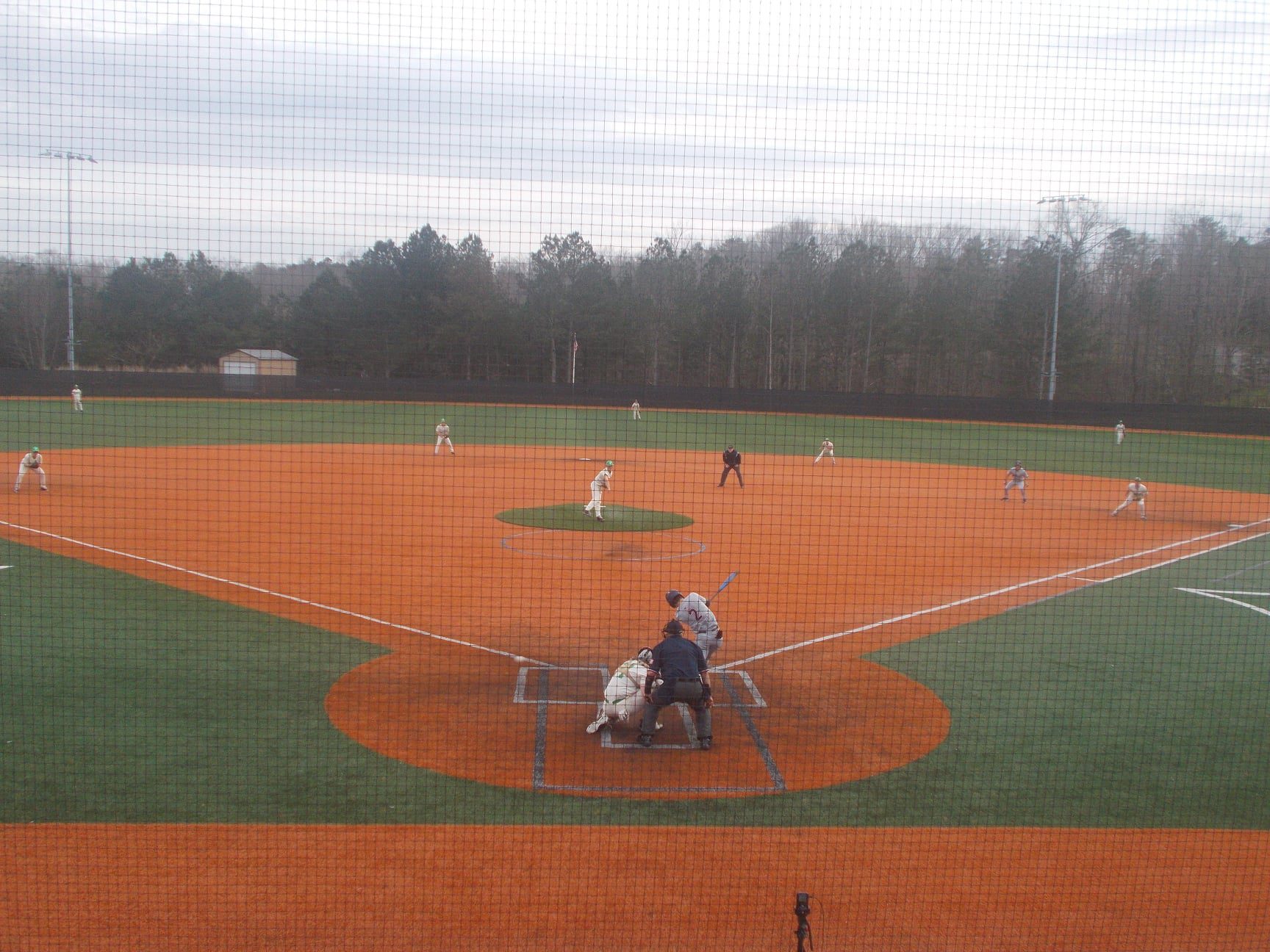 Jasper, Ga — Coming off of a series with Northwest Whitfield last week which saw the Dragons take two of three from the Bruins, Pickens began a series with the Heritage Generals on Tuesday, March 22nd. Heritage, swept the Southeast Whitfield Raiders two weeks ago, but did not participate in region play last week. The Generals, came into the game with a 9-5 overall record and 3-0 in 7-AAAA play. The Dragons, came into the game with an identical 9-5 overall record and a 4-2 record in 7-AAAA play. Off the strength of big time pitching performances by Connor Shouse and JP Nunn, the Dragons came away with a 5-1 win over the Generals in game 1 of the series.

Sophomore Ga Tech commit Connor Shouse, got the start for the Dragons in game 1 of the series. After giving up a lead off walk, Shouse was able to regroup as he would collect his first two strikeouts of the game and send us to the bottom of the first, still 0-0. In the bottom of the first, Shouse led off with a single to the right side. Shouse then took 2nd after a passed ball. He would be left at 2nd as the Generals were able to force a pop up to 3rd, a strikeout, and a ground out to send us to the top of the second, still scoreless.

In the top of the second, Heritage was again able to draw a lead off walk. After the walk, Shouse collected himself and struck out the side to send it to the bottom of the frame. In the bottom of the second, the Dragons were able to get on the board with a couple of runs. Tyler Payne worked the count full then drew a 1-out walk, Trey Payne then hit a single, James Tilley followed that up with a single of his own to load the bases. Colby Brooks, reached on a fielder’s choice as courtesy runner Cason Cannon and Trey Payne came around to score to make it 2-0. Shouse then drew a four pitch walk, and Trace Ledbetter followed with a single to again load the bases. Brooks came in to score after Anthony Antinozzi reached on an error to make it 3-0. The Generals, were able to force a fly out to center as we’d head to the top of the third with Pickens now leading Heritage, 3-0.

In the top of the third, Heritage, was able to force yet another lead off walk. Their third in three innings. The Dragons got a big double play after the walk as Ledbetter gathered the ground ball, stepped on first, then fired it to Tilley at second to complete the double play. Shouse then ended the top half of the third with his 6th strikeout of the game. In the bottom of the third, Cade Sutton led off by reaching on an error. After a beautiful bunt by Tyler Payne, Sutton found himself at 2nd. Trey Payne then reached on a 4 pitch walk to put runners at 1st and 2nd with just 1 out. Tilley, reached first on a fielder’s choice, which allowed Sutton to come in and score to make it 4-0 Dragons. Brooks, then nearly beat out a grounder to the third baseman as they’d go to the top of the fourth, with Pickens leading the Generals, 4-0.

In the top of the fourth, Shouse picked up his 7th strikeout of the game to begin the top half of the frame. While the pitches weren’t missing by much, Heritage was able to draw a walk for the 4th time to put a runner at 1st. After the walk, Shouse then collected his 8th strikeout for the second out of the inning. After the Generals picked up their first hit of the ball game, Shouse ended the top half of the fourth with his 9th strikeout to send us to the bottom of the inning. In the bottom of the fourth, Heritage got it’s first clean inning of the game as they were able to force two fly outs and a ground out to send it to the fifth with the Dragons ahead, 4-0.

In the top of the fifth, Shouse forced two ground outs and picked up his 10th strikeout in a clean top half of the frame to send it to the bottom of the inning. In the bottom of the fifth, Sutton reached on a 1-out single. Tyler Payne reached on a 4-pitch walk to put runners on 1st and 2nd with 1-out. The runners then moved up to 2nd and 3rd as Trey Payne grounded out to first. Tilley, drove in the courtesy runner Cannon to make it 5-0 Pickens. Tilley, advanced to 2nd on the throw home and the Dragons had runners at 2nd and 3rd with 2-outs. Heritage, got out of the inning after a fly out to right field and they’d go to the top of the sixth with Pickens now leading the Generals, 5-0.

In the top of the sixth, JP Nunn came on in relief of Shouse. Heritage picked up a run on 3 hits in the top of the inning to cut the Dragons lead to 5-1. In the bottom of the frame, Ledbetter reached on a 1-out single. Antinozzi reached on a walk to put runners on 1st and 2nd with 1-out. The Generals, forced to pop outs to send it to the seventh with the Dragons ahead, 5-1.

In the top of the seventh, Nunn worked around a lead off walk as he picked up his 2nd and 3rd strikeout and left that runner stranded to end the ball game and seal the win for the Dragons in game 1 of the series, 5-1.

Stats For The Dragons:

Cade Sutton: 1-4 with a single and 1 run scored