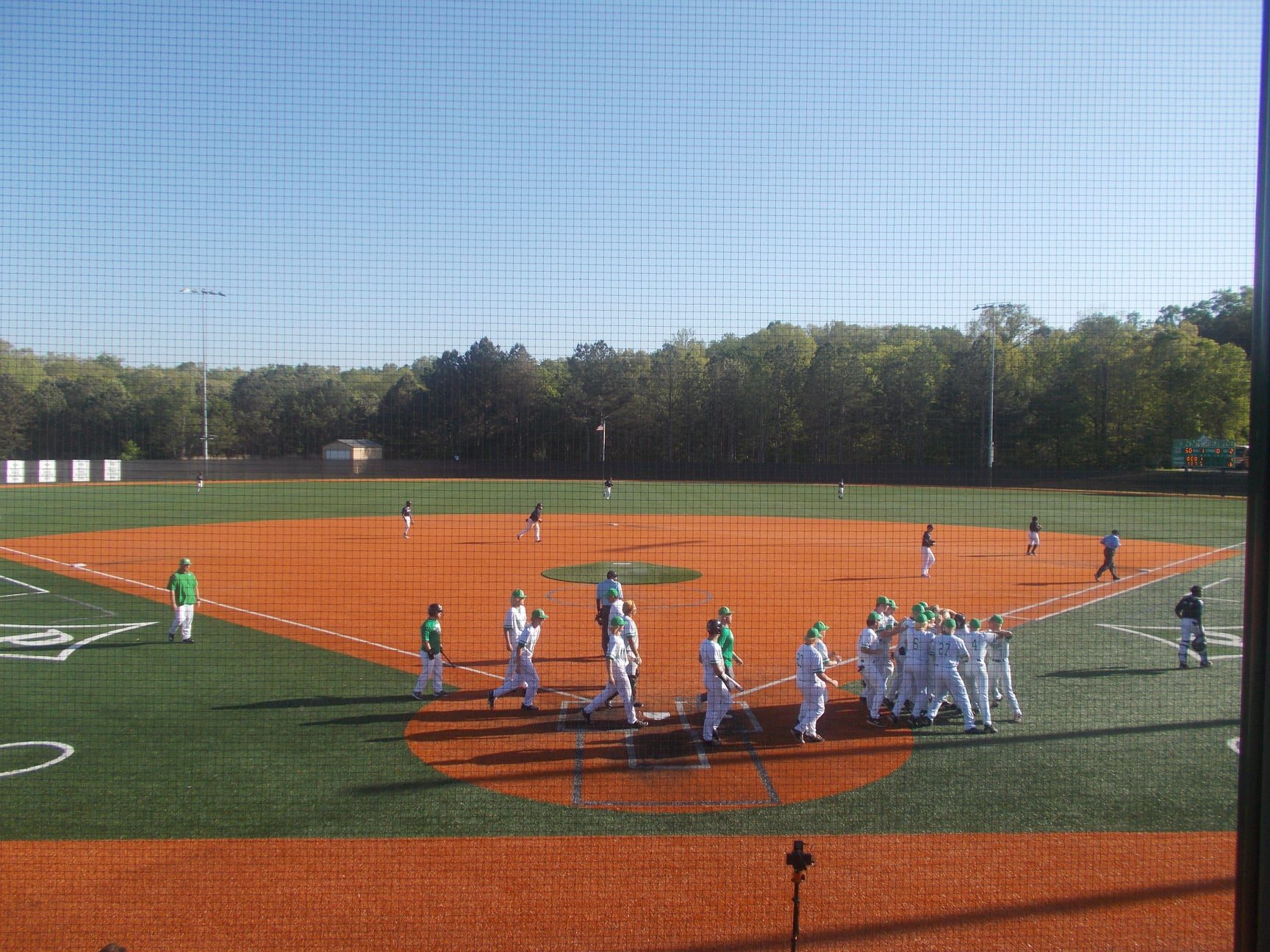 Jasper, Ga — After sweeping the Ridgeland Panthers last week, the Pickens Dragons earned the #2 seed for 7-AAAA. For the first time in school history, the Dragons would be hosting a playoff series as they welcomed the #3 seed out of region 5, the Luella Lions. The 4A State Baseball Tournament format is a doubleheader on one day, and if needed, a third and final game the next day. Two wins advances you to the next round. The Dragons, had outstanding pitching in both games on Wednesday, April 27th, and the bats weren’t bad either as they swept the Lions in the doubleheader, 16-1 and 12-1.

Trey Payne took the mound for the Dragons in game 1 of the best of 3 series and he was fantastic. Payne, got the Lions in order with a strikeout, a pop out, and a fly out to left field on 12 pitches to send it to the bottom of the first. In the bottom of the first, the designated hitter Sam Hammontree, led off with a double. Hammontree, would then advance to 3rd on a grounder by Trace Ledbetter. Anthony Antinozzi would drive in Hammontree on another grounder to give the Dragons a 1-0 lead going to the second.

In the top of the second, Payne picked up where he left off in the first as he again sat Luella down in order on 11 pitches. In the bottom half of the second, Payne led off by reaching on an error by the center fielder. After a pop out and a fly out, James Tilley drew a walk to reach 1st. Colby Brooks, then laced a single into the outfield as both courtesy runner Tee Knight and Tilley would come around to score to make it 3-0 Dragons. Hammontree, then hit another double, this one scoring Brooks to make it 4-0 Pickens going to the third.

In the top of the fourth, Luella got it’s only hit and run of the game off of a solo home run. The Lions, would also draw a 2-out walk, but Payne would get the next batter to pop up to Evan Giddens on the next pitch to send it to the bottom of the fourth with Pickens leading, 11-1. In the bottom of the fourth, Cade Sutton reached on a 1-out walk. Giddens, then drove him in with an RBI single. Tilley, then reached on a single of his own. Brooks, would drive in both Giddens and Tilley with a 2 RBI single to make it 14-1. With 2 outs, Ledbetter stepped to the plate. On a 1-0 count, he would smack one over the left field wall for a 2-run home run and to walk off game one giving the Dragons a 16-1 win.

For game 2 of the best of 3 series, the Dragons were designated the “away” team, and the Lions were designated the “home” team. In the top of the first, the Dragons carried over their hot bats from game 1 as Sam Hammontree led off with a double. Trace Ledbetter would drive him in with an RBI single. Anthony Antinozzi, then drew a walk. After Ledbetter advanced to 3rd, the Dragons did a double steal as Antinozzi took 2nd, and Ledbetter came home on the throw to 2nd to make it 2-0. Antinozzi, was then able to tag up and advance to 3rd after a fly ball to right field by Harlan Will. Antinozzi, came in to score on a sacrifice by Trey Payne to make it 3-0 Pickens going to the bottom of the first. In the bottom of the first, Dragons starter JP Nunn, got into a bit of a jam as he issued a 1-out walk and then the next batter would reach on an error to put runners at 2nd and 3rd. Nunn, was able to shake it off and pick up his 1st and 2nd strikeout of the game to send it to the second with the Dragons ahead, 3-0.

In the top of the second, Pickens got hits from Hammontree, Antinozzi, and Will as they plated 4 runs on 3 hits and 2 errors to stretch the lead out to 7-0 going to the bottom of the frame. In the bottom of the second, Nunn had a less stressful half inning as he picked up his 3rd and 4th strikeout and sat the Lions down on just 9 pitches. Going to the third, the Dragons led Luella, 7-0.

In the top of the fourth, Ledbetter led off with a walk. After Antinozzi flew out to right, Will drew a walk. Payne, brought in both runs with a base hit to make it 10-0. After a fly out by Sutton, Giddens drew a walk. Tilley, would then bring in Payne with an RBI single to make it 11-0. Brooks, followed that up with an RBI single of his own as Giddens would come in to score. Going to the bottom of the fourth, Pickens led Luella, 12-0. In the bottom of the fourth, the Lions got on the board again with a solo home run to make it 12-1. Luella followed that up with a little bloop hit down the right field line. Payne, patrolling right, got to the ball and threw a strike to Tilley covering 2nd to get the runner trying to stretch a single into a double. Nunn, did the rest of the work in the fourth as he picked up his 7th and 8th strikeout to send it to the fifth with the Dragons up, 12-1.

In the top of the fifth, the Dragons brought in some substitutions to get an at bat. First up, Cason Cannon, who sent a shot right back where it came from, but was caught by the pitcher. After a line out to right by Stephens, Jackie Jarrett drew a 2-out walk. He would be left stranded at 1st as the Lions got a strikeout to send it to the bottom of the fifth. In the bottom of the fifth, Ledbetter came on to try to finish this game off. After striking out the first two batters looking, the Lions were able to draw a 2-out walk. Not fazed by the walk, Ledbetter struck out the next batter looking to seal the win 12-1, and send the Dragons to the Sweet 16.

Up next for the Dragons, a date with the Thomas County Central Yellow Jackets in the Sweet 16. The Yellow Jackets, are the #1 seed out of region 1. They swept New Hampstead in the first round. This will be the Dragons first ever trip to the Sweet 16 of the state baseball tournament. Games 1 and 2 are set for Tuesday, May 3rd and the “if” game is set for May 4th. Times are to be determined.