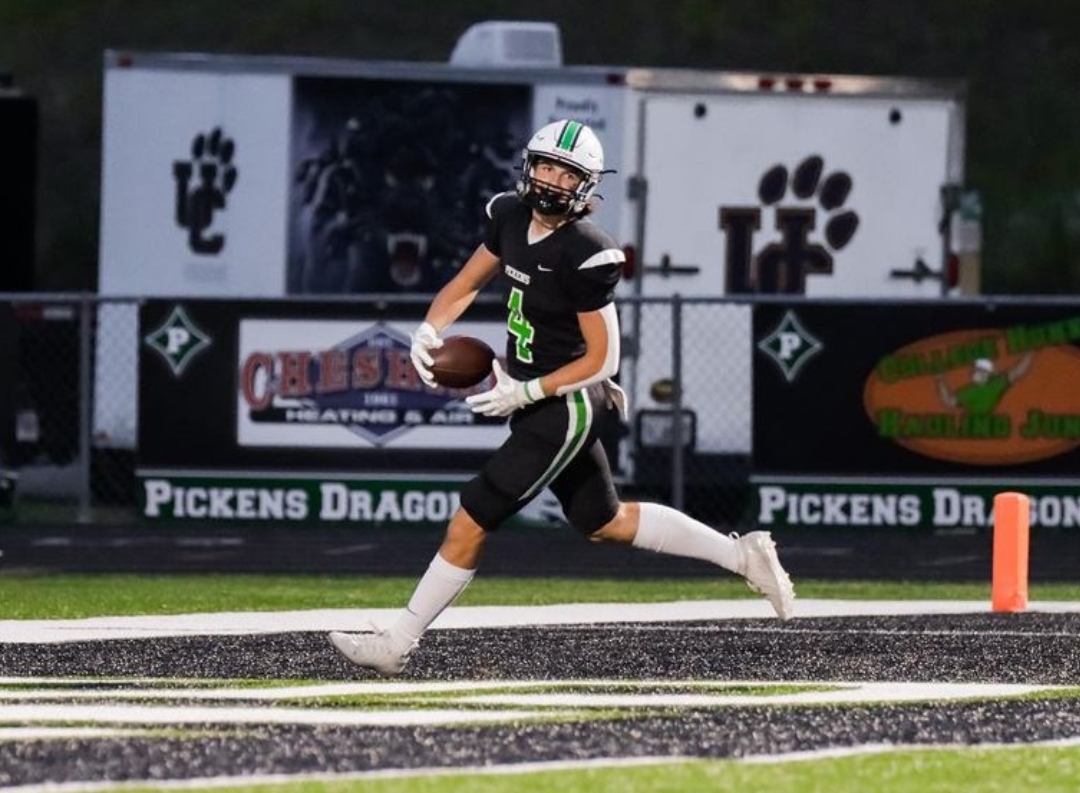 All eyes will be on the newcomers this year, but the OG guys will be looking to stand their ground and prove this region is anything but a cakewalk.

In 7 games last season, Legault averaged over 18 yards per reception at the receiver spot. He led the team in receiving yards and yards per game despite the fact he only appeared in 7 games, and also hauled in a receiving TD. His counterpart Andrew Malin led the team in receiving Touchdowns with 4, but Legault should find himself in the end-zone more this year if he can stay on the field.

This guy #12 Caleb Norrell @CalebNorrell is a football player.
All over the field last night. Several TFLs, FF, PBU.
All Region guy in ‘21. pic.twitter.com/UPpxjctJ6R

While we don’t have any stats from Norrell for last year, he turned heads in the Indians’ spring game. The rising senior had several pass breakups, a forced fumble, and several tackles for loss in the spring showing. He is almost certainly going to be an All-Region guy this year for Lumpkin, and should be a key piece in helping their program get back on track.

Biscuits & gravy. That’s what you’re getting with Gilmer County’s backfield this year as Brock Titus and Will Kiker return for their senior season. Titus is just 1/2 of the 2 headed purple monster the Bobcats are poised to roll out next year. I’m not sure whether Titus is “biscuits” or “gravy” but I do know that he’s a hard nosed runner that’s not afraid to take a lick. He ran the ball 137 times last year for nearly 600 yards and also accounted for 7 TDs on the ground. Look for those numbers to skyrocket this year.

75 rush yards per game and 5 rushing TDs through only 6 games last year means that’s Will Kiker is poised for a big season for the Bobcats. He made his mark in the final game of the season last year, totaling 261 yards on the ground 👀. Kiker has been working in the weightroom all offseason and seems to have added some size to his 6 foot 2, 180lb frame. Kiker also had 40 tackles on defense last year, and I would expect his presence to be felt alot more on the defensive side of the ball this year with his added strength. 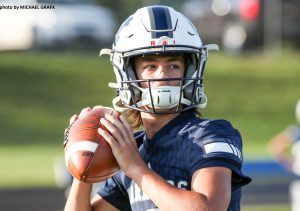 The one and only ’25 to make this list, Nix made a name for himself last season. He took the reigns as the Warriors starting Quarterback, and tried to fill the hole that was left by J-Ben Haynes. Nix proved himself worthy to be Haynes successor, as he threw for over 1,300 yards and 12 touchdowns in only 8 games. He took over as the Warriors starter in the third game of the season, and helped his guys pick up their first win of the season vs Pickens County.

Moledor is exactly what you want at the Linebacker position. He proves game in and game out that he has the lateral quickness to make any open field tackle, and also the downhill steam meet you at the line of scrimmage. Moledor had 120 tackles last year for the Tigers, including 16 tackles for loss. He definitely should be a contender for Region 7AAA defensive player of the year when it’s all said and done.

6'4" 200lb ('24) WR @marcuspike7 is going to be scary in a @super8753 offense. Add in @samstreicher12 spinning it, and 7AAA better look out. @GrantMyers44 can't wait to see the spring work come to fruition Friday. pic.twitter.com/2AFZKer2cg

The #1 returning receiver for a Dragons team that just barely missed the playoffs in AAAA last year, I’m sure Marcus Pike and the rest of the Pickens O will make sure that doesn’t happen again. Pike snagged 34 receptions for 670 yards and 5 TDs in his Sophomore season last year, and will be Sam Streicher’s number 1 option for 2022. Pike will be a huge part of a Pickens offense that loves to open it up on ya. 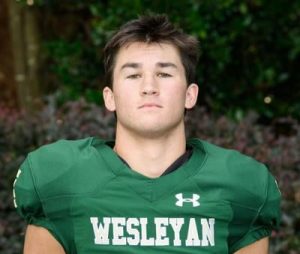 Next in line for the starting Quarterback job for the Wolves, the class of 2024 product will fit in nicely as the Wesleyan signal caller. He already proved himself last year on the defensive side of the ball as he was credited with nearly 50 tackles and 5 INTs 🥷. Hardy has good arm strength and can also hurt you with his legs, and will be one of the big reasons that Wesleyan is favored to win the region (yep I said it, Wesleyan is the favorite to win the Region). This is a guy to keep your eye on in the coming years. If he’s anything on the football field like he is on the baseball diamond, watch out 7AAA. 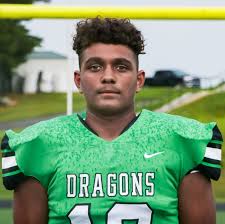 Maybe the odds on favorite to win DPOY in 7AAA, Kadyn Hampton is a beast. He had more than double the amount of tackles than anyone else on his team last year with 112, and also had .5 sacks per game in his Junior year. Hampton is a “head down, hardworking” kind of guy and his ceiling is incredible. He’s not the biggest guy on the field, but he might be the hardest hitting guy on the field.

An obvious D-1 talent, Tremble already has offers from Duke, Boston College, Georgia Tech, and Vanderbilt heading into his Junior season. The 6’4″, 190lb wideout is a big YAC guy, racking up a ton of yards after the catch and even after first contact. He’s tough to bring down. In his Sophomore campaign he hauled in 44 receptions for 620 yards and 5 TDs. The numbers he puts up this year are going to put those to shame.