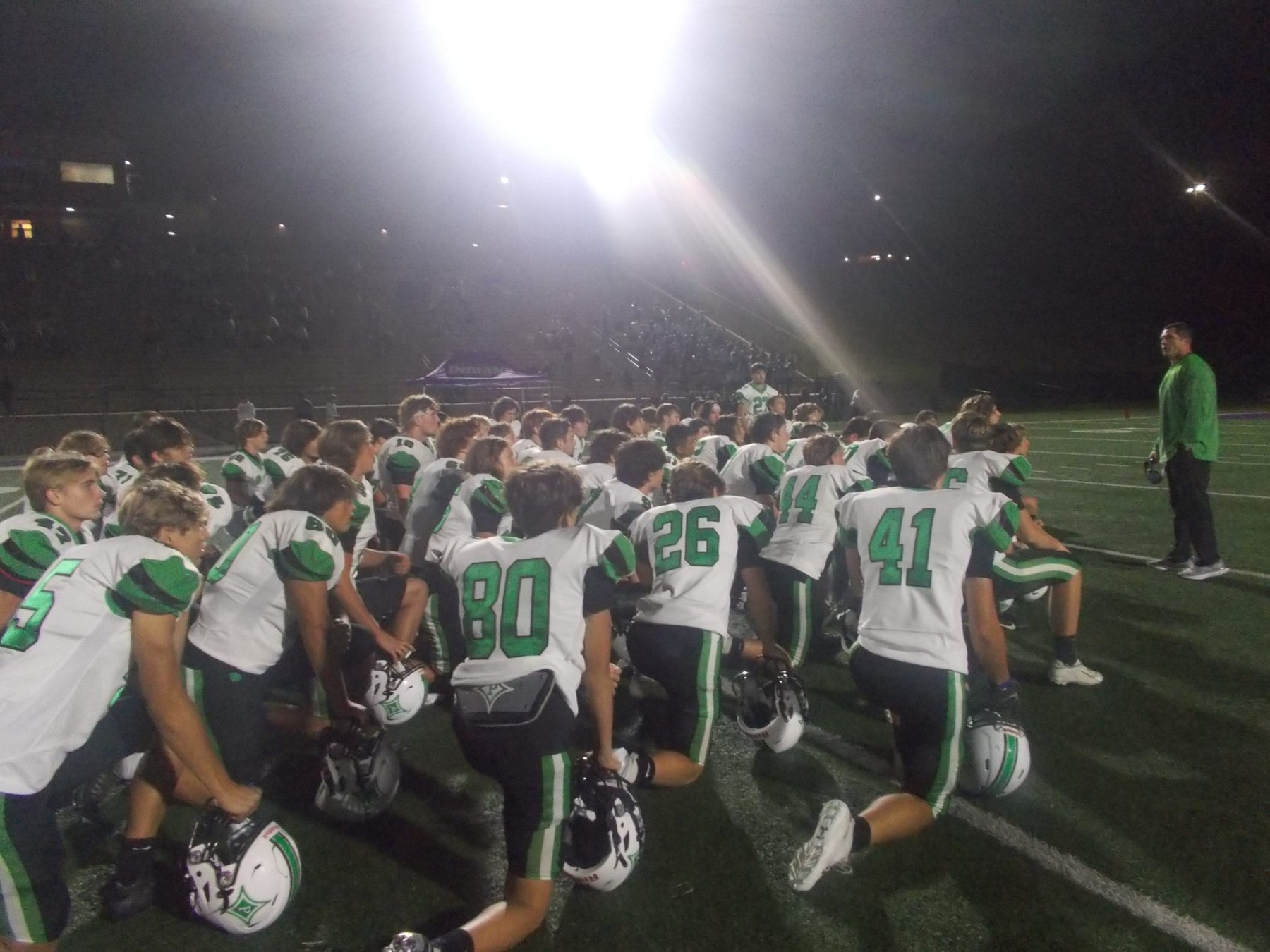 Dahlonega, Ga — It was a pretty and much cooler Friday night as the Pickens Dragons traveled to Dahlonega to open up 7-AAA region play against a team that some may think have had a surprising start to the season in the Lumpkin County Indians. These two teams hadn’t played each other since 2009. These two first started playing one another in 1962. It took a break after 1999, and came back in 2006 before again going on a break after 2009. Coming into the game, the Indians held a 3-game win streak dating back to 2007. The last win for the Dragons came in 2006. Pickens led the all-time series 19-18-1 coming into the game. The tie came in 1981. The Indians, kept their perfect start to the season as they were able to pull away, 42-7.

Lumpkin won the opening coin toss and elected to differ. After the Dragons were unable to get anything going on their opening drive, the Indians got the ball and drove down the field and scored on a 16-yd run by Junior Mason Sullens. The PAT was good and with 6:38 left in the first quarter, Lumpkin took a 7-0 lead. The Indians added to their lead at the 4:17 mark of the opening quarter as Senior Cooper Scott connected with his target for a 57-yd touchdown. After the PAT, Lumpkin led it 14-0. The Dragons got on the board after they were able to drive down the field and cash in with an 11-yd run by Senior Kadyn Hampton. The PAT was good and with 1:59 left in the first quarter, the Indians lead was cut in half, 14-7. Pickens got the ball back after the defense blew up a play and recovered a fumble. The Dragons had the ball going to the second quarter. 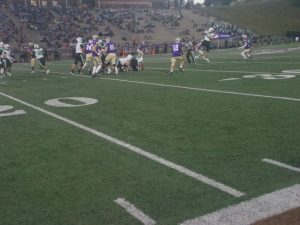 Isaiah Williams makes a catch for a first down

Starting the second quarter, Pickens looked to try and tie the game. After being stopped on 3rd down, the Dragons went for it on 4th. The Dragons picked up the first, but the officials ruled that a fumble occurred and that Lumpkin had recovered. The Indians added to their lead with a 1-yd touchdown run. With 4:13 left in the first half, Lumpkin led Pickens, 21-7. The score would remain the same as we headed into halftime. 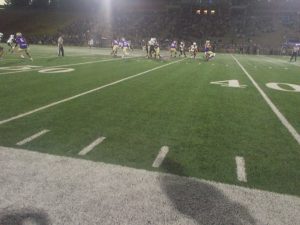 Dragons defense gets to the QB

The Indians, got the ball first in the second half. Lumpkin, again stretched their lead after a 15-yd touchdown pass. The PAT was good and with 7:26 left in the third, the Indians led the Dragons, 28-7. Both teams had chances the rest of the quarter, but the score remained the same as we headed to the fourth and Lumpkin ahead, 28-7. 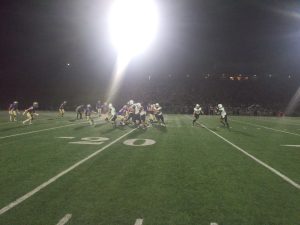 In the fourth quarter, the Indians added a 42-yd touchdown pass. The PAT was good and with 8:30 left in the ball game, Lumpkin led Pickens, 35-7. Late in the game, as the Dragons were trying to get something going, the Indians picked off the pass attempt and took it all the way back to make it 42-7. That would be the final score on the night as the Indians picked up the win.

The Dragons, will be off next week as they have their region bye week. The next time Pickens will be in action is on Friday, October 7th as they again take to the road to battle the Dawson Tigers. The Dragons will look to get back on track and even up their region record. Kick off is set for 7:30.