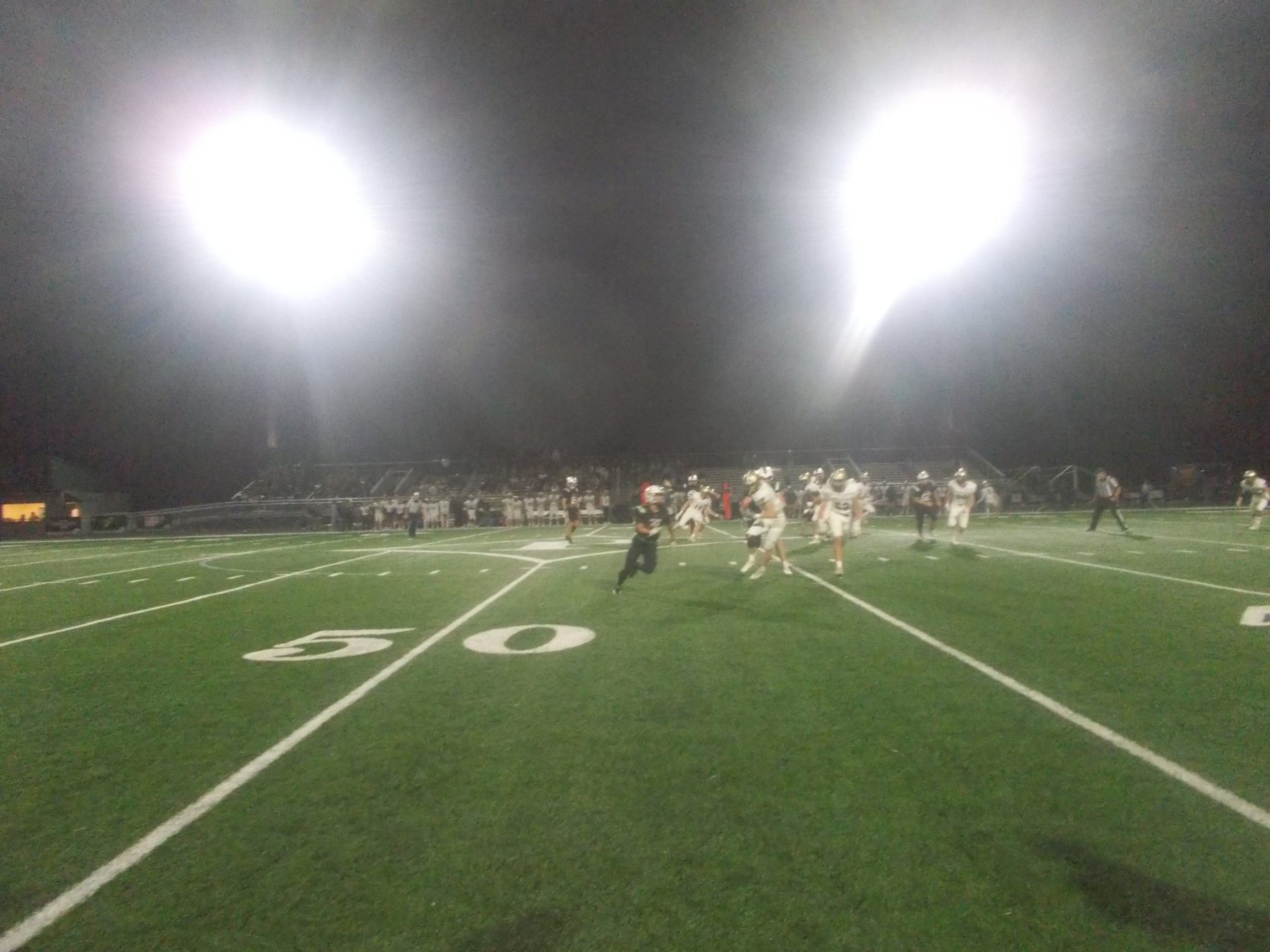 Jasper, GA — It was the last regular season home game of the 2022 season as the Pickens Dragons welcomed the Wesleyan Wolves to Jasper for Senior Night. It was a first time ever meeting between these two teams, who had a lot to play for. A win for either team would secure the #3 seed in the upcoming State playoffs. In a game that was pretty much back and forth throughout, it was the Dragons that came up clutch to pick up the 20-13 win and the 3rd seed out of 7-AAA.

The Dragons, won the toss and elected to differ to the second half. The first possession for Wesleyan did not last very long as Senior Jack Flatt made a great play on the first pass attempt by the Wolves to get the interception. The first drive for the Dragons stalled as they were unable to capitalize on the turnover. Fortunately for Pickens, the defense came up with another interception on Wesleyan’s next possession as Senior Colby Brooks got in front of the receiver and took it to the Wolves 15-yd line. Miguel Salto ended the drive after one play as he took it in for a 15-yd touchdown. The PAT was no good and with 7:52 left in the first quarter, the Dragons led the Wolves, 6-0. Wesleyan, scored their first points of the game at the 3:55 mark of the first quarter after a 25-yd touchdown pass. Their PAT was successful and the Wolves now led Pickens, 7-6, as we headed to the second quarter. 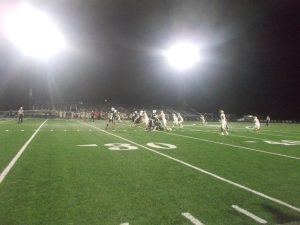 In the second quarter, the Dragons defense was up to it again as a high snap caused a timing issue for the Wolves and led to a fumble recovery for Pickens. The Dragons, cashed in on the Wolves third turnover of the game as Salto found the end zone from a yard out for his second score of the game. The PAT was again missed and Pickens would go into the break leading Wesleyan, 12-7. 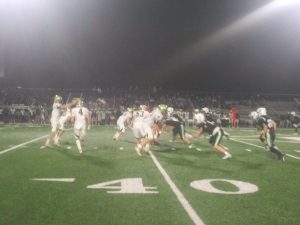 This snap led to a Dragons fumble recovery

With no scoring in the third quarter, we’ll pick it up in the fourth. Wesleyan got down to the Dragon 1-yd line after a big pass and catch connection by the Wolves. To their credit, the defense for Pickens, still holding on to a 12-7 lead, held Wesleyan to a 20-yd field goal that made it 12-10 Dragons with 10:23 left in the ball game. Later on in the quarter, Pickens held the Wolves again to a field goal attempt. This one, from 36 yards out. Wesleyan also connected with that kick to retake the lead, 13-12 with 3:58 left in the game.

Trailing with time running down, this Dragons team, especially the Dragon team we’ve seen as of late, was not rattled. Hoping to engineer a potential game winning drive, Juniors Sam Streicher and Marcus Pike got their connection going. Streicher looked for Pike down the sideline, which drew the flag and set up the Dragons at the Wesleyan 9-yd line. Riding the hot hand, Streicher, connected with Pike in the corner of the end zone for a 9-yd touchdown. Pickens then made the decision to go for two to try to make it a 7 point game. They did just that as Streicher found Gabe Neil, who made an incredible one handed grab with a Wolves defender wrapped around him for the 2-point conversion.

With 1:03 left in the game, it was Wesleyan’s turn to try to come up with some magic of their own. Having just gotten over into Dragon territory with just around 20 seconds left, the Wolves threw a deep pass that was picked off by Mason Stanfield. That interception, sealed the Dragons fourth consecutive win, and the #3 seed out of 7-AAA.