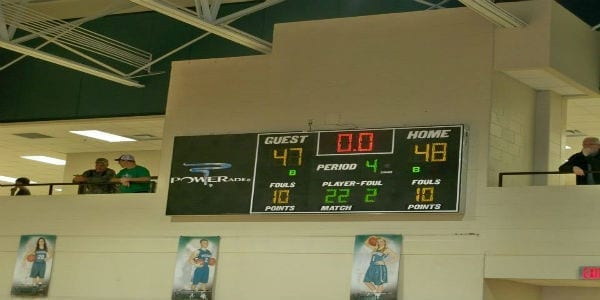 Yesterday, the Dragons varsity basketball team hosted the Paladins of Fellowship Christian in day two of the Pickens Holiday Classic. Pickens, coming off of a thrilling 3-point win over Woodstock Saturday, looked to continue that momentum into Monday and pick up their tenth win of the season. The Dragons did just that in another heart stopping game.This close match up started with the Dragons opening up an early lead but the Paladins cut into it before the end of the quarter as Pickens led it going to the second, 10-8. Both teams got their offense going in the second quarter. Fellowship Christian outscored the Dragons 17-16, but it was Pickens who still held a slim lead going into halftime, 26-25.

The Dragons defense came out determined in the third quarter. The Paladins scored only 3 points and Pickens stretched out its lead to 37-28 as we headed to the fourth. Fellowship Christian did not give up however as they outscored the Dragons 19-11 in the fourth. Up three with just seconds left, senior Shannon Brooks made the second of two crucial free throws to make it 48-44. The Paladins hit a three pointer as time expired as Pickens came away with the 48-47 win.

Leading the way for the Dragons on Monday were:

Walker Lawrence: 4 points, and a rebound

Pickens closes the Holiday Classic later today as they take on the Model Blue Devils. Tip off scheduled for 7:30 and will be played in the new gym.