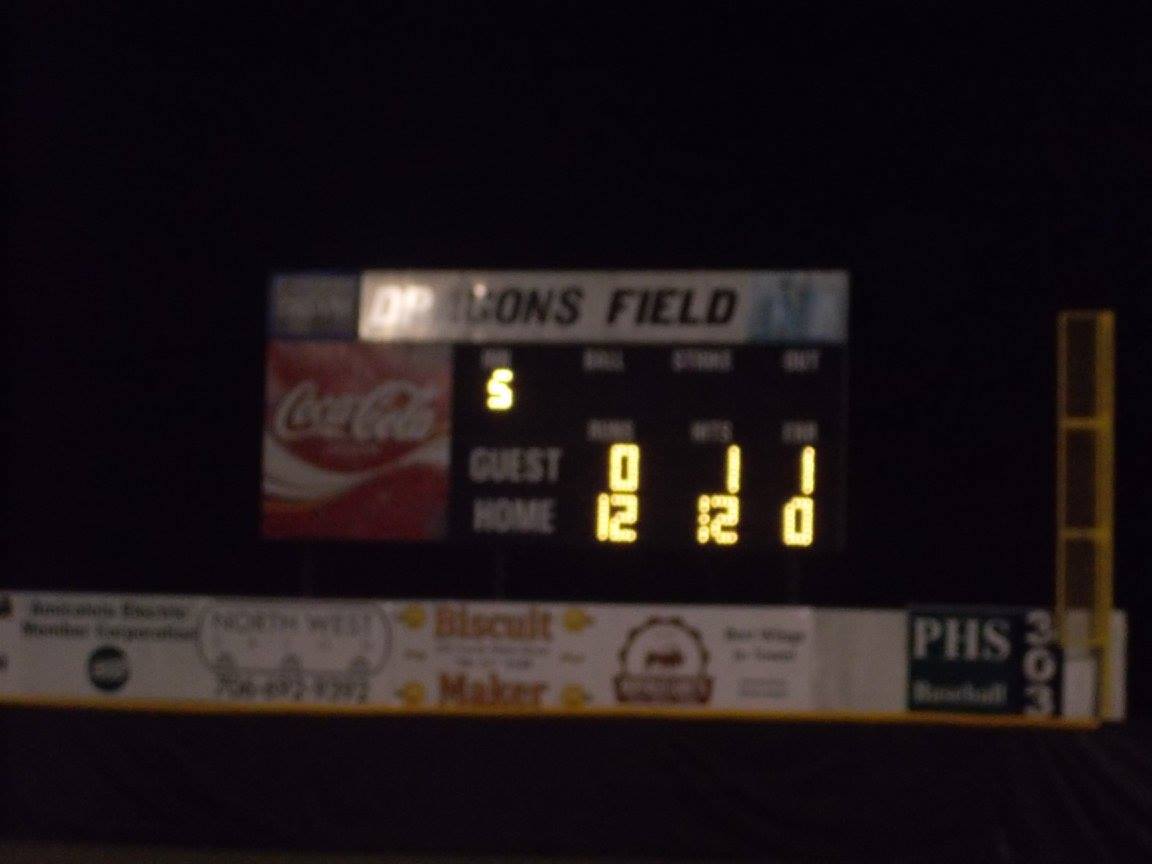 After a thrilling 9 inning game between the Dawson Tigers and the Apalachee Wildcats, the Dragons were next to play the Wildcats. Pickens wasted little time getting the scoring started.

After Senior starting pitcher Tyler Garner got a 1-2-3 top of the first, the Dragons got on the board in the bottom of the frame as Senior Walker Lawrence drove in Travis Huffman on a sac fly to give Pickens a 1-0 lead going to the 2nd. Garner continued his stellar work on the mound as he fanned all three Wilcat batters he faced in the top of the 2nd. The Dragons added to their lead in the bottom half as Travis Huffman drove in Joseph Gossett & his brother Dylan Huffman, then Garner helped his own cause after driving in T. Huffman to stretch the lead to 4-0 going to the 3rd.

In the 3rd, Garner again struck out the side to send us to the bottom of the 3rd. In the bottom of the 3rd, the Dragons opened things up with an 8 run inning on 7 hits, getting an RBI from Wyatt Gooch, D. & T. Huffman, Zach Moore, Garner, Lawrence, Dalton Presley, & Gossett. Dominic Stephens replaced Garner in the 4th and shut down Apalachee allowing only one hit and one walk. Pickens came away with the win after 5 innings, 12-0. Evening their season record at 2-2.

Walker Lawrence had a single, & 2 RBI

The Dragons will again be on the home field this Wednesday as they host former region foe, the North Hall Trojans. First pitch is set for 5 p.m.