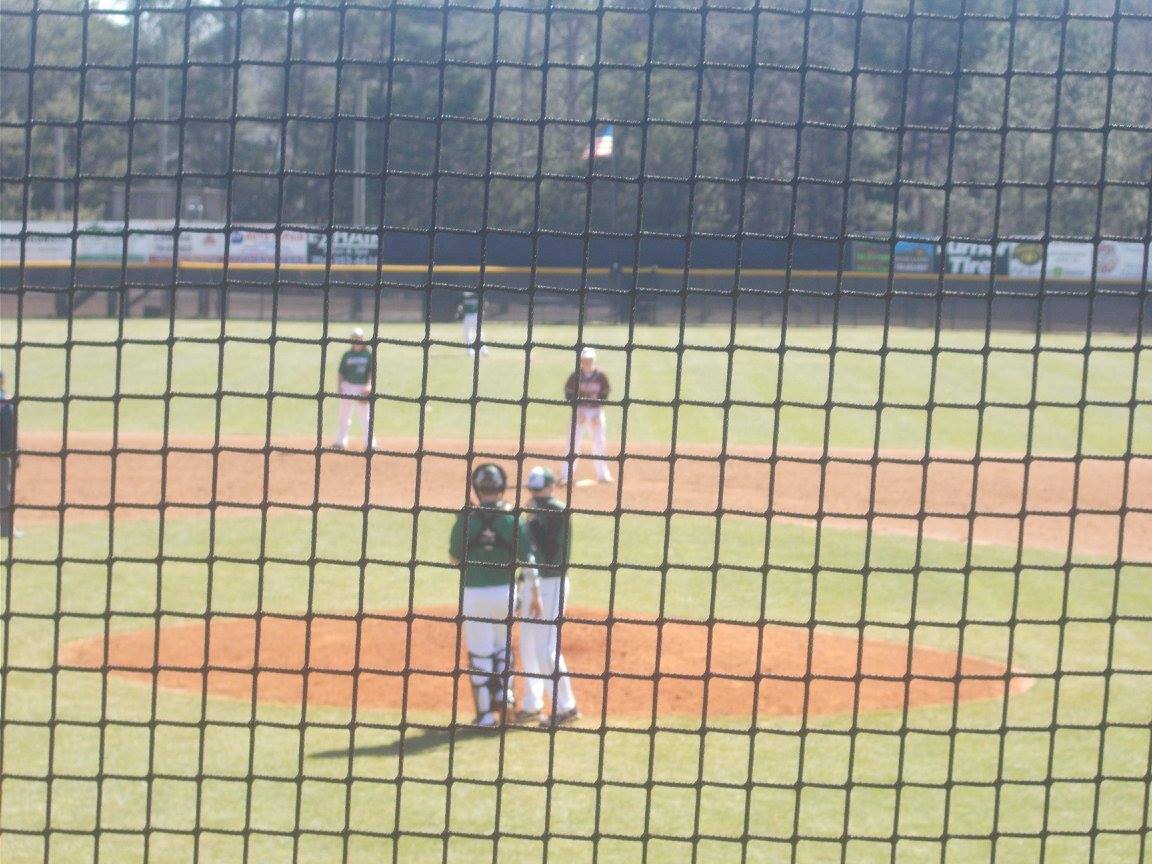 Yesterday, the PHS Dragons Varsity baseball team hosted the Tigers of Dawson Co. & the Wildcats of Apalachee in a three game Saturday matinee. The first game for the Dragons pitted them against Dawson.

After a lead off double by UGA commit, Tucker Maxwell, Dragons starting pitcher Travis Huffman got Pickens out of the inning with no harm done. Pickens went quietly in the bottom of the 1st and we went to the 2nd, scoreless. In the top of the 2nd, the Tigers brought in 3 runs with one of those runs coming off of a passed ball. A lead off single is all the Dragons mustard in the bottom of the frame as the 2nd inning came to a close, Dawson leading, 3-0.

A scoring threat by the Tigers was derailed by Pickens as T. Huffman struck out two and Dawson left two runners on. The Dragons had a scoring chance of their own in the botttom of the fourth, but the runner would be left stranded and as we went to the 5th, the Tigers still led, 3-0. Dawson added a run in the top of the 5th to make things 4-0. Again, Pickens had a scoring chance but left runners stranded at the corners to send us to the 6th, Tigers up, 4-0.

In the bottom of the 6th, the Dragons were finally able to get on the scoreboard as Junior Dalton Presley drove in Zach Moore to cut the Dawson lead to 4-1. That was all the scoring the Dragons could manage in this game as the Tigers put away Pickens in the 7th to get the win, 4-1.

Tyler Garner went 1-3 with a double