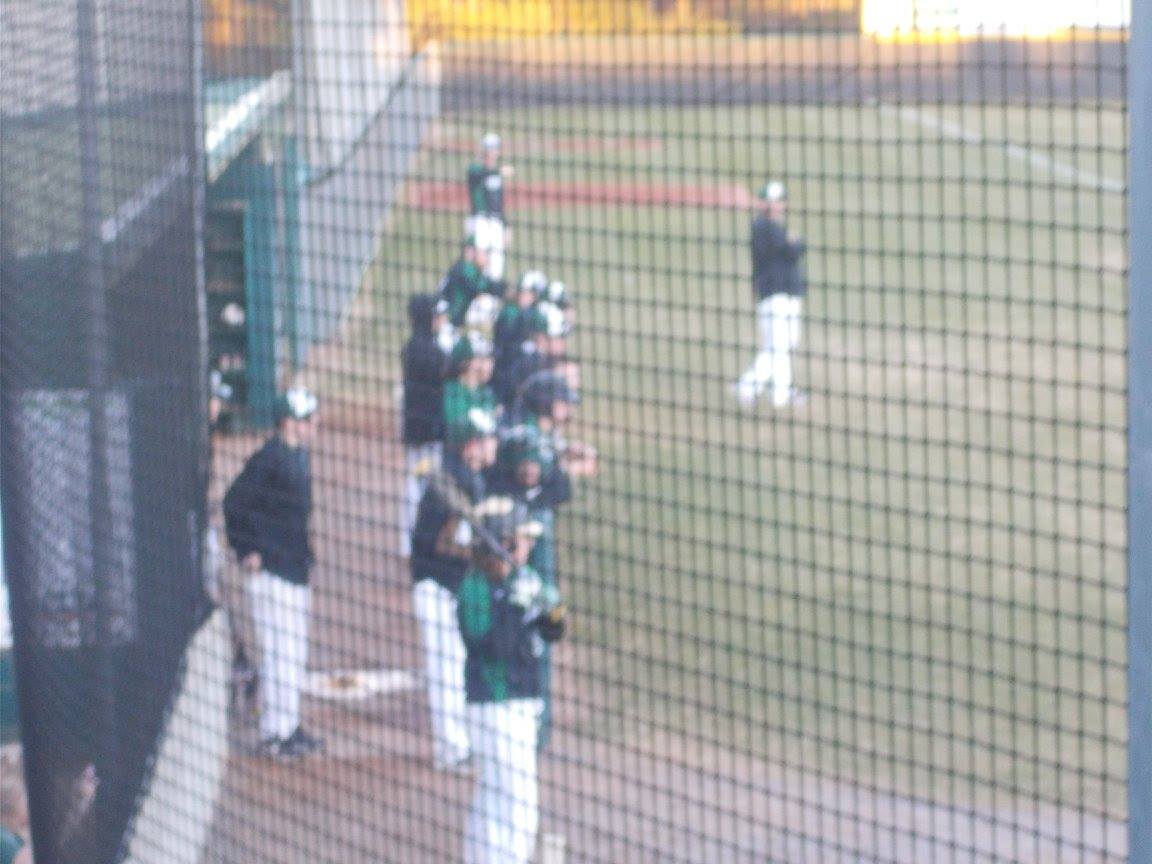 Yesterday, the PHS Dragons varsity baseball team hosted former 7-AAA region foe, the North Hall Trojans for an afternoon ball game. It may have been cool, but the weather was perfect for the teams, and fans.

In the 1st, North Hall looked to put up some early runs, but starting pitcher Dominic Stephens and the rest of the Dragons had other ideas and sent us to the bottom of the inning with two Trojans stranded. Pickens got a lead off single from Travis Huffman, but could not manage anything else in the bottom half as we went to the 2nd. An RBI double for North Hall in the top of the frame gave the Trojans a 1-0 lead. The Dragons got three straight hits to load the bases with two outs looking to tie or take the lead, but were picked off at 2nd to end the threat and send us to the 3rd.

In the 3rd inning, North Hall went quietly as the Dragons turned two to keep the deficit at 1-0. In the bottom of the 3rd, Pickens could not get anything offensively as well going down in order, as we headed to the 4th. The 4th saw the Trojans plate a 2nd run to stretch their lead to 2-0. The Dragons had yet another scoring opportunity, but it was derailed by a double play that ended the inning and sent us to the 5th.

The 5th inning saw North Hall get another run added to their total to make it 3-0 going to the bottom of the frame. Pickens again had a potential scoring chance denied as they hit into their 3rd double play of the game, ending the 5th, and sending us to the 6th. In the 6th, the Trojans tacked on another run to make things 4-0. The Dragons were finally able to plate a run when Walker Lawrence drove in Joseph Gossett to make it 4-1 going to the 7th.

North Hall added two more runs in the top of the 7th to make it 6-1 in favor of the Trojans going to the bottom of the 7th. A Stephens homer would be all the scoring the Dragons could muster in the final inning giving the visiting Trojans the win, 6-2. Pickens now moves below .500 on the early season at 2-3.

Pickens will now get ready for doubleheader Saturday as they travel to Gainesville to take on the Chestatee War Eagles & the Dawson Co. Tigers at Chestatee High School. The Dragons will take on the War Eagles first at 11 a.m. then follow that up with a scheduled 2 p.m. first pitch against the Tigers.