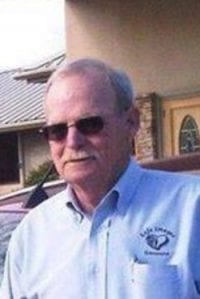 Charles Cattanach was born on March 23, 1945, in Coral Gables, Florida, to Charles and Helen Skern Cattanach. Charles’ great-grandfather Dr. James Cattanach, who graduated from the University of Edinburgh, Scotland, came to the United States to be the head veterinarian at Madison Square Garden, a position held later also by Charles’ grandfather.  Charles was reared in Long Island, New York, until he was twelve years old, and then the family moved to Venice, FL. He graduated from Venice High School and attended the State College of Florida in Bradenton, FL, prior to enlisting in the United States Air Force during the Vietnam War. He served as a medic in the Air Force from 1966 to 1969. As a Staff Sergeant, Charles was a participant in the “Patch Up” augmentee program to support the 57th Aeromedical Evacuation Squadron in movement of Southeast Asia casualties during the “Tet” offensive. In April of this year, Charles was diagnosed with an Agent Orange related cancer.

After his years in the Air Force, Charles worked in the medical field as a medical technician, a physician’s assistant and the owner of an ambulance service– South East Medical Transport in Venice, FL. He retired to Blairsville, GA.

In his retirement, Charles devoted himself full time to his passion–the Pro-Life cause. Under the auspices of the Women’s Enrichment Center in Blairsville, GA, in the early 2000s, he began a circuit riding ultrasound ministry, Life Images, which provided fourteen crisis pregnancy centers in North Georgia with free ultrasounds. He continued his ministry even after he was diagnosed with Stage 4 cancer in late April of this year. Throughout the years Charles traveled to the centers, he performed almost 10,000 free ultrasounds saving untold numbers of babies from abortion. The WEC named him “Life Saver Extraordinaire.”

A devout Roman Catholic throughout his life, Charles was active in the Knights of Columbus and the Legion of Mary, and he served as the Parish Council President both at St. Francis of Assisi Catholic Church in Blairsville and at Our Lady of the Mountains in Jasper. He was also a member of the Finance Council and an usher at Our Lady of the Mountains.

Online condolences can be made atwww.roperfuneralhome.com.