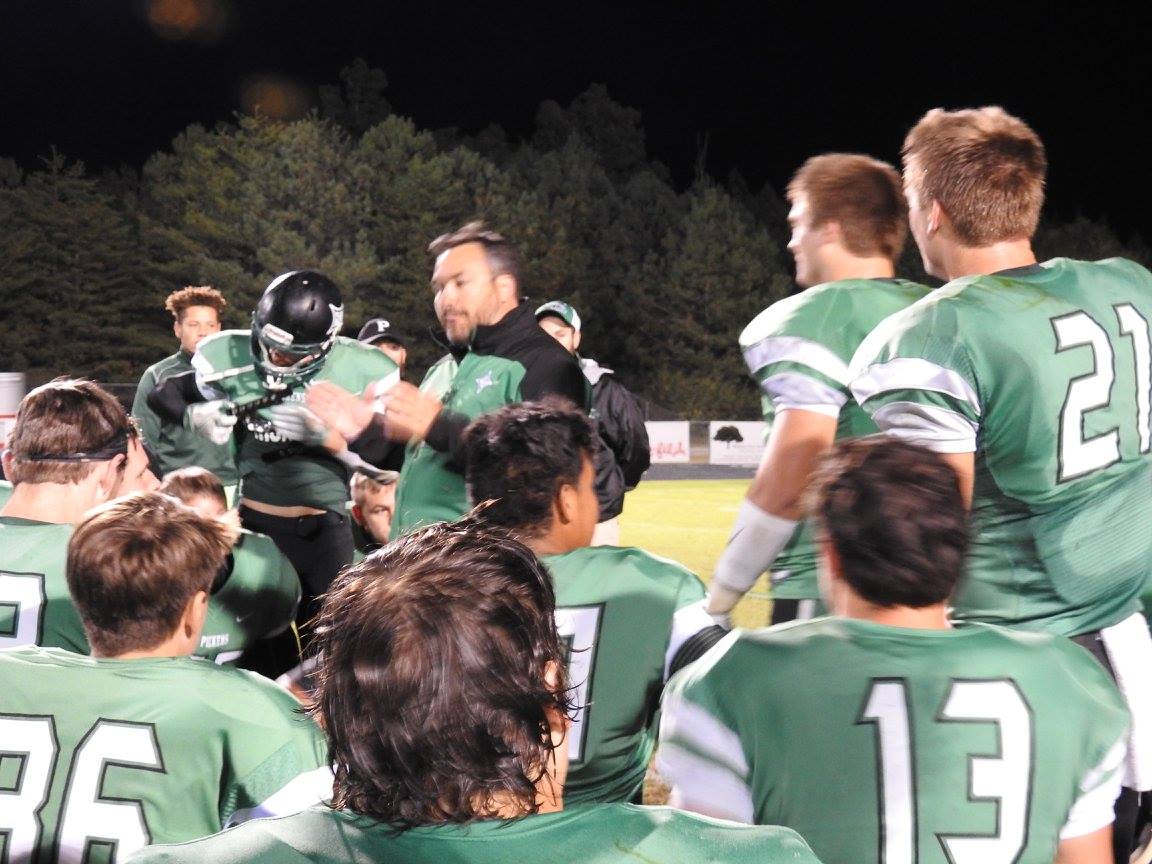 Last night, the PHS Dragons football team hosted the 4A top ten ranked, and region leading Ridgeland Panthers. Coming into the ball game, the Dragons were 3-4 and in 3rd by themselves in 6-AAAA at 2-1. The all-time series between these two teams was even at 2 a piece with the home team never winning. Prior to the game, the 2016-17 PHS Athletics Hall of Fame class was recognized. Inductees included Katie Frye, Jordan Shaw, & Don Boggus, Sr.

Ridgeland won the toss and elected to receive. After each team took turns stalling on drives, the Dragons were able to cash in on points when Dylan Huffman took it in from 3-yds out to give Pickens a 7-0 lead with 4:31 left in the opening quarter. The Panthers were able to tie things up after a 4-yd run just before the quarter ended and we went into the 2nd, tied at 7 a piece. It was all Pickens in the 2nd quarter.

As the teams went back and forth trading possessions, the Dragons took the lead back when Jacob Brumby found Huffman on a wheel route from 15-yds out at the 4:01 mark making things 14-7 in favor of Pickens. A turnover by Ridgeland gave it right back to the Dragons offense and Pickens cashed in on that turnover when Brumby tossed it to C.J. Streicher, then Streicher connected with a wide open Trevon Hawkins for the 47-yd score giving the Dragons the lead at the half, 21-7.

Nearly 2 minutes into the 2nd half, the Panthers cut the Pickens lead in half after a 59-yd td run at the 10:04 mark, making it 21-14. The Dragons answered fairly quickly with a big play of their own as Brumby found Zach Goss wide open for a 51-yd td at the 8:37 mark of the 3rd quarter making it 28-14. Streicher added to the Dragon lead after another Ridgeland fumble with a 4-yd td run, making it 35-14 as we would head to the 4th and final quarter of play.

The 4th quarter was both exciting and heart wrenching to say the least. Knowing they had to make something happen quick, the Panthers drove down the field and scored on a 1-yd run, making it 35-21 with 10:54 left in the game. After getting the ball back, another 1-yd run by Ridgeland cut the Pickens lead down to 35-28 with 6:54 left. Ridgeland again got possession of the ball and took it 54-yds to cut it to 35-34 with the ensuing PAT to follow. To the delight of the home crowd and the dismay of the away side, the potential game tying PAT went wide right, sailing off the right upright, and Pickens clung to a 35-34 lead. The Dragons, were able to run off the final 2:57, to secure the upset, 35-34.

Stats for the game:

With the win, the Dragons find themselves .500 on the season at 4-4, & more importantly, tied for 1st in 6-AAAA at 3-1. Next Friday, Pickens will travel to LaFayette to take on the Ramblers. The Ramblers to this point are 2-6 on the season and 0-4 in region play but that is no reason to look past them. Kick off scheduled for 7:30.