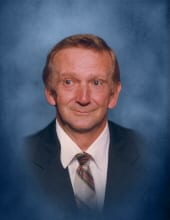 William Eugene Reynolds, age 83 of Jasper, passed away Sunday, November 26, 2017 at his home. He was born September 25, 1934 to Edward Lawrence Reynolds and Vera Ophelia James Reynolds in Pickens County. He proudly served his country in the United States Air Force and was a member of Blaine Masonic Lodge #534.

The Funeral Service will be 2:00 p.m., Tuesday, November 28, 2017 in the Chapel of Roper Funeral Home with Reverend Junior McTaggart officiating. Interment will follow at Sunrise Memorial Gardens with Masonic Service by Blaine Masonic Lodge #534.