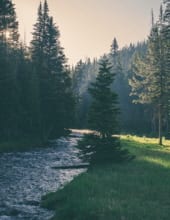 A U.S. Army veteran stationed at the Pentagon during WWII, “Lou” was a career camping services director for various YMCA’s in Ohio, New York, Pennsylvania and New Jersey before his retirement. Upon retirement he enjoyed collecting and repairing antique clocks. He had previously been active in the Jasper Lions Club and volunteered at the Community Thrift Store.

A private memorial service will be held at a future date at the convenience of the family.