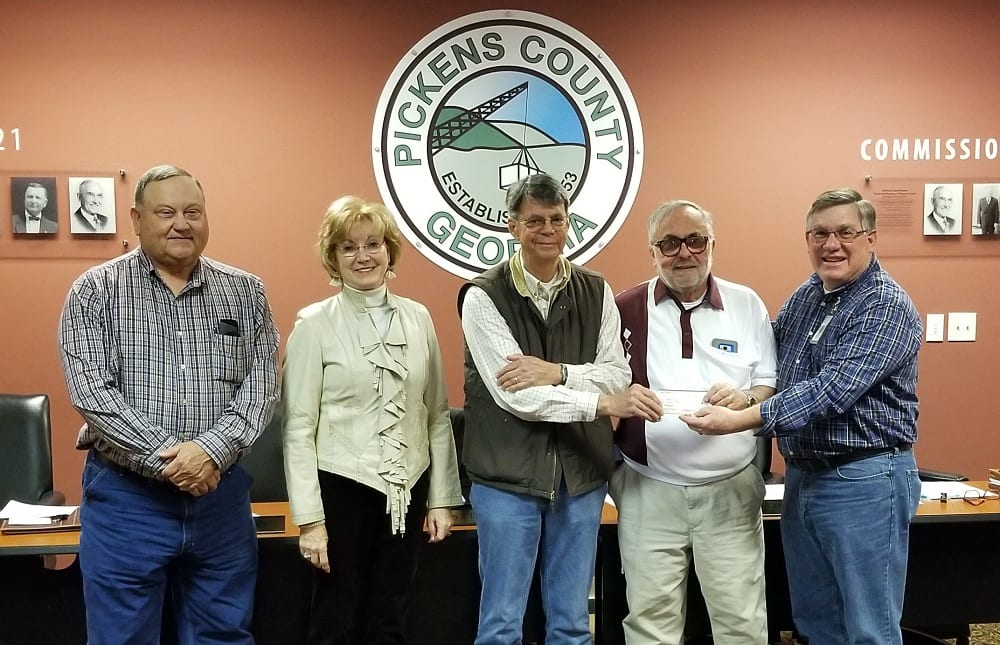 JASPER, Ga. – The Pickens County Board of Commissioners saw a work session and immediate subsequent called meeting to finalize TAN Documents and bids for the county’s 2018 Tax Anticipation Note (TAN).

Being a work session, the board had to leave its work session and officially open a called meeting in order to field a motion to accept Community Bank’s 2.15 percent TAN and a motion to approve Pickens County Board of Commissioners Chairman Rob Jones to execute the documents.

Additionally, the board was presented with a $10,000 check from the Wildcat Community as a reimbursement for their work on the Wildcat Community Fire Station. With a major ISO rating drop from 10 to five with the facility, the addition has proven more than effective. The station has constant need for water as it has responded to 191 incidents with six of those being major structure fires (four in Pickens County) since its opening in 2009.

This is part of the support for which the community is thanking the county, helping provide a tank for 45,000 gallons of water, which is half of the total 90,000 gallons now available in the area. The community offers its thanks to the Pickens BOC for its leadership and recognition of need for the area.

The community stretches across Pickens and Dawson counties and has received support from both counties. They continued raising funds for the original and a replacement fire engine better suited for the winding roads on the mountain.

The community has raised over $100,000 in support of fire services for the station and its need. That fund raising is what allowed them to provide the “reimbursement” to the county.