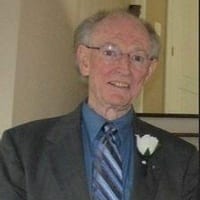 Colonel William (Bill) Rylant, (Ret.) age 75 of Jasper passed away Thursday, August 2, 2018 at Magnolia Hospice in Conyers. Bill decided to surprise his wife, Sue by joining her in heaven on their 54th wedding anniversary.

Colonial Rylant is a veteran of the U. S. Army where he served 30 years. He served in Vietnam as well as Desert Storm. In addition to his military service, he also was the plant manager for Walco Packaging, Rogers Corporation and Sweetheart Plastics. He received his Master’s from  Central Michigan University and his Bachelors from Jacksonville State University.

Col. Rylant was an active member at Zion Baptist Church in Conyers, were he worked in AWANA, the outreach ministries, visitation, Baptist Builders Mission, served as a deacon and also started the Widows Support Group with his wife, Sue.

Bill is preceded in death by his Wife: Mary Sue Rylant.

Cagle Funeral Home is honored to serve the Rylant family.