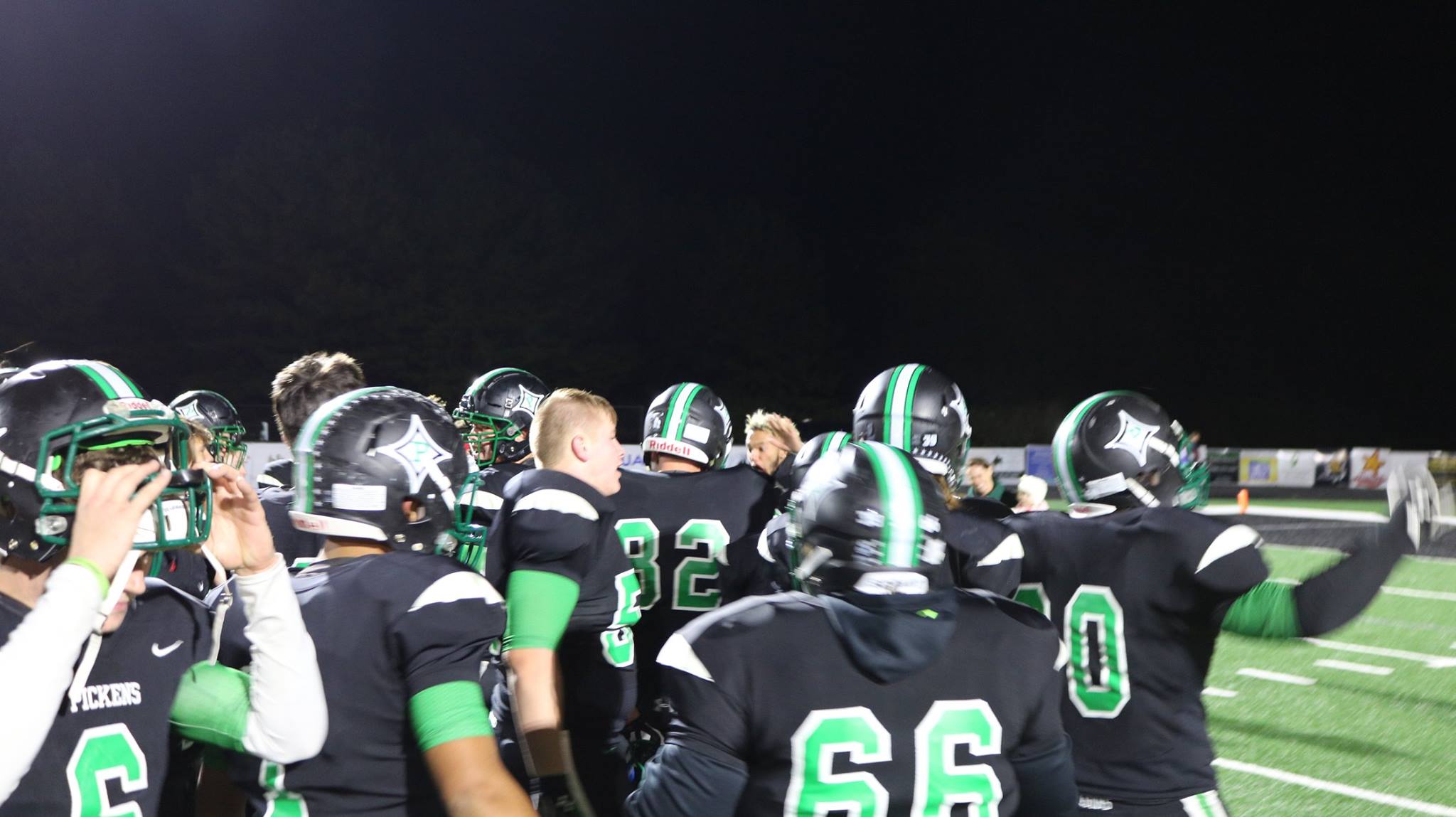 This past Friday, it was a cold, drizzly night in Pickens County as the PHS Dragons varsity football team hosted the White County Warriors for the 1st round of the GHSA 4-A State Playoffs. White County, came into the game as the #4 seed from region 7, while the Dragons came in as the #1 seed from region 6. These two teams met earlier in the season as you may recall, with Pickens coming away with a 42-35 win.

The Dragons, won the toss & deferred to the 2nd half. White County, would manage a first down on their opening possession, but that would be all the Dragons defense would give up. On offense, the Dragons used the ground game & capped off their opening drive with points as QB CJ Streicher got in from 9-yds out to make it 7-0 Pickens, with 7:30 to go in the 1st quarter. Pickens then came up big on defense as the Warriors decided to go for it inside Dragon territory & were unsuccessful. Two plays later, Streicher found Zach Goss streaking down the far sideline & the Senior did the rest as he took it to the house for an 83-yd touchdown. As we headed to the 2nd, the Dragons were on top, 14-0.

The Dragons would add to their lead at the 9:17 mark of the 2nd quarter after Senior Michael Burrell made several moves including a fancy spin at the end of his 8-yd touchdown run, making it 21-0. The defense for Pickens once again came up big as a pass attempt by the Warriors was deflected, & Senior Chase Jarrett made a diving grab to nab the interception. The Dragons turned that turnover into points when Brady Moore ran it in from 29-yds out to make it 28-0, with 5:40 left in the first half. Just before the end of the half, another Dragon Senior, Trevon Hawkins, punched it in from 1-yd out, giving Pickens a 35-0 lead over White County heading into the break.

There was only one scoring drive in the 2nd half and that came on a 5-yd touchdown run from Jarod Whitmore in the 3rd quarter. Pickens, wins it’s first ever playoff game, 42-0.

Next week, the Dragons will again be home for the 2nd round of the 4-A Playoffs as they will welcome the Troup County Tigers to Jasper. Troup, is 10-1 on the season, & the #2 seed out of region 5. This will be the first meeting between the two schools in football. Kickoff set for 7:30 pm. 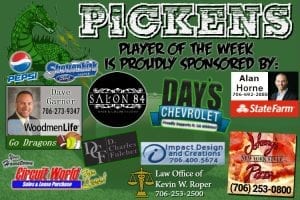