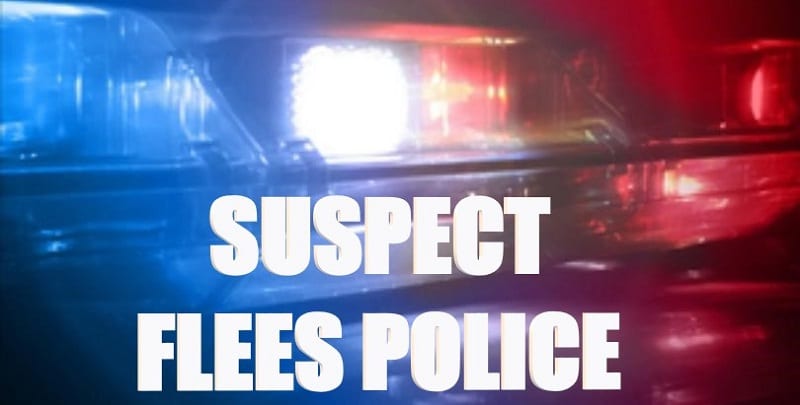 JASPER, Ga. – A recent social media post has escalated concerns by citizens over a suspect fleeing Police custody at a traffic stop. 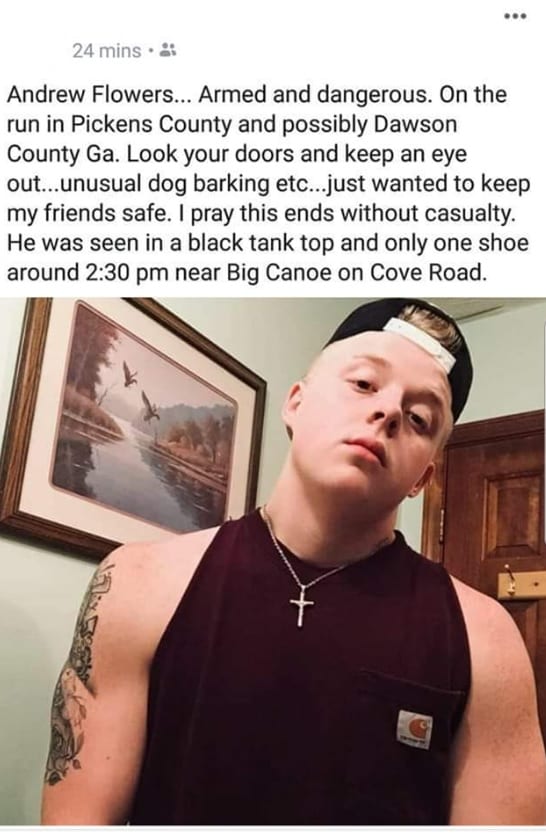 Pickens County Sheriff’s Office Captain Kris Stancil did confirm with FYN that Andrew Flowers does have outstanding warrants and during an attempted traffic stop yesterday, Flowers was a passenger and successfully evaded capture by fleeing the scene.

Stancil did say citizens should be on the lookout for Flowers, but cautioned citizens against panic in the situation. Authorities are working diligently in their investigation and search for this wanted man.

Stancil further urged citizens to contact 911 with sightings and information. As with any suspect fleeing police, citizens should report their information and allow police to do their jobs in apprehending him. The Pickens Sheriff Office has since stated “At this time, our agency has no information or credible threat that Mr. Flowers is armed or dangerous, however we do request that if you have any information in regard to the whereabouts of Mr. Flowers, please contact the Pickens Sheriff’s Office at 706-253-8900 or the Pickens County Dispatch Center at 706-253-8911.”

Flowers has been in police custody before and currently has outstanding warrants with the Pickens County Sheriff’s Office.