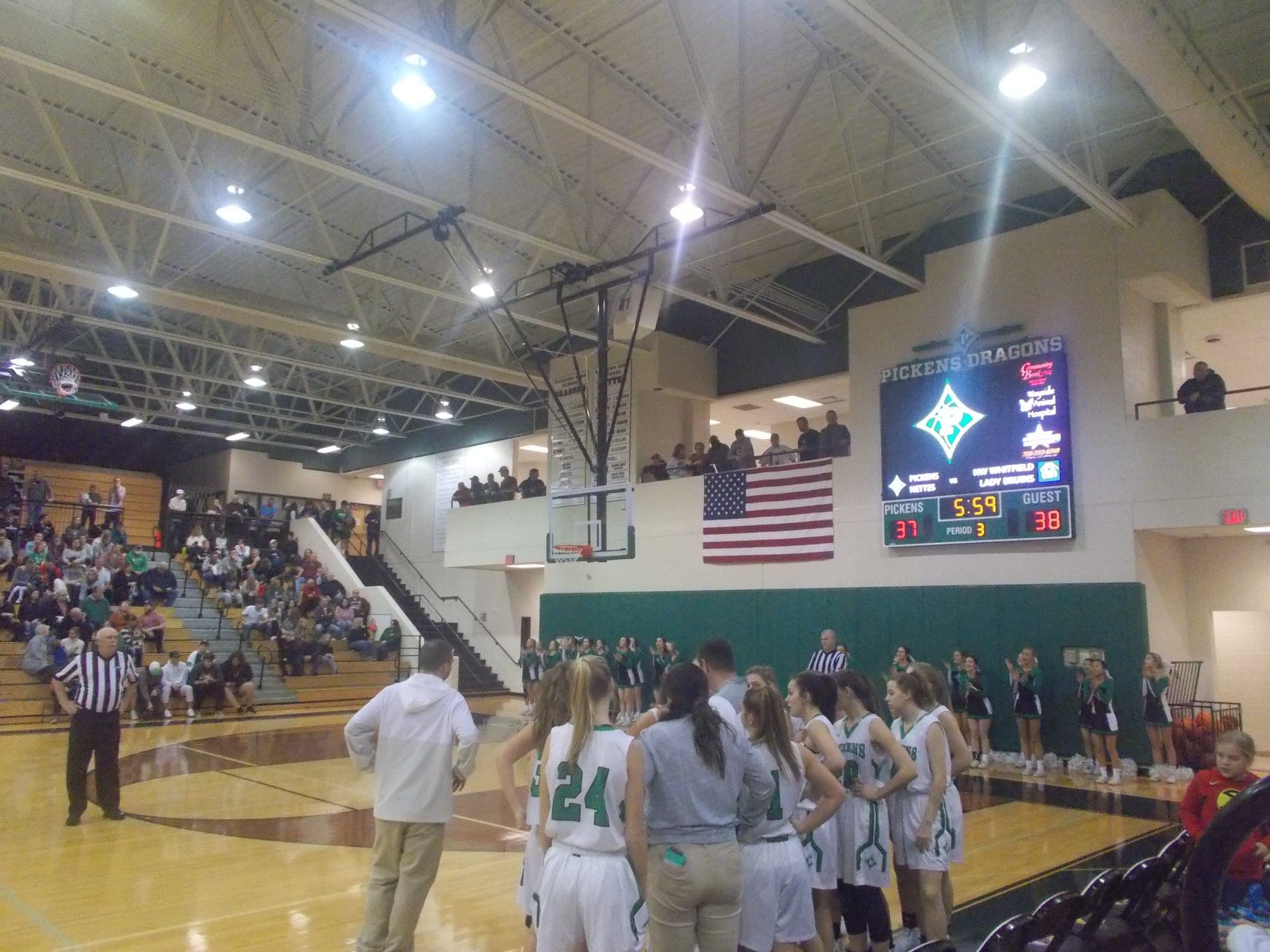 The Pickens Dragonettes (11-7, 4-2) hosted the Northwest Whitfield Lady Bruins (9-4, 5-1) on Saturday in a big time 6-AAAA ball game. Both teams came into the game tied for 2nd place in the region. For the Nettes, they came in riding a four game win streak as well and looked to build off of their win on Friday against Southeast Whitfield.

In the first quarter, the two teams trade three pointers to open the game. Allie Presley gave the Nettes their first lead of the game with a three pointer of her own. Northwest Whitfield, then went on an 11-0 run to reclaim the lead 14-6. Mykenzie Weaver went on a mini 4-0 run with two free throws and a bucket to cut the Lady Bruins lead down to four. Reagan Harwood and Presley would hit back to back three pointers to tie things up at 16. Northwest Whitfield would close the quarter on a 7-0 run, including a buzzer beating three, to take a 23-16 lead into the second. 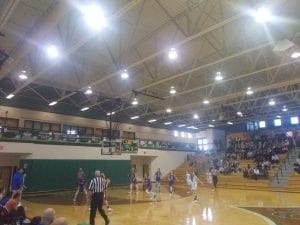 Nettes looking for an open shot

In the second quarter, both teams would trade buckets for a time. The Lady Bruins were able to stretch their lead up to 11 at one point. Going towards halftime, the Nettes went on a 6-0 run to cut the Northwest Whitfield lead down to 37-32 at the break. 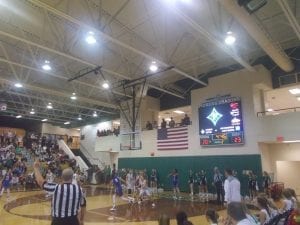 The third quarter, would turn out to be the turning point in this game. Northwest Whitfield, outscored the Nettes in the third, 25-11, to take a 62-43 lead as we headed to the fourth. 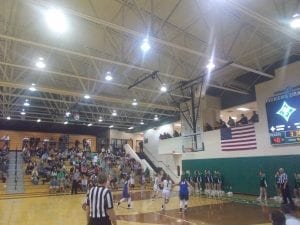 The fourth quarter, was again close like the majority of the game really was. The Lady Bruins, barely outscored Pickens 11-10 in the final frame to get the win, 73-53.

Pickens, will be on the road Tuesday as they head to Catoosa County to take on the Lady Generals of Heritage. The Nettes, have already defeated Heritage once this season by a score of 67-58. Tip off is set for 6 pm.