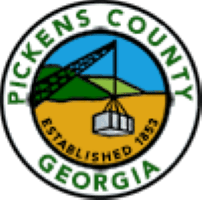 A local judge is out on a $50,000 bond after finding himself on the other side of the law Wednesday evening. 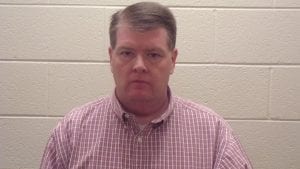 Allen Wigington, Chief Magistrate and former law enforcement officer, was booked Wednesday on theft and violation of oath of office charges after an investigation.

According to jail records, Chief Magistrate Judge Allen Wigington was arrested for multiple counts theft and violation of oath of office. He has served in the magistrate court since his appointment in 2008. Prior to becoming a judge, Wigington retired as a Chief Deputy Sheriff from Pickens County and served five years as the Chief of Police in Nelson.

The Pickens County Sheriff’s Department released a statement saying they began investigating allegations in mid-December 2019, where they found “questionable spending activity” on a credit card issued to Wigington by the county.

Sheriff Donald Craig discussed the finding with the Appalachian Judicial Circuit District Attorney’s Office and the Georgia Bureau of Investigations. Questions were referred to the GBI, however, they have yet to respond.

Charges to hotels and nonprofit

According to the report, Wigington is accused of taking money from a local unnamed nonprofit organization where he served as treasurer, allegedly to pay personal debts. He then allegedly then used funds from the Magistrate Office to reimburse the nonprofit.

Wigington allegedly made three separate transactions in the amounts of $923, $848.31 and $317 from Pickens County Magistrate Court to the nonprofit organization. In addition, he allegedly charged $96.27, $137.82, and $343.84 on a Pickens County government card for personal expenses at Hampton Inn in Kingsland, Doubletree by Hilton at Atlanta Airport and Hilton Bonnet Creek Hotel in Orlando, Fla.

He was charged with three counts of unauthorized use of a financial transaction card, six counts of theft by taking, one count of violation of oath by a public officer. He turned himself into the Pickens County Adult Detention Center at 7:30 p.m. and was released at 8:32 p.m. after posting a $50,000 bond.

Attempts to reach Wigington were unsuccessful.

Fetchyournews.com will continue to update this story.