A Tate man arrested for child pornography remains in jail without bond. According to a press release from the Georgia Bureau of Investigations, Jeremey Errol Mansion, 30 of Tate was arrested at 12:50 a.m. on Sunday. 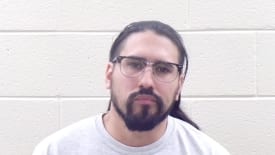 According to Kris Stancil of the Pickens County Sheriff’s Department, the Georgia Bureau of Investigations’s Child Exploitations and Computer Crimes Unit, CEACC, and Homeland Security contacted them for assistance in obtaining a warrant on Friday. The search warrant was related to a join investigation into the online sexual exploitation of children.

The warrant was served on Saturday and Mansion was arrested and charged.

According to the GBI website, the Georgia Internet Crimes Against Children (ICAC) Task Force is housed within the Child Exploitation And Computer Crimes Unit (CEACCU).  The mission of the ICAC Task Force program is to assist state and local law enforcement agencies in developing an effective response to cyber enticement, child pornography and the commercial sexual exploitation of children (CSEC).

To read how jails are handling COVID-19, read here.