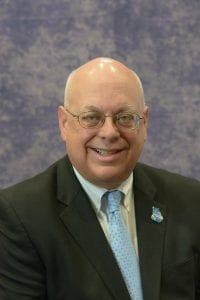 Rick Townsend was selected by the Pickens County BOE as the Superintedent.

The Pickens County Board of Education named Dr. Rick Townsend as the new Superintendent of Pickens County Schools on Wednesday. The approval was made with a split 3-2 vote.

“Dr. Townsend brings a wide array of educational experiences which is of great importance to the Board,” Tucker Green, Chairman of the Pickens County Board of Education stated. “Dr. Townsend’s experience at multiple levels, coupled with his proven track record of improving schools and school districts, was appealing to the Board. The Board also believes that Dr. Townsend is uniquely capable to provide clear leadership from the district level to the school level.”

Additionally, he wants to support school leaders in providing the deserved recognition for the Pickens High graduating class of 2020. Townsend expressed his appreciation to the entire staff for the excellent job they continue to do in educating children and providing for families during this uncertain time.

Townsend shared that he is looking forward to working closely with staff and being an integral part of the community that he and his family will call home. With Townsend beginning his work on Monday, his immediate goals are to facilitate a strong finish to the current school year and begin planning for the start of the 2020-21 school year. 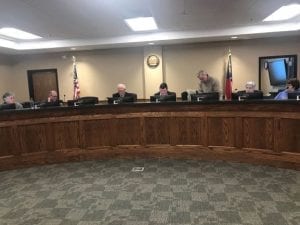 The Pickens County Board of Education held a called meeting on Wednesday.

“We need to continue supporting our core beliefs that all children can learn, that all stakeholders are accountable for student learning, and that we will continue to strive for continuous improvement in student achievement,” said Townsend.

Townsend resigned as the Chief Executive Officer of the Golden Isles College and Career Academy in Brunswick, where he has been since 2010. He began is career as a teacher and coach in 1991 at Winder-Barrow Middle School. He has served as assistant principal at Jefferson High School from 1997 to 2002 and principal of Banks County Upper Elementary School from 2002 to 2005. He was then named principal of E.T. Booth Middle School in Cherokee County. He then served as principal, Assistant Superintendent and Acting Superintendent in Appling County schools prior to serving at the Golden Isles College and Career Academy.

A Lithonia native, he and wife Carolyn have been married for 29 years. She is a kindergarten teacher and they have three children, Haley, Emily, and Molly. Townsend is a graduate of Reinhardt College, the University of Georgia, and the University of West Georgia, where he earned his doctorate of education in school improvement.