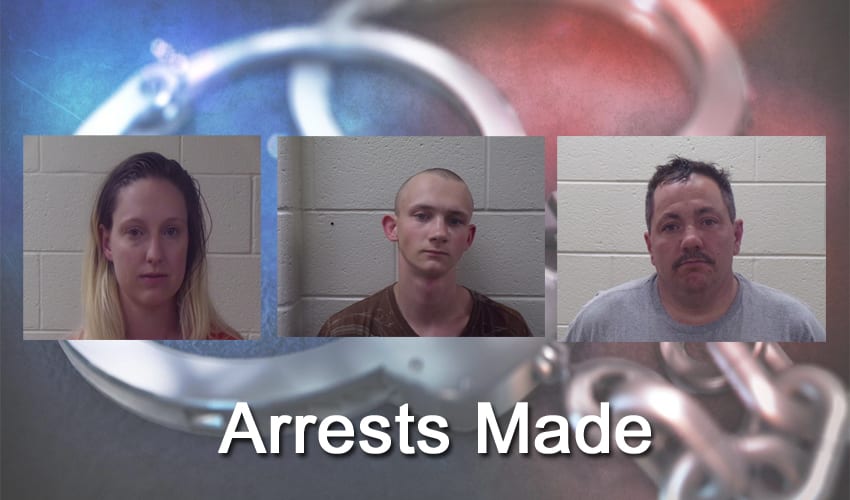 Detectives and deputies from the Pickens Sheriff’s Office have made 3 arrests in relation to recent
Entering Autos and Thefts throughout Pickens and Cherokee Counties. Following up on leads, detectives
were able to tie three individuals to at least 12 recent incidents in Pickens County, the City of Jasper, and
Cherokee County.

The charges are tied to entering autos, the theft of 4-wheelers, and a motorcycle. The cases that have
been involved date back to March. Several of the items taken have been recovered at this time, but
detectives are still working to identify the whereabouts of the other missing items.

Sheriff Craig stated that the one common thing that has been present during each of the cases is that
each of the vehicles that have been entered have been unlocked. Craig also said, “I want to urge
everyone to remove their valuables and lock their vehicles.” The Pickens Sheriff’s Office is urging anyone
that may have information related to these thefts to please reach out to the Criminal Investigations
Division at 706-253-8935.