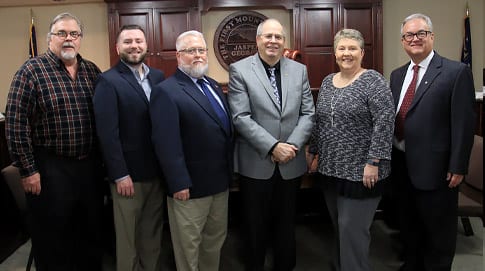 JASPER, Ga. – The Jasper City Council has adjusted their millage rate increase to a lower increase with a motion in their monthly meeting.

The Millage Rate consideration is now at 5.655 mills, in efforts to balance the general budget.

Councilmember Jim Looney said he appreciated the work that the staff put into the millage rate. On the rate change he stated, “There’s never a good time. It’s also never easy. But I think this is movement in the right direction to allow the City of Jasper to continue on a good road.”

With Monday’s meeting as the last word on the Millage Rate for the coming year, it is one final chance for citizens to be heard on their opinions both for and against the increase to the rate and, therefore, property taxes.

This adjustment is still an increase in the Millage Rate, but it did bring the proposed rate from the original 6.78 mills proposed in September. The increase will now be 1 mill increase over the rate that has been the same for three years now.

The process is not yet done, though, as this is only one of the steps towards finalizing the 2021 Budget. Now that the Millage Rate could see final approval this week. Budget talks will begin soon in efforts to meet the city’s goal for budget adoption. According to City Manager Brandon Douglas, as previously reported in earlier meetings, that goal is to see a final adoption of the budget for the new year by December 7, 2020.