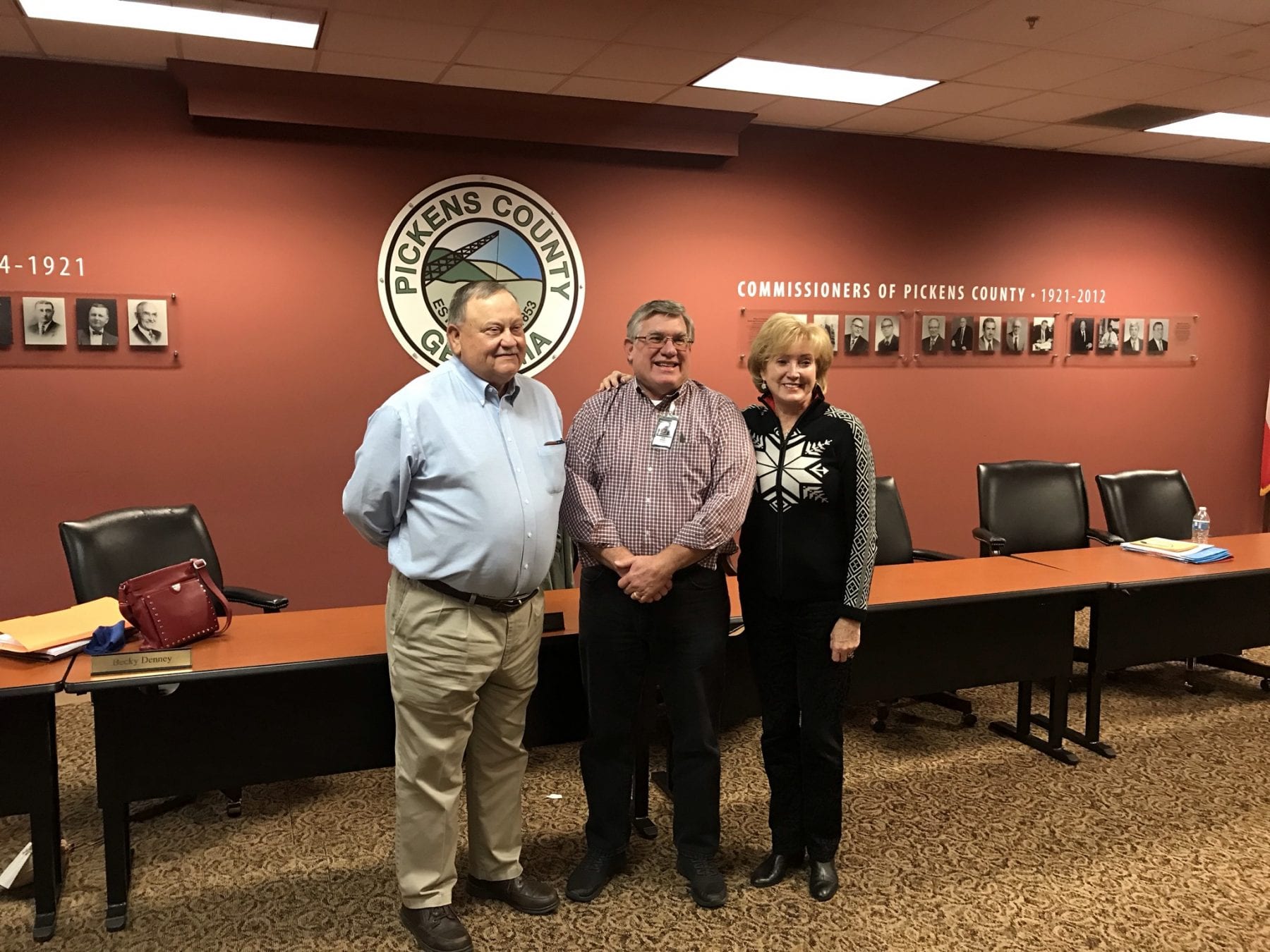 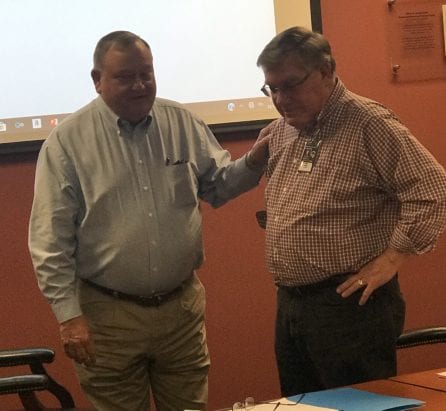 Chairman of the Board of Commissioners, Rob Jones, shares a word with Commissioner Jerry Barnes at Jones’s final board meeting. Kris Stancil will take the position in January.

The gavel fell  for Pickens County Chairman of the Board of Commissioners, Rob Jones, who adjourned his  county commissioners meeting, ending 16 years of service to the county.

“Change is good,” he told those in attendance. “Now my wife has to deal with me.”

Although the agenda was light, there were several issues that required a vote. 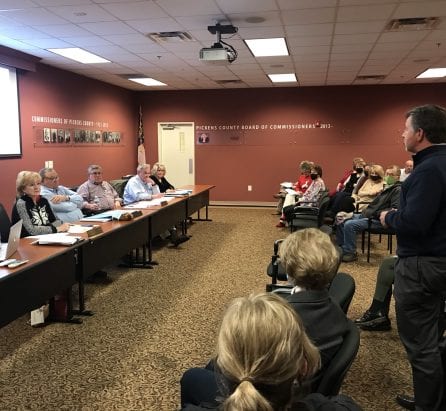 The Board of Commissioners heard an explanation of making the purchase of ceramic filters for the new water treatment facility at Grand View Lake.

Jones said the garbage and recycling center was set to recuperate the $343.700 spent on building it much quicker than anticipated. They have currently brought in $21,537 since opening, less than two months ago.

“We were looking to 16-18 months to break even, but we should be there in two months ,” Jones said.

The Board of Commissioners approved a motion to declare the ceramic filtration system for the Grand View Water Treatment Facility as an exception to the the bidding out process. Exemptions can be made if there are legitimate reasons to not bid it out. In this case, there is only one manufacturer for the filter. Everything else at the facility will be bid out.

“You will be the showcase in the southeast,” Chris Poje, who is helping with the project told the board as the Pickens County will be the first to have this type of filter.

The project is expected to be completed no later than summer 2022.

The board also approved allowing the county attorney continue working to clear up boundary lines from a subdivision slated to be built in 2005 before the market crash in 2008. This move would clear up any confusion about the boundary lines left by the proposed roads.

David Shouse also spoke to the board about assisting with another boundary issue. The real estate developer owns several small, adjoining lots, but because of ordinances, a house cannot be built over the property line, even when on person owns both.