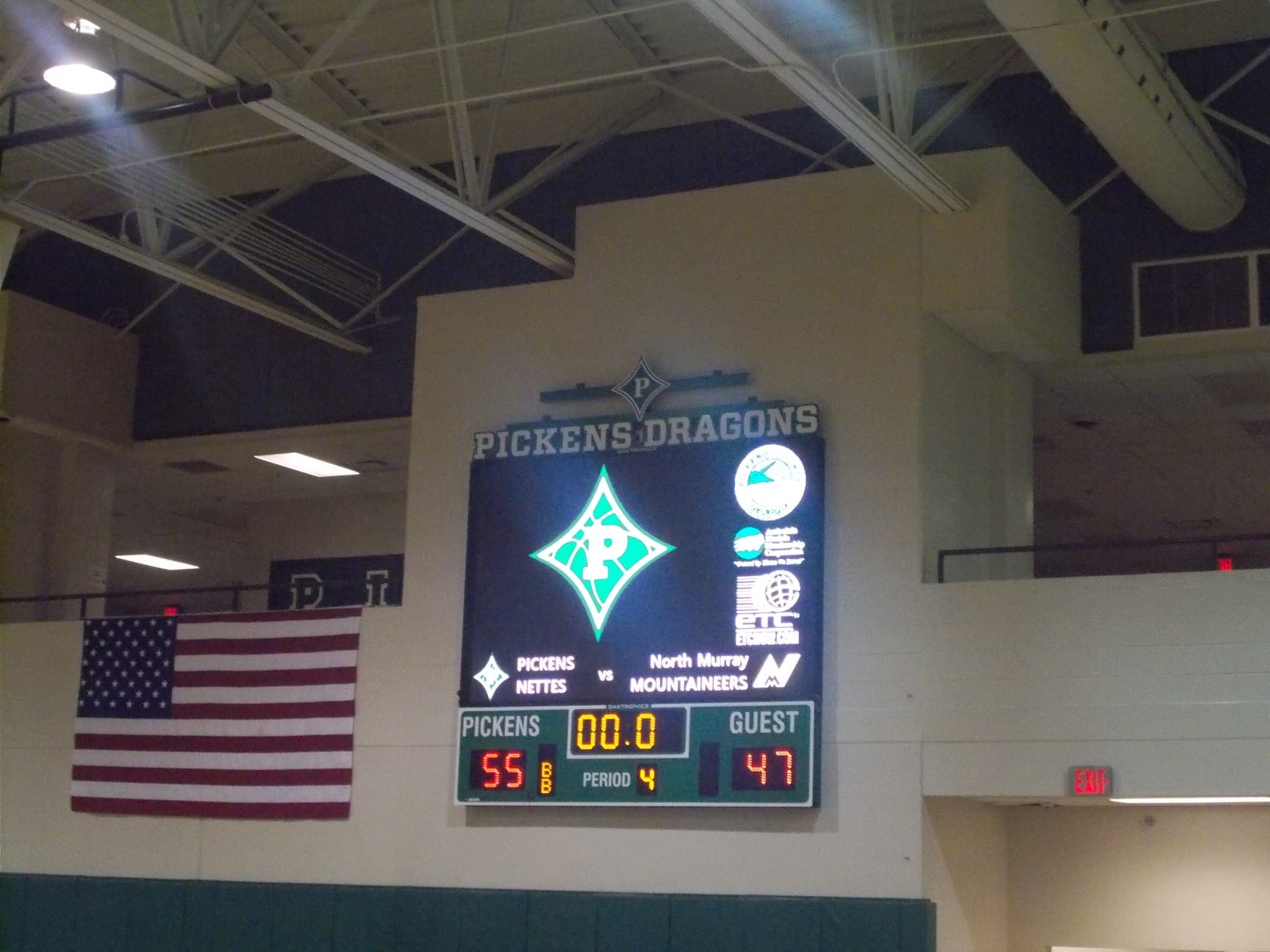 Jasper, Ga — On Tuesday, December 29th, 2020, the Pickens Dragonettes 7-2 (3-0) welcomed the North Murray Lady Mountaineers 2-5 (0-2) to the Dragons Den for a non-region contest. This was the first game for the Lady Mountaineers since the 22nd, and the first game for the Nettes since the 18th so it was going to be interesting to see how the two teams played after having a week off or more in the Nettes case. Pickens came into the game winners of 5 straight. After a back and forth battle for most of the game, the Nettes came away with a 55-47 win.

In the first quarter, the Nettes jumped out to a quick 7-0 lead thanks to a bucket by Emma Gleason, a three from Kealy Hillhouse, and a bucket from Cassidy Richards. The Lady Mountaineers would go on to outscore Pickens the rest of the quarter, 12-8, as the Nettes held a 15-12 lead after one. 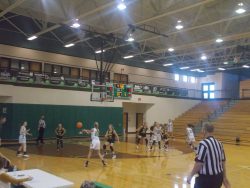 Nettes with the ball in the 1st quarter

In the second quarter, the Nettes maintained an 8 point lead throughout the frame. North Murray would cut the lead down to 5 at one point, but Gleason made a bucket to gives us a halftime score of 29-21 in a very competitive first half. 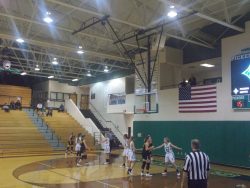 In the third quarter, the lead for Pickens grew to as much as 11 at during the period. The Lady Mountaineers again would claw back into it, cutting the lead down to 40-36. Buckets by Caroline Mullins and Isabella Howell gave the Nettes a 44-36 lead going into the fourth. 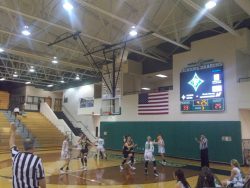 Nettes in-bounding the ball under their basket

In the fourth quarter, the lead for Pickens got up to 14 with 3:55 left. To North Murray’s credit, they scored 8 straight to cut the Nettes lead down to 53-47. Amanda Nelson stepped to the line and calmly knocked down a pair of free throws as Pickens held on to win, 55-47.

The Nettes will have a quick turnaround as they play later this afternoon on the road against the Christian Heritage Lady Lions in another non-region contest. The Nettes defeated the Lady Lions in a close game on the 17th by a score of 54-49. Tip off is scheduled for 6 pm.