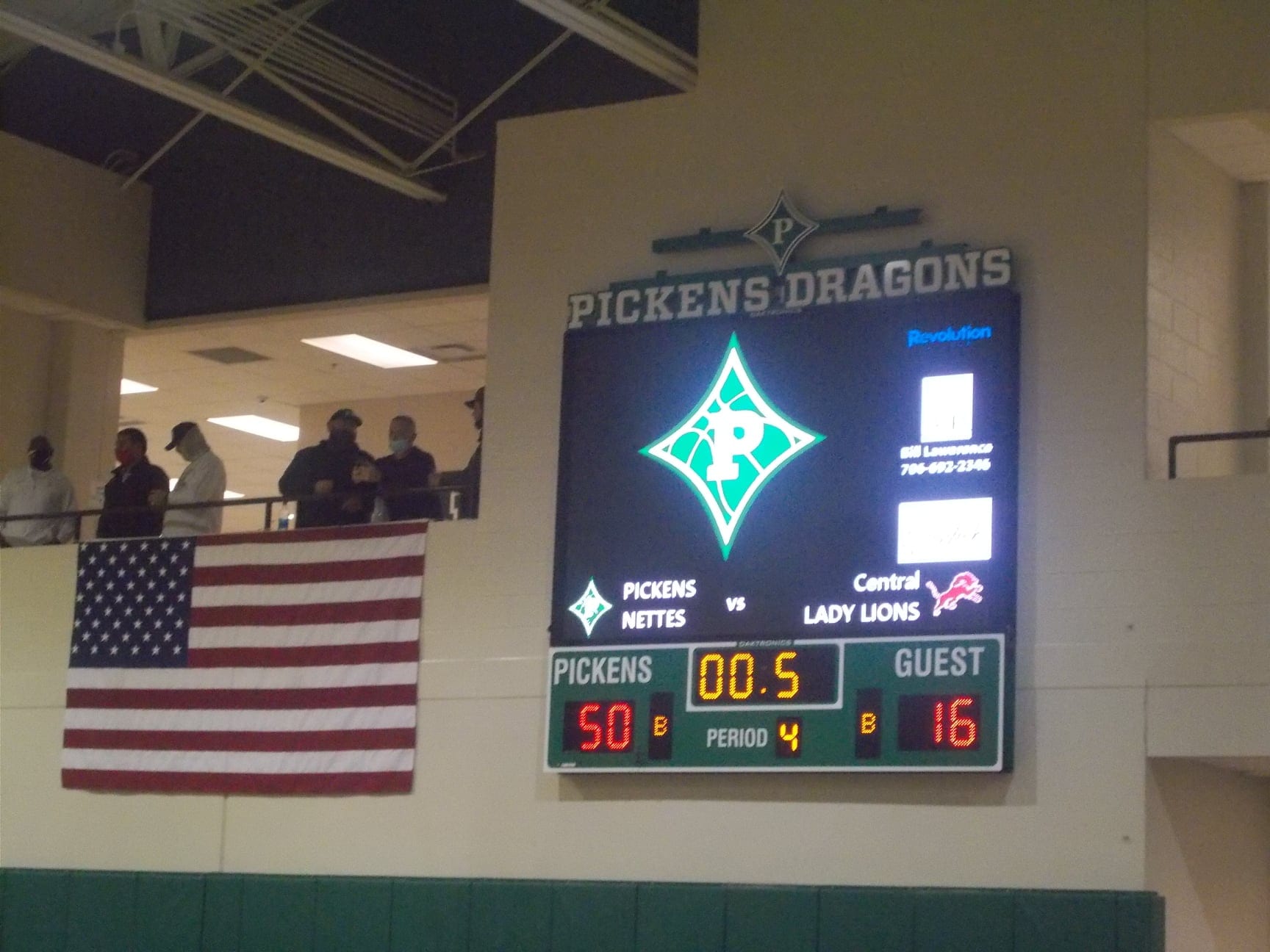 Jasper, Ga — The Pickens Dragonettes, came into their game against the Lady Lions of Central Carrollton on January 12th in need of some butter because they have been on a roll winning 9 straight ball games. The Nettes defeated Central-Carroll back on December 4th by a score of 72-45 and were looking for the regular season sweep. After a very physical game that saw a technical called, an intentional foul called, Pickens came away with their 10th win in a row, 50-16.

The scoring started a few minutes into the ball game with the Lady Lions getting on the board first with a bucket Izzy Ripatti. From there, the Nettes went on a 13-0 run getting three pointers from Madison Powell & Cassidy Richards. Pickens also got buckets from Carmyn Mullins and Reagan Harwood during the run. Going to the second quarter, the Nettes held a 13-2 lead over the Lady Lions. 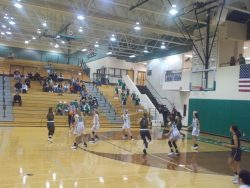 Central-Carroll made a free throw to begin the scoring for both teams but much like the first quarter, the second quarter saw Pickens go on a long run. The Nettes, went on an 8-0 run sparked by buckets from Harwood, Powell, a three pointer by Kealy Hillhouse, and a free throw from Marlee McClure. The Lady Lions put a stop to the run with a bucket by Kaiden Burkes. Pickens made four free throws before the first half was over, to give the Nettes a 25-5 lead over Central-Carroll. 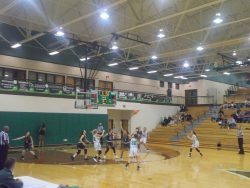 Nettes on offense in the 2nd

The third quarter saw the Nettes go on a 17-0 run to begin the frame as they stretched the lead out to 42-5. Bella Howell, Richards, McClure, Powell, and Caroline Mullins all contributed to the run. Pickens outscored the Lady Lions 22-4 in the quarter to take a 47-9 lead into the fourth. 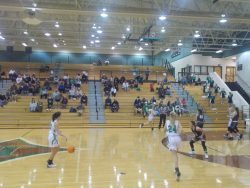 Pickens scored 22 points in the 3rd

In the shortened fourth quarter, Central-Carroll had their best offensive output of the game scoring 7 points. The Nettes, improved their win streak to 10 in a row as they took this one, 50-16.

The Nettes will be on the road on Friday as they head to Heritage to take on the Lady Generals in the 2nd game of their regular season home & home series. Pickens won the previous meeting on December 8th by a score of 73-27. Tip time for this one is set for 7 pm.