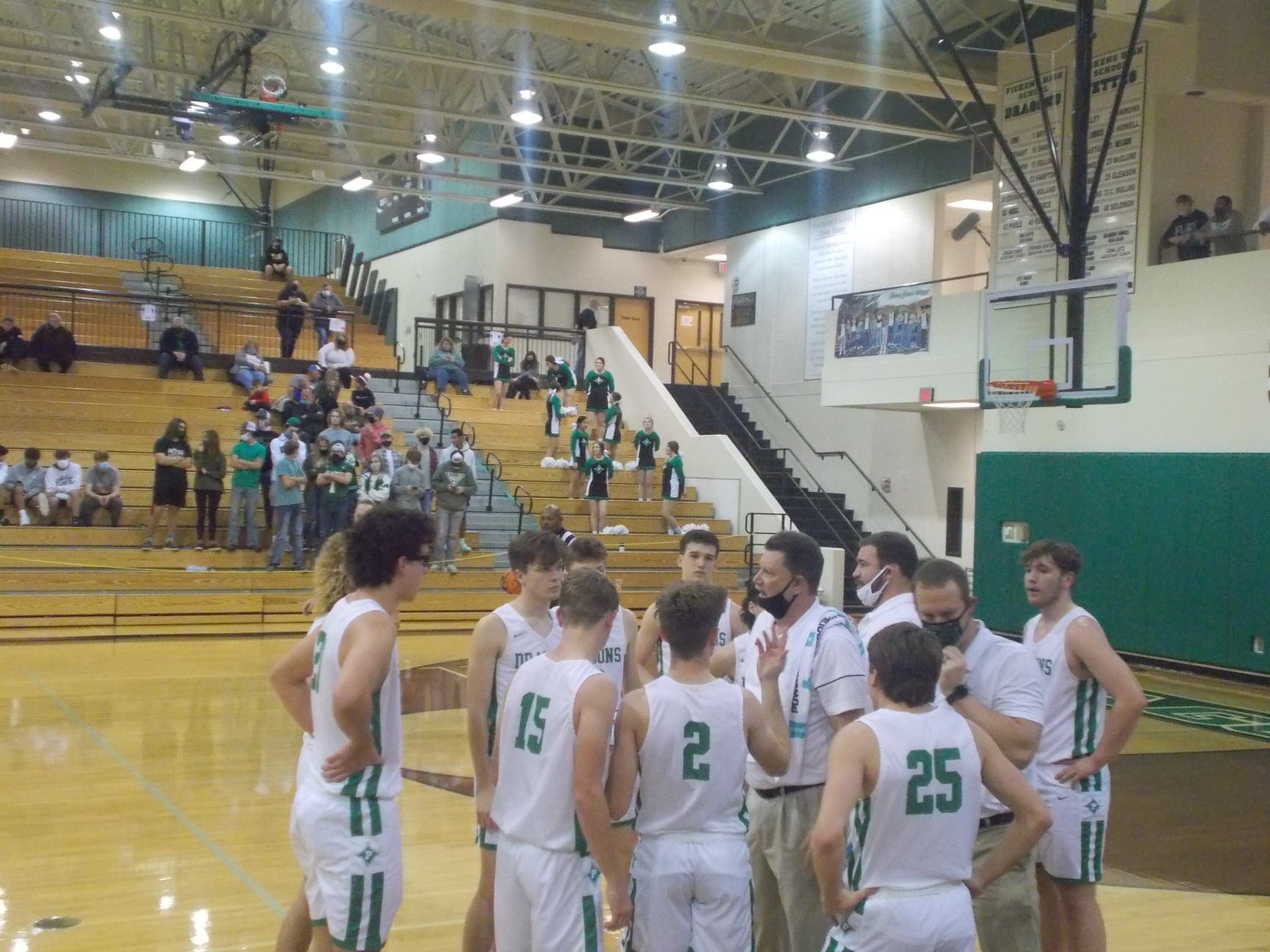 Jasper, Ga — After the Nettes defeated the Lady Lions, the Pickens Dragons took the court to take on the Lions of Central-Carroll. After a tough non-region loss to Dawson on Saturday, the Dragons were looking to bounce back against a region opponent who they had already defeated once earlier in the season. Central-Carroll came in winners of two straight, including a big home win over Northwest Whitfield. After a back and forth ball game, the Lions used a strong start to the fourth quarter to get the 66-54 win over the Dragons.

In the opening quarter, Central-Carroll’s Jacobi Almon got the scoring started with a three pointer. Noah Sutton, quickly answered on the other end for the Dragons as he put in a wide open bucket. The Lions went on a mini 4-0 run to give them an 11-7 lead in the middle of the quarter. Pickens countered with a 5-0 run to reclaim the lead, 12-11. After Central-Carroll quickly retook the lead 13-12, the Dragons ran off another quick 5 points after a bucket by Sutton and a three pointer by Tucker Lowe, to take a 17-13 lead. The Lions ended the first quarter on a 7-2 run to give them a 20-19 lead going to the second. 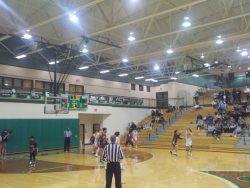 Owen Moss with the basketball

The second quarter saw the same back and forth action that the first quarter had with both teams taking turns scoring. Central-Carroll went on a 5-0 run to take a 31-26 lead. The largest for both teams at that point. Pickens cut the Lions lead to 31-30 with buckets from Sutton and Moss. After a bucket from Central-Carroll, Lowe went on a personal 4-0 run to give the Dragons a 34-33 lead. The Lions’ Joseph Bell hit a three near the end of the half to give Central-Carroll a 36-34 lead going to the break. 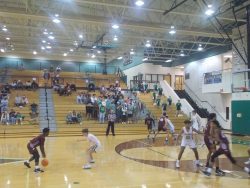 Dragons on defense against the Lions

Midway through the third quarter, after cutting into the Lion lead and making it 43-41, Central-Carroll went on a 6-0 run to give them a 49-41 lead. A three pointer by Lowe cut the lead down to 49-44. The Dragons used a trio of free throw to cut the Lion lead down to 51-47 as we hit the fourth quarter. 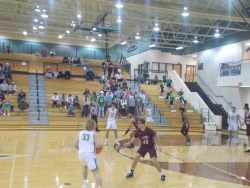 Pickens looking for an open shot

In the fourth quarter, Xavier Adams of Central-Carroll went on a personal 9-0 run to make it 60-47 Lions. After a tough start to the quarter for the Dragons, Moss was able to hit a three to cut the lead to 60-50. From then on, Central-Carroll was able to make a couple of late free throws to pick up the win, 66-54.

Pickens, will be back on the road on Friday night as they match up against the Generals of Heritage. This will be the second game of their home and home series for the regular season. Heritage took the first game on a last second shot last month. Tip time for this one is set for 8:30 pm.