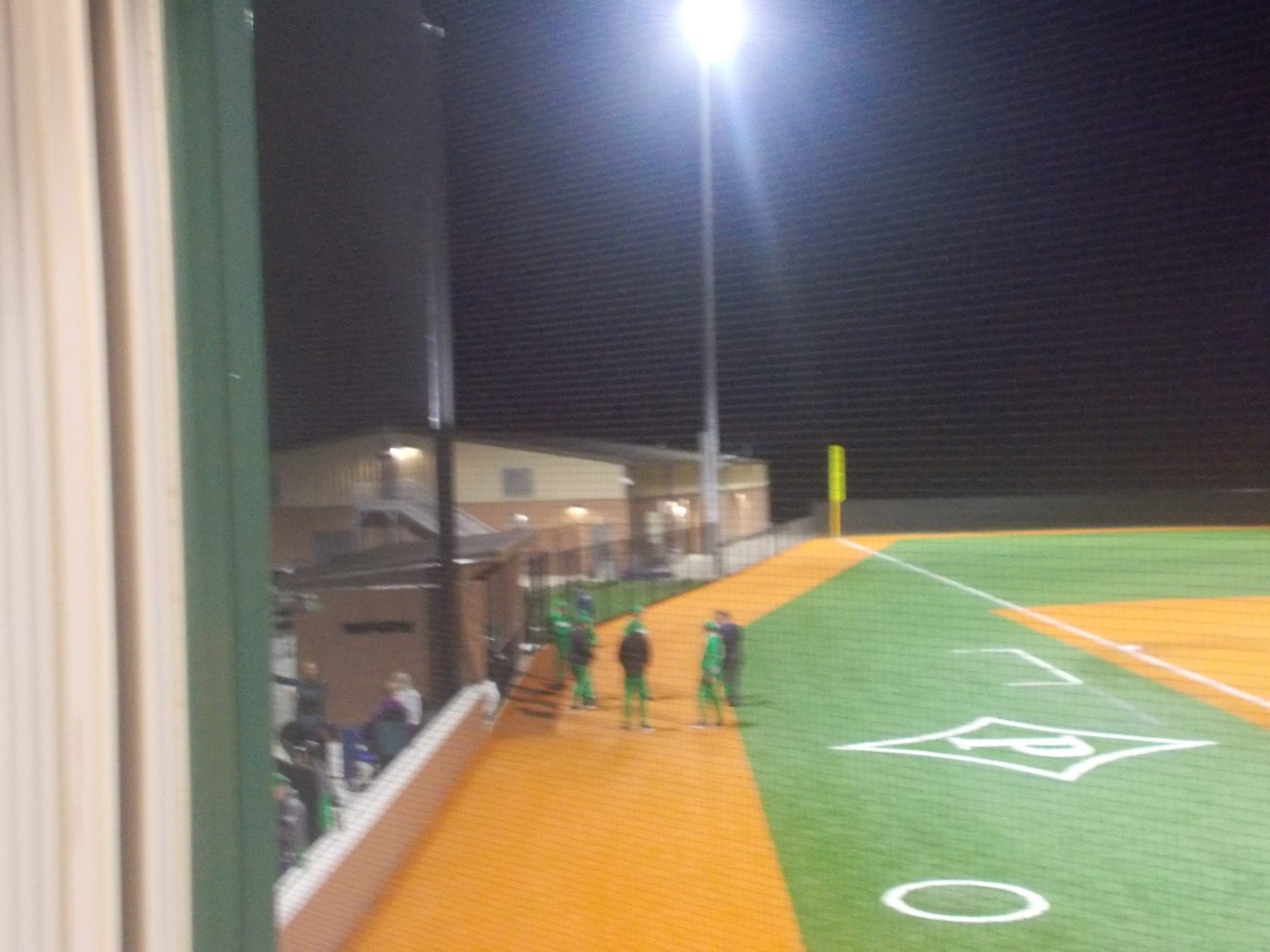 Pickens, County Ga — The Pickens Dragons baseball team (4-0) have started the 2021 season off on an exciting note. They opened the season with an 8-7 comeback win at Dawson on February 17th. The Dragons again defeated the Tigers at home, 10-7 on February 18th. On Tuesday, February 23rd, the Dragons traveled to Lumpkin and defeated the Indians, 16-7. On Thursday, February 25th, Pickens welcomed their rival, the Gilmer Bobcats (1-3), to Dunn Field for a non-region contest. This game, was originally scheduled for Friday, but was moved up due to impending weather. The Dragons kept their hot start to the season going with a 13-3 win over the Bobcats in 5 innings.

In the top of the first inning, the Bobcats were unable to take advantage of two Dragon errors as Dragons starter Seth Densmore forced a ground out to send us to the bottom of the inning. In the bottom of the first, Connor Shouse led off with a walk, Anthony Antinozzi reached on an error, Hunter White drove in Shouse with a single, Densmore drove in Antinozzi and White with a double, Drake Sutton walked, Jarod Whitmore drove in courtesy runner Parker Rhodes and Sutton with a 2 RBI ground rule double, and Trace Ledbetter drove in Whitmore. Going to the  2nd, the Dragons led the Bobcats, 6-0.

In the top of the 2nd inning, Brock Titus led off with a double for the Bobcats. With 1 out and the bases loaded, Densmore got out of the jam by striking out the batter for the second out, and picking off the runner at 2nd to send us to the bottom of the frame. In the bottom of the 2nd, Antinozzi led off with a walk, White followed with a double, Densmore drove in Antinozzi on a ground out,  and Sutton drove in White with another grounder. Going to the 3rd, Pickens led Gilmer, 8-0.

In the top of the 3rd, Jess Buckner led off with a single, Spencer Merritt drove in Buckner with a single, Titus then drove in Merritt with a single. A 3rd run came across to score after Seth Darling was hit by a pitch with the bases loaded. The Bobcats were looking for more, but a Kobe Stonecipher line drive was caught by James Tilley to send us to the bottom of the 3rd with the Dragons ahead, 8-3. In the bottom of the 3rd, after a 1-out single by Tilley, Shouse reached on a fielders choice, Antiozzi walked, then White walked to bring in Tilley. Densmore, drove in Shouse and Antinozzi with a double, and Sutton brought in White after a grounder to make it 12-3 Dragons going to the 4th.

JP Nunn came on in relief of Densmore in the top of the 4th for the Dragons and pitched well. Nunn collected a strikeout, and got the Bobcats to fly out to Rhodes on consecutive at bats to send us to the bottom of the inning. Pickens, looked to add to their lead in the bottom of the 4th, but left two runners stranded as we would head to the top of the 5th, still 12-3 Dragons.

Nunn needed just three pitches to get out of the top of the 5th as he induced a line out to Tilley, a grounder to Tilley, and a fly out to left field on consecutive pitches to send us to the bottom of the 5th. Rhodes got things started with a 1-out single, Nunn followed that with a single, Harlan Will got hit by a pitch to load the bases, and Whitmore drove in Rhodes to give the Dragons the 13-3 win over the Bobcats in 5 innings.

The Dragons, will be back on the diamond on Saturday as they host the Murray County Indians and the Wheeler Wildcats. The baseball filled day starts off with Dragons taking on Murray County at 10 am. Murray will then turn around and play the Lumpkin County Indians at 12:30. Lumpkin, will then play Wheeler at 3. The final game will see the Dragons take on the Wildcats at 5:30.