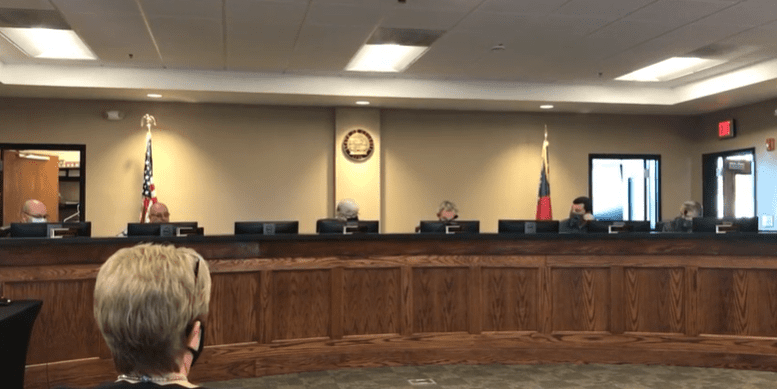 In a meeting that lasted no more than six minutes, the school board went straight to business without a pledge or invocation. 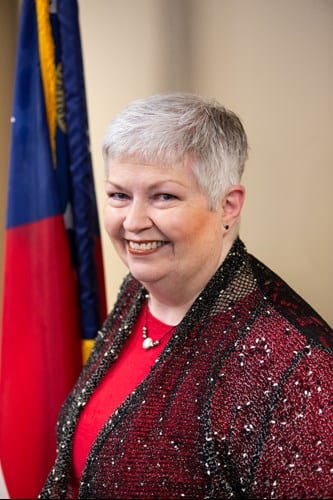 Ultimately, the board voted 3-2 to terminate Townsend’s contract. Board Chair Sue Finley and Board Members Aaron Holland and Steve Smith voted in favor of the termination. Vice Chair Tommy Gartrell and Board Member Tucker Green both voted not to terminate.

Perhaps the evening’s biggest surprise was the lackluster crowd that barely made a dent in the room. The 4 p.m. start time didn’t help matters as the meeting either conflicted with work schedules or school athletic events were happening that night.

Prior to the vote, Board Member Tucker Green openly voiced his objection, calling the decision “reckless.”

“This is a reckless decision, and it’s not in the best interest of our students or our district,” said Green. “We need to get back in a position in this community and in this school district where we focus on the students we serve.”

Board Member Tommy Gartrell echoed Green’s opposition as he talked about the economic consequences in the future.

“I want to make clear, there are better use for our resources financially than this decision,” said Gartrell.

Early on during the process, Finley was optimistic that a budget-neutral resolution could be reached with Townsend not leaving but instead taking on a revised role within the school system. However, based on the results of yesterday’s decision, Townsend and the school board were too far apart. Ultimately, this leaves taxpayers on the hook.

After the meeting had adjourned, FYN asked Finley for further comment regarding the board’s reasoning to let Townsend go. Finley referred us to Phil Landrum, attorney for the Pickens County Board of Education. He, too, declined to comment.  Finely abruptly left the building with a police officer by her side.

Through a press release later that day, the school board did acknowledge that while the termination was amicable, Townsend’s dismissal is without cause. 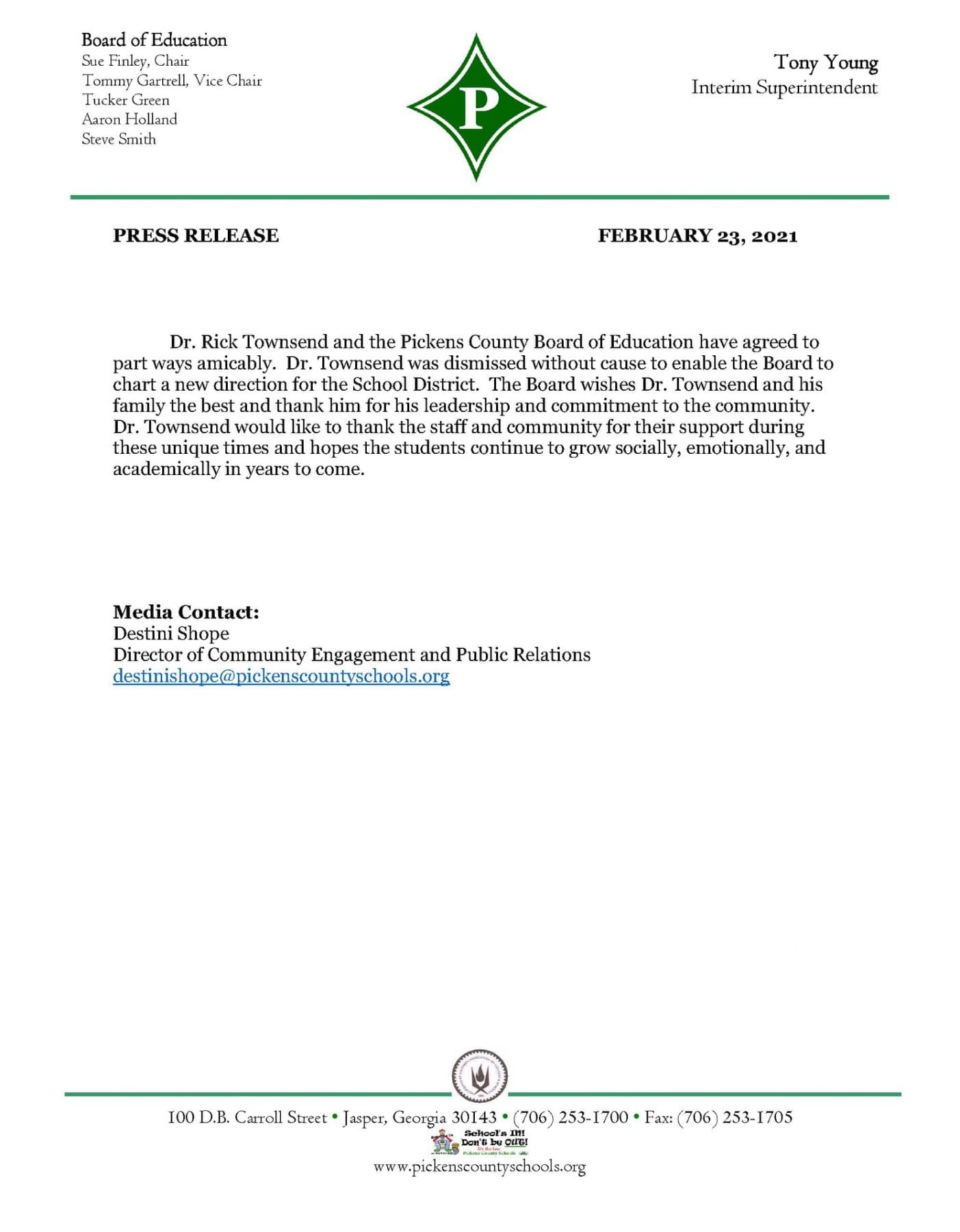