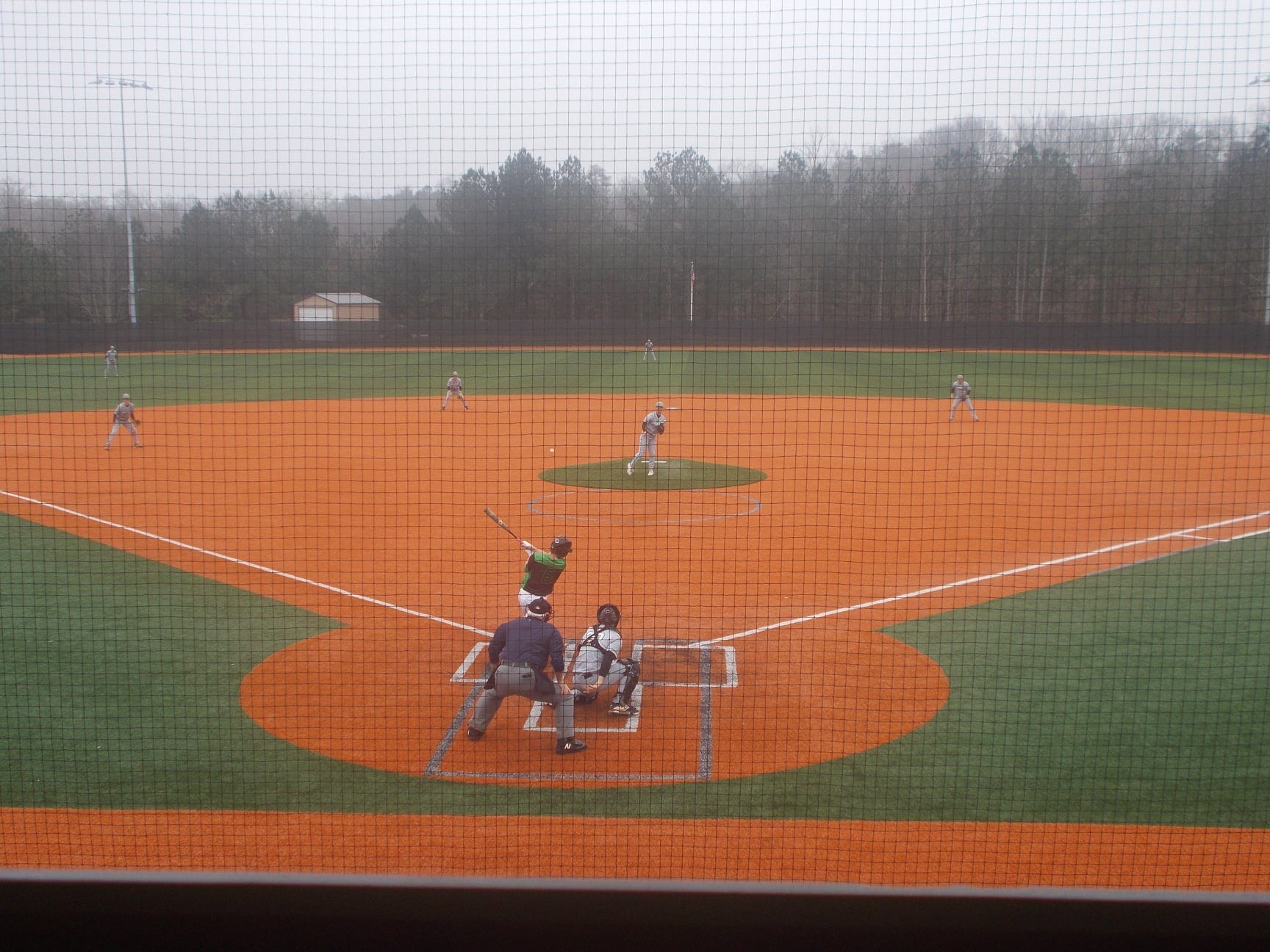 Pickens County, Ga — It was a baseball filled Saturday in Jasper as the Pickens Dragons (5-0) welcomed the Murray County Indians (4-3) to Dunn Field for a mid-morning tilt. Coming into the game, the Dragons were undefeated and looking to continue their fast start to the early season. The Indians of Murray County came in winners of two straight after shutting out Osborne and defeating Gordon Central by a run. A big bottom of the 3rd for the Dragons broke things open as Pickens defeated the Indians, 14-4 in 5 innings.

In the top of the first, the Indians plated two runs on 2 hits to take an early 2-0 lead. The Dragons, came back in the bottom of the first and were able to cut the Murray County lead in half after Anthony Antinozzi drew a 1-out walk, and Hunter White drove him in with an RBI single. We would head to the second, with the Indians ahead of the Dragons, 2-1.

After issuing a lead off walk to start the second inning, Dragons starter Jackson Moore settled down by picking up his second strikeout and sending us to the bottom of the frame. In the bottom of the second, the Dragons scored 4 runs after a 1-out, 2-run double by James Tilley, and an RBI single from Connor Shouse. Shouse stole 2nd and 3rd base, then scored after Antinozzi reached on an error. Going to the third, Pickens led the Indians, 5-2.

In the top of the 4th, Tilley came on in relief of Nunn for the Dragons. Tilley would give up 1 hit in the top of the frame, but that would be it. Going to the bottom of the inning, Pickens led Murray County, 12-3. In the bottom of the 4th, Tilley reached on an error, and would later score after back to back hits from Shouse and Antinozzi to make it 13-3 Dragons going to the 5th.